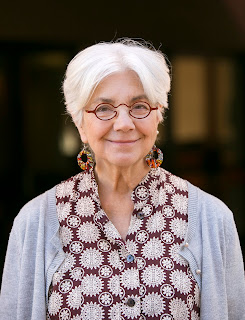 Barbara Sapienza is the author of the new novel The Laundress. She also has written the novel Anchor Out. A retired clinical psychologist, she lives in Sausalito, California.

Q: How did you come up with the idea for The Laundress, and your character Lavinia Lavinia?

A: Lost and unmoored Lavinia Lavinia came to me asking me to listen to her story. She wanted to be on my page. Her habits were clear:  a gum chewer who wears a tuxedo jacket; a student-teacher who drinks too much espresso; a dancer who has a best friend named Kinky Mantoya with a curandera as a mother.

I adopted and christened this 26-year-old as Lavinia Lavinia, first and last the same, like my Italian-American friend whose first and last name were the same until she married.

Because I love to do laundry, to hang the sheets and clothes on the line, and to iron I started with that and then moved into the darker cave of the story, which I didn’t yet know or knew only in my subconscious.

My mother loved laundry tasks and her mother too. I was following down the line. Women for centuries have stood by the rivers and streams, and then the lavanderies, washing pools, gathering together in community to wash clothes, to chat and gossip as their children played and splashed in the water. Some women washed on their knees in repentance.

Lavinia Lavinia would be one of those children who would stand up to recover her story.

To find herself Lavinia Lavinia turns to doing laundry in other people’s homes. Laundry is a sacred ritual for her, which refreshes and restores what is soiled. This cleansing ritual feeds her so she can remember and ask in a louder voice “Who Am I?”
Q: The novel is set in San Francisco--how important is setting to you in your writing?

A: Lavinia is shaped by San Francisco, whose traditional neighborhoods are almost characters in the novel, Italian North Beach and the Hispanic Mission District. 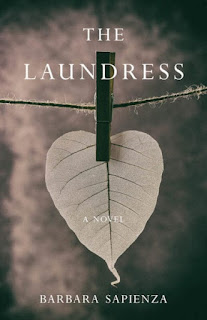 As a child, she was brought to San Francisco from Naples and grew up in North Beach with her aunt and uncle. As a young adult she has moved to the Mission, but revisits North Beach for her work as a laundress. The pastry shops and espresso bars she frequents there take her back to her Italian roots and summon almost forgotten memories of her mother

Living in the Mission District, she comes in contact with a curandera, Mercedes Montoya, an immigrant from Mexico and mother of her best friend Kinky. Mercedes mothers Lavinia, feeds her, and teaches her about finding la querencia, her safe place to stand.

A writer friend wrote an endorsement:

I enjoyed the company of tequila-drinking, bubblegum-chewing, dancing Lavinia, the laundress, who took me on a no-tech tour of San Francisco, getting her hands into clients’ dirty laundry and cleansing family secrets, including her own.  Sapienza elicits sympathy for her Italian immigrant heroine who has more ups and downs than San Francisco has hills, but whose travails and travels left me happy and hungry for Mexican food and espresso.
-Ann Ludwig, freelance travel writer, The New York Times

Q: What do you think the novel says about secrecy?

A: Lavinia’s mother’s death was never explained to her and the history holds her back. She’s afraid to ask and, fearing she might somehow be responsible, protects relatives from revealing the truth. Secrecy is the ghost that lives in Lavinia’s house as a shadow figure following her.

As a psychologist I’m interested in how family secrets, especially related to traumas, affect everyone involved. Well-intentioned adults can preserve a secret that becomes a barrier among all of them. Lavinia’s quest to find the truth drives the novel and dramatizes the consequences of secrecy.

Q: Did you know how the book would end before you started writing it or did you make changes along the way?

A: No, I didn’t know how the novel would end when I began writing. I relied on the characters to take me along on their journey.

The surprise came to me at the end of the story as a gift.  In this novel I discovered I was writing about my grandmother who also came to the United States from Italy as a 4-year-old. Her father then disappeared.

Catherina, my nonna, didn’t chew gum, wear a tuxedo jacket with thin lapels, or dance but she made a mean pizza, rolled pasta on a metal rod, rubbed my back in the tub, and told me stories about my proud grandfather, who like Lavinia’s grandfather was a jealous and a prideful man.

Once when traveling on a bus and a man stared at my grandmother, my grandfather followed the man off the bus and punched him in the nose.

A memoir, Lagrimas Dulce or Sweet Tears, and a fairytale novel, The Dream Being. 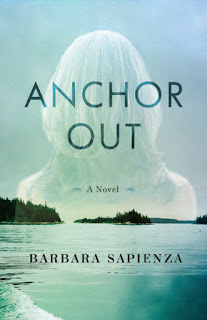 The Dream Being, A Novel, set in modern-day San Francisco is based on an old Russian fairytale, Vaselisa the Beautiful. The Dream Being is a coming-of-age story.

The protagonist, Elena, lives in an attic room of Russian Church of Our Lady in San Francisco with a priest who has raised her after finding her as an infant.

Like Vaselisa in the fairy tale, Elena has been given at a doll who lives inside her pocket and perhaps her heart and guides her through childhood into her initiation with Baba Vera, the good, but harsh, witch. Frank, a San Francisco taxi driver inadvertently brings the bad witch to Elena’s house and then tries to save Elena.

This is a story about female intuition based on Clarissa Pinkola Estes’ analysis of the Russian fairytale in Women Who Run with Wolves.

As with Frances Pia (Anchor Out 2017) and Lavinia Lavinia (The Laundress, 2020), Elena in The Dream Being allows feminine intuition to guide her toward her destiny in the form of the choices she makes. Though these women don’t know their destination, they move on the path toward their inner home.

Sweet Tears, a memoir in progress, is written in short segments as a reflection on those mysterious and magical figures in my early life; the Italian and Sicilian immigrants, their ancestors and progeny, who seem to lead the show, except when I can reflect and make a different choice. Sweet tears and yelling punctuate the stories.

This quote by Hafiz speaks to my motivation in writing these memoirs:
“Don't surrender your loneliness so quickly. Let it cut you more deep. Let it ferment and season you as few humans and even divine ingredients can. Something missing in my heart tonight has made my eyes so soft, my voice so tender, my need for God absolutely clear.”

A: When my book was going to press, I realized I had written about my grandmother Catherine who came from Sicily as a 4-year old.

She too had been abandoned, not by her mother, but by her father, who soon after their arrival by sea, returned to Sicily to start another family. She never heard from him again.

She too grew up in the Italian section. Boston and not San Francisco.

She too might have felt responsible for his leaving. Maybe she cried too much on the passage over.

She too didn’t really know what happened. He disappeared.

Then more than 120 years after her birth, she resurfaced in my unconscious mind to be seen through Lavinia.

My favorite authors: Carson McCullers, Flannery O’Connor, Kent Haruf. Chris Cander, The Weight of a Piano and Whisper Hollow.
Vanessa Diffendorf, The Language of Flowers. Delia Owens, Where the Crawdads Sing. Ocean Vuong, On the Earth We Are Briefly Gorgeous. Leonard Cohen, The Book of Longing. Gwendolyn Brooks, Maud Martha.