Nancy Star is the author of the new novel Rules for Moving. Her other novels include Sisters One, Two, Three and Carpool Diem, and her work has appeared in a variety of publications, including The Washington Post and The New York Times. She lives in New Jersey and Martha's Vineyard.

Q: How did you come up with the idea for Rules for Moving, and for your character Lane?

A: The kernel of the idea for Rules for Moving grew out of a thought I had over 15 years ago!

The thought came during a terrible mix-up: I was doing a carpool favor for a mom and for reasons I still don’t understand, when her middle-school aged daughter got in my car in front of her house, someone reported to the police that the girl had been abducted.

I had no idea this had happened until I took her home two hours later and found police outside her house, along with half the neighborhood.

It only took a few moments to clear things up, but in those moments I was hyper-aware that if I had behaved in any way outside the norm, been too loud, been too quiet, been driving a beat-up car with out of state plates, things could have gone another way. 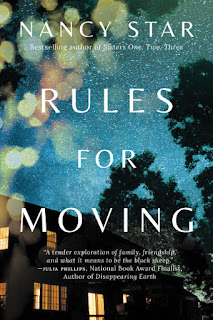 That moment stayed with me for years, and the questions that came in that moment, about how it feels to be seen as an outsider, grew into this novel.

Enter Lane Meckler. Strangers think she has it all. An enviable job as an advice columnist, a charismatic husband who other people adore, and a perfect, beautiful child. But nothing is as it seems. An odd duck with a big heart, she was exactly who I needed to tell this story.

A: I never know how a novel will end when I start it! I often don’t know what will happen in the middle!

What I start with is what I’m curious about. In this case it was my curiosity about people who are seen as different. Then I figure out the character who’s going to tell the story. With those two things in place, I start writing. 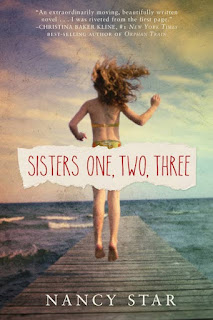 In the first draft I’m watching the story unfold, just like the reader will, later. The magic happens when I’m revising. I work long and hard, draft after draft, so that when I’m finished, everything that happens feel seamless—as if I had carefully planned out every detail from the start!

It’s a huge act of faith, writing blind. But the pay-off is that the surprise and wonder I feel while writing that first draft, remains for the reader to feel when they finally read the finished book.

A: I am a huge fan of advice columnists. I wrote a letter to Dear Abby when I was 13 years old and I’ve been hooked ever since! I love reading a well-written advice column that’s snappy and confident! I had a lot of fun writing the advice columns woven through the novel. 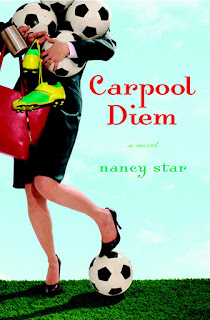 Behind the scenes for advice columnists, it’s another story. Sure, there must be some who are totally confident everywhere they go. But not all of them.

Like all people in the public eye, there can be a disconnect between the public face and the private. And it’s not reserved for advice columnists. Have you ever admired an actor based on their great work on screen and then watched them give an interview on a talk show and thought, What a jerk! (I have!)

A: Though the novel is about someone who feels very separate from the world, my hope is that people reading it will feel a sense of community, that we are all in this big messy stew of life together.

My greatest pleasure as a reader is discovering that a writer who I don’t know, feels exactly what I have felt. That’s what I hope my readers experience too. That flash of recognition that makes us all feel less alone.

Oh, and one more hope: that readers fall in love with little Henry! I fell in love with him while writing this novel and he’s so real to me, I miss him!

A: I’m working on a story set in the 1970s, and I’m honestly thrilled that I happened to be writing in a different time period right now. If I had been in the middle of writing a novel set in the present, I think I’d have a hard time finding the right tone.

A: Here’s a few things about me that really inform my writing: I cry easily, I laugh easily, and I spend a lot of time thinking about what it means to be a human!