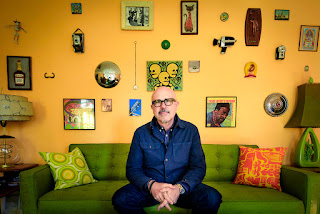 Michael Zadoorian is the author of the new novel The Narcissism of Small Differences. His other books include Beautiful Music and The Leisure Seeker, and his work has appeared in a variety of publications, including The Literary Review and Beloit Fiction Journal. He lives in the Detroit area.

Q: You've said that with your new novel, you wanted to write a comedy of manners. Why, and how does this novel fit into that tradition?

A: I’d long admired the books of Dawn Powell which I would definitely consider comedies of manners. She often wrote about the circle of creative types that she hung out with in 1940s and 1950s New York City.

The books are timelessly funny, but they’re also so good at evoking their period. I wanted to write something like that of my time, of my generation -- our challenges, our conflicts, our fears, our generational quirks, our obsessions with the ironic, and the expectations that people had for us. I also wanted it to take place in Detroit, my hometown.

Like most comedies of manners, The Narcissism of Small Differences definitely takes place within a particular social stratum. It’s the world of Joe and Ana, a Gen X “Creative Class” couple who are living in the Detroit area just as the city is bottoming out at the end of the Oughts.

Their friends are much like them, musicians, artists, writers, people who do something creative, either as a living or as a side hustle. Certainly, these types of folks are fictionalized plenty, but it’s usually in a place that the world thinks of as a hotbed of artistic endeavor like Brooklyn or Los Angeles or San Francisco, certainly not Detroit.

I wanted to write about being a creative person in a place that no one expects to be creative.

Q: How did you come up with your characters Joe and Ana, and how would you describe their relationship?

A: I have experience both in advertising, as a copywriter and as a struggling fiction writer, so both the characters kind of came naturally to me. I was happy to have the chance to write about life as a creative person in a working-class factory town like Detroit, where we are pretty much taught from birth that no one owes you a living. You have to work.

My parents were fine with me being a writer, but there was also the aspect of “How are you going to make a living as one?” That was a big influence on me. So the book is a lot about work, the compromises we make to survive and the people we become as a result of those compromises. That’s where Joe and Ana find themselves in this period of their lives.

Ana is thriving as an advertising art director. More than willing to buy in, she knows that advertising isn’t going to help the world become a better place, but neither is her being poor and hungry. She’s just happy to make a living by doing something creative, which is how a lot of people in advertising feel. 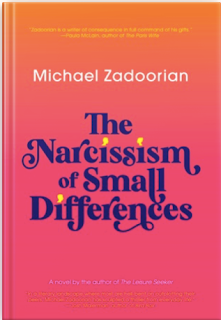 Joe, on the other hand, is a failed fiction writer struggling to make ends meet, having cobbled together a free-lance life that’s somehow even less lucrative than it was when he started. Where Joe had once worried about “selling out,” he now realizes that nobody even cares. He’s made it to 40 without ever having had a steady job. He’s lived a writerly delusion, but it’s not hard to see that he’s been basically mooching off Ana and her lucrative career, while conveniently sneering at it from a safe distance.

So Ana is stuck between wanting to succeed yet feeling bad about the unsavory aspects of advertising, while Joe is caught between his faded literary dreams and his fears that he hasn’t accomplished anything of worth in his life.

A: The title for this one was difficult. Initially, it had a couple of different names. For a long time, it was called Broken Hipsters, which is a name a character uses to mock Joe and Ana about their age.

But when Akashic accepted the book, we decided there was too much negative baggage with the word “hipster,” so I started cranking out names. I threw The Narcissism of Small Differences in one list, figuring it would be an outlier, that probably no one would like it, yet I still thought it was arresting.

I was thrilled when everyone reacted so positively to it. It’s one of those titles that doesn’t make direct reference to anyone or anything in the book but just feels like the book. So far, it’s gone over well.

For me, there’s one particular part of the book that feels the most like the title. It’s where Joe makes reference to Elaine Dundy’s book The Dud Avocado, specifically the part where the lead character Sally Jay Gorce refers to a group of expatriate non-conformists as “so violently individualistic as to be practically interchangeable.”

I think that statement is very much about how we all are striving to be such individuals, when in reality, we’re all pretty much the same mess, but with different clothes. 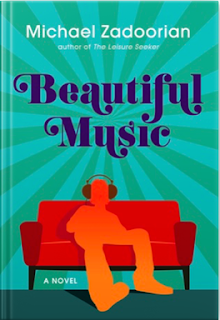 Q:  Once again, you've set your novel in the Detroit area. How important is setting to you in your work?

A: Seems like I’m always writing about Detroit. I can’t seem to help it, but I’m absolutely fine with that. I’ve lived here all my life and it’s what has made me a writer. Detroit’s always been a good place to make stuff, not just cars. It’s a very creative place, overflowing with poets, writers, artists, musicians, rappers, sculptors, DJs, painters, you name it.

The creative community here is amazing. I’m proud to be a part of it.

As for the book, Detroit in the late aughts wound up being a great setting. The city was in financial chaos, literally falling apart, but even then, grasping toward some new identity not yet revealed, just like many of the characters in the book. There was also the imminent collapse of the auto industry, so a lot of desperation was in the air.

For all those reasons, the city itself is an important character in the book, strongly influencing and impacting the people who inhabit it.

Full disclosure: When I wrote The Narcissism of Small Differences, it wasn’t a period piece! I was currently living in the period itself, convinced that what the world needed was a comedy of manners about an unmarried, childless couple and their friends living in a city that America considered a necropolis of abandoned buildings, abandoned hopes and dreams, and full of people who didn’t realize that Detroit was a place you fled.

I had innocently thought, as I am always wont to think, that publishers would want this book, especially after I had just sold my second novel to a major house, where they had already optioned the movie rights! How could this thing miss?

It missed. Everyone praised it, but nobody wanted it. It was the thing that no novelist wants to see happen. So there it was: the unwanted novel in the drawer (a virtual drawer, mind you, but still dark and unopened). I left it there but did not forget about it.

Then the unthinkable happened. Detroit started to come back. We became the New York Times mascot city. They wrote about us all the time.

Things began to change. Industries and investors started to come back, millennials wanted to live in cities again, “Start-ups” and “Tech Hives” and “Creative Hubs” became phrases Detroiters heard and read over and over. Sure, there was still no shortage of problems, but things definitely felt like they were changing. 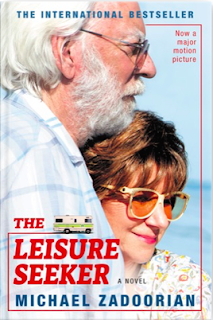 One of the strangest things Detroiters had to get used to was that the national conversation about Detroit had suddenly changed. We were no longer a late-night talk show punch line. The media, in its capricious way, had decided that we were no longer the blighted shame of America, but its new Comeback Kid.

It’s all bullshit, of course. I mean, things have definitely changed, but there’s still a long way to go. Yet there’s so much more hope and positivity here now. I really believe that when the story changed about Detroit, so did people’s feelings about this book.

A: I’m working on a new novel called The Classicist. I would call it a spiritual sequel to my last novel Beautiful Music. I like to call it “the sequel that nobody asked for.”

Seriously though, whereas Beautiful Music was about Danny, a teenage boy coming of age through music in 1970s Detroit in the turbulent years after the ‘67 uprising, The Classicist follows the same character over four decades later.

Danny, now Denny Daniels (among other on-air monikers) is a washed-up Classic Rock DJ with hearing problems, two ex-wives and a taste for booze and pills, working in a crappy little radio station in mid-Michigan. He’s been playing the same Classic Rock music, the music he adored as a teenager, for the past 40-plus years.

Needless to say, he feels differently about it these days, but when the possibility of a national job at a satellite radio station arises, he sees it as his last chance at redemption.

Strangely enough, it’s the book I set out to write six years ago but got diverted by the character’s teenage years. I think I wasn’t ready to write this one yet. (More proof that everything doesn’t always happen at the time when it’s supposed to.)

There’s a lot in it about music, identity, voice and the need to be heard, but also the waning yet still blustering influence of the baby boom generation, trying to hang on to youth when mortality is encroaching, and maintaining a dream when hope and time are leaking away.

A: I will be at the Los Angeles Festival of Books in October. I’ll also be doing other events, which you can find on my website, michaelzadoorian.com. And of course, I’m on Facebook, Twitter, Instagram, and Goodreads.