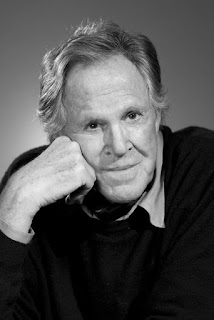 Nathaniel Lande is the author of the new historical novel While the Music Played. His other books include Spinning History. He has held various posts within Time, Inc., including as creative director for the magazine group; and with NBC and CBS.

Q: How did you come up with the idea for While the Music Played, and for your character Max Mueller?

A: For some years I’ve been a historian.

I researched World War II while earning my doctorate at Trinity College Dublin. The underpinnings of my thesis focused upon Politics and Propaganda in World War II.

I came to realize there was an opportunity to craft a new and compelling, cinematic narrative. I came across Terezin. After learning and seeing a revival of Brunderbar, a children's opera written by noted composer Hans Krasa and performed at Terezin for the International Red Cross during an inspection when the camp became a deception of enormous proportion, I felt it could be background centerpiece for an amazing story. 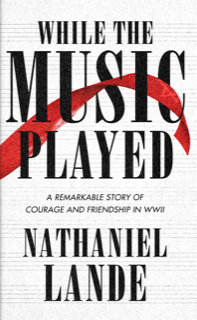 I decided that its leading characters, young Max Mueller, and his father, The Great Viktor Muller, might be fitting for a compelling narrative.

Q: How did you conduct your research for the novel, and did you learn anything that especially surprised you?

A: I spent eight months on Prague, Berlin, London, and Terezin, making friends, learning from colleagues and fellow historians, and researching. Having headed TIME World News Service served me well, with journalistic tools to craft dispatches, each a story unto its own.

Q: What do you see as music's role in the novel?

A: Having authored 12 books, I’ve come to learn that as a storyteller, it's essential to become one with the reader, a companion, and, in this case, a lyrical journey with characters that I suspect readers will come to love. 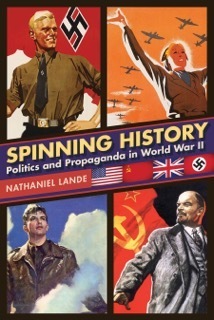 I think the narrative which begins on the back flap sums it up nicely:
We were the dreamers of dreams, the singers of songs. We were the music makers. We would not hear nor play nor love without each other. This is a prelude to our experience, an overture to who we were and how we arrived on the shores of friendship.
Music speaks to us in a very personal way.

A: I used a literary device for a new generation of readers—threading  the book with news accounts of the war, with stories about and told by real and fictional characters.

The meaning of love and friendship, courage and survival, and how music inspires and carries memory.
Q: What are you working on now?

A: With apology, that’s difficult for me to express. If I tell it, I might not write it. So I keep ideas to myself. I always have a narrative in work, a process, thinking, researching, and letting ideas season before words take the pages.

A: I can only restate, While the Music Played is a lyrical story told from multiple points of view and from a different perspective. The pages read over World War II landscapes in Prague, London, and Berlin, with scenes of courage and survival, love and friendship, ultimate life and death consequences, indeed the stuff of drama.