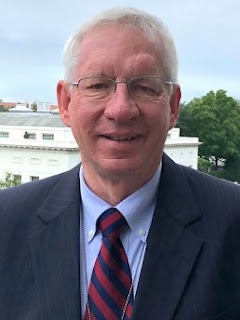 Donald F. Kettl is the author of the new book The Divided States of America: Why Federalism Doesn't Work. His other books include Can Governments Earn Our Trust? and Escaping Jurassic Government. He is the Sid Richardson Professor at the Lyndon B. Johnson School of Public Affairs at the University of Texas, and he lives in Austin, Texas.

Q: Why did you decide to focus on federalism in your new book, and why do you think, as the book's subtitle states, that it doesn't work?

A: I began my career by looking carefully at federalism—how the federal government decided in the 1960s and 1970s to launch a major revolution to improve the lives of Americans by enlisting state and local governments as partners.

However, in the years since, two things have happened. Every sinew of American federalism has radically changed—but the attention of the academic community has drifted away from this issue.

So I set out to rediscover the roots of federalism: to give a fresh look at the issues that launched my own career, and to make a searching examination of the basic issues that so preoccupied and worried the nation’s founders.

Without the invention of American federalism, there would never have been a truly united collection of states in America.

We often focus a great deal on the genius of the founders in creating the delicate balance of powers among the three branches of the federal government. But we tend to overlook the essential foundation for the branches on that tree.

After having defeated the most powerful army in the world, the founders had to figure out just what kind of government they wanted to build, and for which they could build political support.

That meant finding just the right balance between a national government strong enough to defend the country and to keep it from spinning apart, along with state governments strong enough to allow them to keep their identity and their differences. The result was the peculiarly American invention of federalism.

It’s done a remarkable job of accomplishing those goals in the centuries since. But, along the way, a deep and increasingly dangerous pathology has developed. 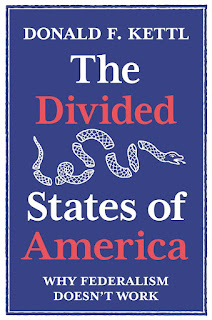 Since the 1970s, the states have increasingly moved in different directions, with state decisions increasing inequality. As a result, the government we get increasingly depends on where we live. That, I think, is why federalism increasingly doesn’t work.

Q: One major theme of the book is inequality. How would you define inequality as it relates to federalism, and how have the two coexisted over the decades?

A: In the second half of the book, I look carefully at how different states have approached a wide range of policy issues, from health care to infrastructure to education. I was curious about how federalism produced different results, and I wasn’t sure what I was going to find.

I was, quite frankly, pretty surprised to discover that there are such big differences in outcomes between the states; that the differences are growing; and that the underbelly of the large problem of inequality in the United States is the product of conscious decisions and different resources in the individual states.

The poverty rate, for example, is very different in Mississippi, Louisiana, and New Mexico, compared with New Hampshire, Minnesota, Connecticut, and Maryland. That’s a phenomenon we understand well. 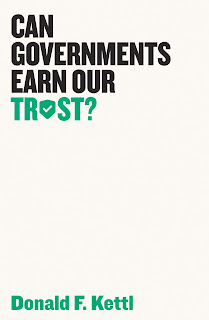 But, in general, there are clusters of states where the quality of drinking water and air quality, the condition of bridges, educational attainment, and the imprisonment rate also vary greatly. And it turns out that, on these and other measures, the difference between these clusters of states is increasing.

We worry so much about polarization, but there’s a lot of evidence that polarization is connected with inequality. Because the states are driving inequality in so many areas, they’re also driving an increase in polarization.

So not only do we need to be concerned about the policy outcomes. We need to worry about how these differences are destabilizing the country.

Q: Looking at today's situation with the coronavirus pandemic, how would you describe the dynamic between the states and the federal government?

The federal government has pursued a consistent policy, in part by design and in part through inadvertence, of declining to take responsibility for defining the problem or owning the solution. There’s been a strong incentive, though, to take credit for steps forward and to urge a reopening of the economy.

That’s left the states and their governors to carve their own paths. In the beginning, the virus was portrayed as a blue state kind of problem.

But after it picked up a fierce momentum, the governors’ decisions about whether to lock down their economies didn’t necessarily follow the seriousness of the outbreak, as defined by the death rate. Rather, those decisions fell into the same kinds of patterns that had developed in the previous generation of federalism.

For example, the Affordable Care Act—Obamacare—gave states the option of whether to expand the Medicaid program to cover more lower income residents. Among the states, 35 decided to expand the program, and 15 did not. 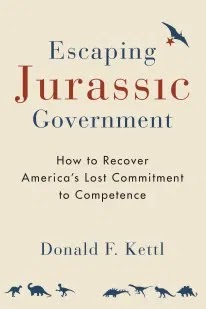 Among the 35 states that expanded the program, 80 percent locked down their economies in the first wave, by the end of March. But among the 15 states that did not expand Medicaid, just 36 percent had March lockdowns.

The pattern of these decisions turned out to be part of a much wider policy river that has been flowing for some time.

The result has been substantial differences between the states—and growing friction between the federal government and the states. The virus, of course, pays no attention to state boundaries, and these frictions have meant that the nation’s response to the virus has depended on where people live.

A: These differences are of enormous importance, both in providing the best possible care to citizens and in building trust among citizens about their government.

The book, I hope, will provide readers with a sense of where these forces came from, why they matter, where we might be headed in the future—and why it matters.

A: I’m looking carefully at the lessons of federalism for Covid-19—and the lessons of Covid-19 for federalism. The issues we’ve seen in the initial response will be even more important as the nation works to recover from this crisis.

We’ve certainly discovered that in the government’s response to the virus, from the front-line heroes like doctors and nurses and emergency medical workers who have delivered outstanding care to top-level leaders like Dr. Anthony Fauci who have helped us understand what we face.

What kind of people will we need to make the government of the future work? Where will we find them? And how can we keep them? That is going to shape the ability of the government to navigate future crises, and to build the public trust in government that we so badly need.

A: We will find our way through the crisis of the virus. But to a degree we might not recognize, the United States has approached this in a very different way than any other government in the world.

That, it turns out, is the product of our federal system of government. So it is all the more important now to understand where it came from in the past—and where it is going in the future.