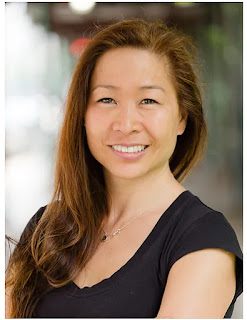 Christina Chiu is the author of the new novel Beauty. She also has written Troublemaker and Other Saints, and her work has appeared in a variety of publications, including Tin House and Not the Only One. She co-hosts the Pen Parentis Literary Salons in New York City, and she is also a shoe designer.

Q: How did you come up with the idea for Beauty, and for your character Amy Wong?

A: Initially, I came to the idea of Beauty while I was in a doctor’s office waiting room. It was about 20 years ago.

Back then, New York magazine included personals, which I happened to see because I’d been waiting for over an hour. There were a couple that caught my attention.

One of them was from a white male. It said, “Be Asian, Be Sweet.” I started laughing. Who the hell responds to that? And then it struck me that there must be women who do. Men wouldn’t bother to do it otherwise, right?

That personal haunted me. I couldn’t stop thinking about it, and eventually, I started writing a short story called “Beauty.” That story is one of an interconnected cluster that became my first book, Troublemaker and Other Saints.

I had meant to write a different novel after the completion of that collection; however, something about the character, Amy, lived on and refused to be ignored. Eventually, the story developed into the novel, Beauty.

Q: Did you need to do any research to write the novel, and if so, did you learn anything particularly surprising? 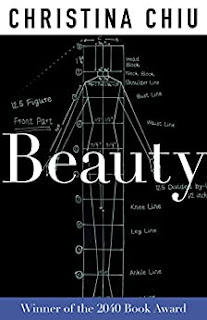 I window-shopped, haunted boutiques, and even tried things on. I spent a lot of time looking at things. Shoes. Apparel, Handbags.

I used to teach at the Brooklyn Museum. One thing we often taught our students was how to look at objects. When one takes the time to look closely, one tends to notice things that one hadn’t seen before.

I also took a shoemaking class. The protagonist has a passion for fashion. In particular, boots and shoes. She is the kind of person who is willing to eat peanut butter and jelly sandwiches for a month in order to save enough to buy a pair of high-end boots.

She is also the kind of person who would learn how to make them on her own. I felt I should understand the process, but also be able to appreciate shoemaking in a metaphorical way.

Over time, I came to see major differences in fashion quality, style, and materials. I’d always thought of clothes as “things” one wears. But now I started to appreciate the fact that, as expensive and exclusive as high-end fashion and couture could be, objects were often made with the eye of an artist.

It is visual art, only instead of hanging on a wall, it drapes one’s body or accessorizes one’s “look.” Understanding fashion as an art form can be a source of personal —and political—power.

Q: The novel covers many years of Amy's life--did you plan everything out before you started writing, or did you make some changes along the way?

A: I did no planning, but let the story unfold organically as I went.

Initially, I wrote the book in a more chronologically and cohesive way, much like most novels that share episodes of today and tomorrow, and then next week and month.

But I realized as I was working on this project that what mattered for this story wasn’t all the stuff that happens in life, but instead, the key karmic moments that propel it forward.

I agonized over this book. I didn’t want to just write a book. I wanted to write something that mattered. Something that pushed me beyond my comfort zone.

A: I think many women have a complicated relationship with beauty. They are told from the time they are a foot high they are precious and beautiful just as they are, and yet, all the while what they see and experience can be quite the opposite. And we wonder why women have poor self image? 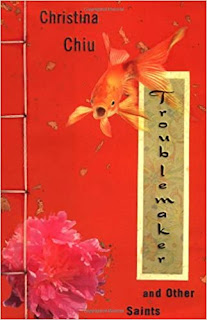 I love that the protagonist of Beauty defies the quiet submissive stereotype. But even she realizes something pretty startling about herself later on in the story.

Beauty can be a source of power, but there are so many complexities, especially for women and women of color. I’m interested in the intersections of beauty and race, beauty and youth/age, the diminishing sense of power for women that comes with age, and so on.

We believe a woman with youth and beauty yields a certain kind of power over others, especially men. But what if that isn’t necessarily the truth? What if beauty and youth actually work against women?

I think before the #MeToo movement, there was a general belief that if an older man coupled with a younger woman it was because she somehow “lured” him into it. Post #MeToo, we see that power never was in the hands of those beautiful young women we held suspect after all.

In the end, I question whether we have all been led to believe that beauty is a concept when in fact it might actually be a feeling or emotion.

If one feels something, it’s a reality, even if only for a moment. But for that moment, that reality can’t be taken from you. It’s as real as anything else. It’s beauty in and all around you. It is you.

A: I’m working on a memoir about my experience as a mother with a child born with a syndrome of birth defects—and my growth as a mother and spiritual human being.

I am also working on a novel that I expect to complete within a year and am taking notes for two other novels I’ve been meaning to write.

A: Yes, I’ve started a collection of boots for women authors who are making a difference in the literary and “real” world. They include authors such as Elissa Schappell, Milda DeVoe, Carla Dupree, Susan Muaddi Darraj. I hope to have 20 pairs representing 20 different women complete by 2024. The title of the exhibit is “Stand.”