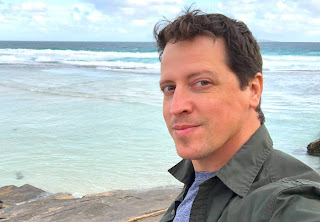 Andrew Mayne is the author of the new novel The Girl Beneath the Sea. His other novels include The Naturalist and Looking Glass. He is also a magician and appeared in A&E's Don't Trust Andrew Mayne and the Discovery Channel Shark Week special Andrew Mayne: Ghost Diver.

Q: How did you come up with the idea for The Girl Beneath the Sea, and for your character Sloan?

A: I grew up in South Florida in a family of law enforcement officers and SCUBA divers. I thought it would be fun to take the experience of swimming in canals, diving next to alligators and turn that into a background for a story. 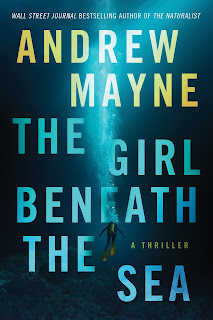 Sloan came about because I knew a number of women from Florida that were incredibly elegant, yet outdoor oriented and had a fearless attitude about the water. I wanted to try to capture that spirit in Sloan.

Q: The novel is set in South Florida--how important is setting to you in your writing?

A: I think setting can shape so much of what happens. Sloan is from a family that’s lived on water their entire lives. That creates a different, more self-reliant personality than someone who maybe was from the suburbs.

A: While working on this book I was preparing for my Discovery Channel Shark Week special. I spent a lot of time with sharks because of that, which helped inform Sloan’s experiences.

A: I knew where I wanted Sloan’s arc to land. It’s very much a book about a person who feels like an outsider discovering she’s really good at something.

Q: This is the first in a series--what's coming next?

A: The sequel, Black Coral, which comes out next year, will have Sloan growing as an investigator and put her on a collision path with a serial killer and more than a few alligators.