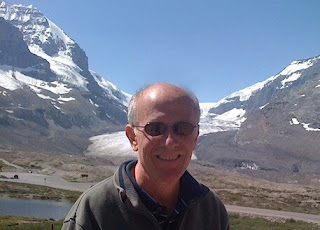 David R. Spiegel is the author of the new novel The Promise. His work has appeared in various publications, including The Washington Post. A government trial attorney, he is based in Washington, D.C.

Q: How did you come up with the idea for The Promise, and how long did it take you to write the novel?

A: I am an attorney who has had a long career involving prosecution of investment fraud cases. This includes, believe it or not, scams in the area of fake art. On the side, I did a significant amount of freelance journalism.

Initially, I planned to do a nonfiction book on art fraud. That evolved instead into a novel about art fraud, and, finally, into a story that used art fraud as a backdrop for other, bigger issues. 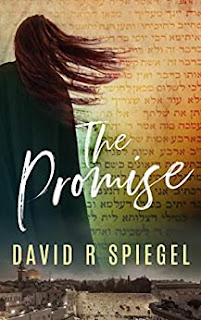 A: I spent a fair amount of time researching the biblical issues underlying the promise as well as the object that is the catalyst for the promise (the urim and thummin).

In addition, I have a family connection to Israel. As a frequent traveler to the country, I have had a good deal of exposure to its ancient history.

Finally, I consulted with people involved in the visual arts field and extrapolated from my experiences in the art fraud cases I handled.

A: I thought I knew how I wanted the novel to end, but it definitely took on a life of its own. In addition, I reacted to a number of thoughtful critiques from friends and independent readers. Bottom line: I never would have predicted I would end up where I did.

A: The modern-day drama that evolves from the celestial messenger’s promise to the priest is the fundamental good v. evil conflict expressed in many religions.

In a Jewish context – as explained by Leslie Shelton at a midpoint in the story – it is the conflict between yetzeh hara and yetzeh tova (mankind’s evil and good inclinations).

However, the biblical drama serves more as a backdrop. The plot twists and romantic drama are very much anchored in our secular world. One reader described the book as "Indiana Jones Meets the Da Vinci Code."  That's a very flattering way of describing what I was trying to do.

A: Thinking about a sequel, building on end-of-book plot development. Also thinking about a non-fiction project. Plan to teach and continue public interest work in areas connected to my legal interests. Learning to read and speak modern-day Hebrew.