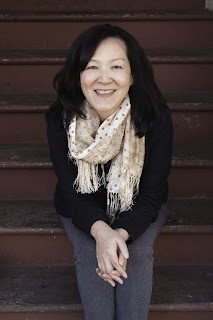 Janie Chang is the author of the new novel The Library of Legends. She also has written the novels Three Souls and Dragon Springs Road. She lives in Vancouver, Canada.

Q: You note that aspects of the book were inspired by family history and family connections. What did you see as the right mixture of history and fiction as you wrote the novel?

A: There are layers to that question!

First of all, I adhere to documented facts and timelines as much as possible. There are dates and places and famous people.

But there are always gaps and gray areas in recorded history and those gray areas are where authors get to play. That’s where authors make up conversations between historical figures or add a detour to the hero’s journey as he goes off to war, all in service of story. Because who can prove it didn’t happen?

My friend Jennifer Robson said it best: is it feasible and is it plausible?

Feasible as in: could such an incident have happened in that place and time? Was there ever a moment in time when Elizabeth I and Mary Queen of Scots might have met somewhere, off the record? 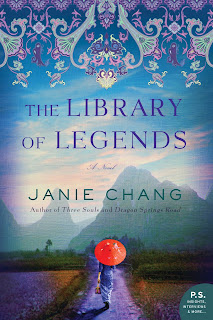 Plausible as in: given the situation and personalities involved, was it realistic to suppose this ever happened? Would Elizabeth I have allowed personal curiosity to overcome political gamesmanship?

So far I’ve only ever written about ordinary people, because it’s interesting to me how those who never enter the history books are affected by transitional times of social and political change.

A number of my characters, both major and incidental, are drawn from family history. Since they aren’t historical figures, I have the freedom to borrow their stories and re-write them to suit the needs of the novel.

What matters is that a character’s behavior, beliefs, and actions remain true to their time. That a woman of a certain class, education, wealth, and family position should behave in a certain way, or at least know how she’s expected to behave. And if she doesn’t, well that’s part of the story, and you need to make it plausible why she’s not behaving conventionally.

I think of recorded facts as the parameters or the borders of the story and fiction as the colors to fill in the shapes. 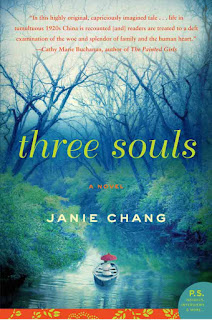 A: You always begin with free research – meaning a search on the Internet! Wikipedia is good for getting the big picture of that period in history as well as specific people and events. Quite often the references in Wikipedia articles lead you to books, papers, and authors. After a while, you figure out how to refine searches to locate more specific articles – and their authors.

I also subscribe to JSTOR, a site that publishes and reviews academic books and papers. Some of this research leads to buying books, and a lot of these are used reference texts or non-fiction, so then that leads you to used book sites.

So if you’re a history nerd, it’s really easy to dive into research rabbit holes for months, without having written a single word, all the while convincing yourself that you’re doing productive work.

The setting for The Library of Legends is the first year of the Sino-Japanese war and the evacuation of Chinese universities to the interior of China. It was the largest migration of academics in history, and an event virtually unknown to Westerners.

I was reading a memoir written by alumni of Zhejiang University about their trek and there it was: a brief account of how the refugee campus carried with them one of China’s greatest library treasures, 36,000 volumes of an antique encyclopedia.

Everything clicked into place. The library was the missing element. It was a crucial symbol of the knowledge, culture, and lives that were at risk and which would be changed forever. Plus, by the time the manuscript was ready for editing, the library also provided the book’s title. 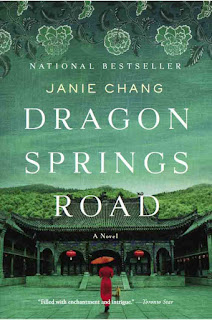 A: Right now, during the Covid-19 crisis? That although humanity faces danger and insecurity, our ancestors have survived other dangers, some far worse and more deliberate in its violence.

The students in the novel become refugees in their own country, but they’re also part of a community and that gives them purpose as well as support. In caring for their community, they also protect themselves.

A: At the moment, I’m trying to write the first couple of chapters of my next novel which is set during World War I.

But it’s not getting anywhere because The Library of Legends launched in Canada on April 28 and in the U.S. on May 12, so there’s been twice the amount of behind-the-scenes work, not to mention the scrambling around to replace physical launch events with digital ones.

A: Only that I hope readers will make an extra effort to buy books and gifts from their local bookstores. Amazon isn’t going out of business due to this pandemic, but independent bookstores will.

If you love that cute little bookstore on the corner, shop there. Most are still doing taking orders online, by email or phone, and will ship or provide curbside pick-up.