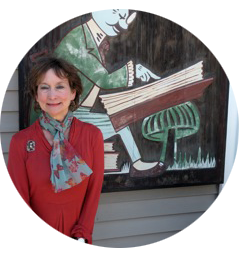 Ellen Prentiss Campbell is the author of the new story collection Known By Heart. She also has written the novel The Bowl with Gold Seams and the story collection Contents Under Pressure, and her work has appeared in a variety of publications, including The Massachusetts Review and The Fiction Writers Review. She spent many years practicing psychotherapy, and she lives in Washington, D.C.

Q: Over how long a period did you write the stories in Known By Heart?

A: This collection represents stories written over a very long period of time—15 years.

Q: Were there changes over time with your writing or preoccupations?

A: I could see changes in terms of themes and preoccupations. It’s generally true that over the years, the point of view or theme may reflect the fact that as a writer and person I was growing older.

It doesn’t translate into every point of view in the earlier stories is young and in the later stories is old, but there’s a way in which it changes the underlying weight a little bit.

I was inspired to put the stories together after hearing a poet, Todd Davis, read and talk about his work at a festival. He’s a Pennsylvania poet, and my work is often Pennsylvania-centric. He was talking about the process he goes through in putting a poetry collection together. That was very helpful for me to hear.

I’m working on a novel. I love working on novels, but they’re such a long project. When I heard him talk, I said, Let’s pause, and look at the stories. If I’m going to select stories for a collection, what would you do? It was fun, and was a good way to step away from one project and turn to another.

I covered the floor and the bed with stories. It was idiosyncratic—I didn’t cluster the stories according to youth, middle age, old, but there were internal linkages. It was a good exercise for me. 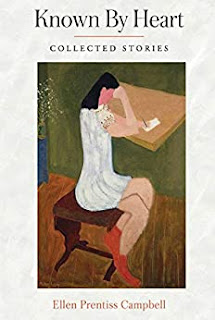 Q: So how did you decide on the order in which the stories would appear? Was it more thematic?

A: It was an order that emerged over time. I kept shuffling and rearranging. It’s not at all that this is a novel in stories, it’s not, but it was like revising a longer piece. Things have their own rationale for being in a certain structure. It may not be the one you initially imagined.

Q: How was the collection's title--also the title of one of the stories--selected, and what does it signify for you?

A: There were lots of other titles. One title in particular that I had in my mind was Love Letters Written in Lemon Juice. I loved that title. It’s a line from a poem I also love. I contacted the poet and he never responded.

After that, I did check on Known By Heart to make sure there wasn’t a trove of books.

In the end, it felt like the right title, and it was right that I had to let go of the other title. Known By Heart really says what the stories all show—there’s a deep, known by heart linkage between all the stories. It isn’t about knowing by head. 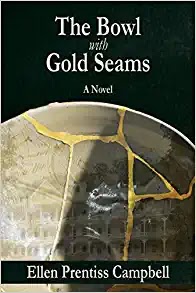 Q: You bring back some of your characters from your previous work—why did you decide to do that?

A: I don’t make a whole lot of conscious decisions about it—it just happened. Some of these characters and places—there’s a home that recurs in several stories—some of these would give me the impulse to write a story. Some are written years apart. Sometimes the characters age, sometimes not. The characters are deep in my heart and my psyche.

In thinking out a collection, I thought I could bring some of the stories together.

It’s a funny period of time for these stories about love and loss to be coming out. This time made it clear to me how important our connections to others are, and how important reading stories are to getting us through.

I’m doing a book club with my 9-year-old great-niece. We read the Ramona stories. What I love about reading Beverly Cleary now is that she understands from a child’s point of view this business of relationships. 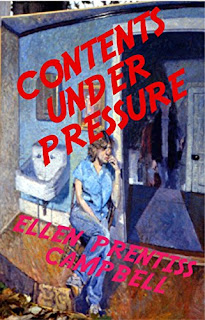 Q: You mentioned that you were working on another novel—can you say more about that?

A: For a number of years I’ve been working on a novel—it’s another historical novel. I’m called to these little footnotes, interesting episodes or characters that are historical and close to where I live or what I’ve done.

This novel was inspired by my fascination with the former psychiatric hospital in Rockville, [Maryland,] the Chestnut Lodge hospital. I lived near it. I didn’t work there, but I practiced psychotherapy. It burned mysteriously about 10 years ago. That event is intriguing.

One of the only remaining authentic structures from the original buildings is a cottage that was built for the renowned psychoanalyst Frieda Fromm-Reichmann.

Those things started me down the trail of a lot of research, writing, and rewriting. It’s close! I’m finding it hard to do my sustained personal writing right now.