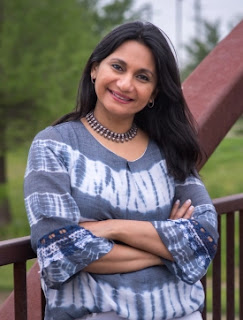 Sonali Dev is the author of the new novel Recipe for Persuasion, which is based on Jane Austen's classic Persuasion. Her other books include Pride, Prejudice, and Other Flavors. She lives in the Chicago suburbs.

Q: This is your second Jane Austen update featuring the Raje family. Did you know when you wrote Pride, Prejudice, and Other Flavors that you'd be revisiting them?

A: Even before I was a published author, I dreamed of writing homages to my four favorite Austen novels (Pride and Prejudice, Persuasion, Sense and Sensibility, and Emma) under one story universe. So, yes, I did imagine the entire four book series at the outset, and knew that Recipe for Persuasion would follow Pride, Prejudice, and Other Flavors.

Q: What do you see as the right blend between the original Austen characters and your updated versions?

A: I see my books as being inspired by Austen's novels, an ode to her timeless themes that were formative for me as a person and as a writer. 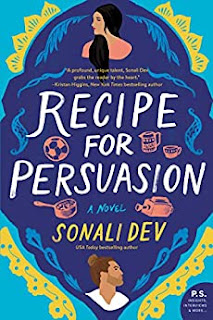 My characters are all their own. Ashna Raje is a Palo Alto chef from an Indian American family descended from royalty, and Rico Silva is a Brazilian-born World Cup winning football star who's an orphan. They make choices based on their life experiences and personalities. They might have echoes of Anne Elliot and Fredrick Wentworth, but they are not them.

My intent is to explore, in the current day, what Austen's themes taught me.

Q: Were you always a Jane Austen fan, and what's your favorite Austen novel?

A: I first read Jane Austen in middle school. Pride and Prejudice was her first book that I read, but it was followed immediately by Persuasion, Emma, and Sense and Sensibility.

I can't pick one as a favorite but I can tell you why each one of them connected with me.

As a young girl Austen's stories spoke to something elemental inside me. Books and stories I was exposed to until then didn't show me women who got what they wanted. They showed me women who sacrificed and suffered for the greater good.

I think Austen’s genius lies in the fact that she wrote from a place of complete honesty when it came to her belief that women deserved to get what they desired. 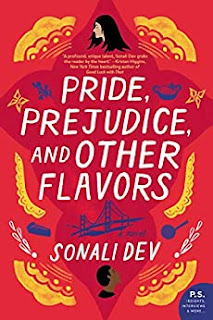 The culture she lived in should have convinced her that what women desired wasn't worth much, but somehow she wrote women who dared to want things on their terms, and got them. This narrative was powerful reinforcement for me at a formative age.

A: I did a lot of research about football (soccer). I grew up with a football fanatic brother, so I knew how very seriously people across the world take it. It's practically a religion and its reach might be more widespread than any other single pursuit in the world.

It's quite stunning actually. As someone who usually rolls her eyes at sports fandom, the deep global socio-economic impact and meaning did humble me.

A: I'm working on the next book set in this world. This one pays homage to Sense and Sensibility and it follows the oldest Raje sibling, who is running for California governor when a traumatic event makes him stop and take stock of the life that's been planned for him and the path he's never questioned until now.

A: That Recipe for Persuasion came out on May 26 and I hope it helps people find comfort, escape, and meaning in this strange and unprecedented time.