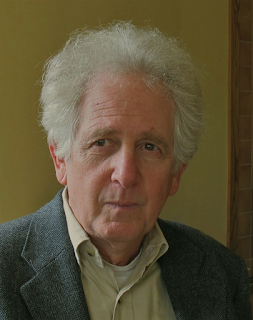 Q: How did you come up with the idea for Songs from a Voice?

A: The book stemmed from Dylan’s remark about imagination that I cite as an epigraph. As a poet and writer, imagination has been central to my life. Writing a book about an imagination felt natural. Once Abe’s voice came into my head, I knew what to do.

Q: You write, "This book evokes the circumstances of an imagination. The terrain of this imagination hearkens to Bob Dylan, but I have invented a character, Abe Runyan, who is very much a fiction." What did you see as the right blend between your fictional Abe and the actual Bob Dylan?

A: As I note, I’m not interested in biography, of which there are many. I’m interested in a portrait of an artist according to the artist. So Dylan is a focus for that story—where one artist came from and how he evolved. 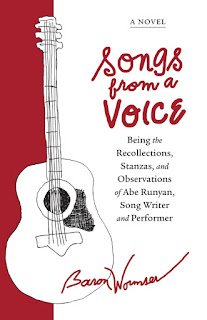 Some of the particulars I’ve written about match up with Dylan’s life and some don’t. That was intentional. As a work of fiction, Joyce’s book was in my head as I wrote this book, not to put myself in his league, but to say that the tenor of that book helped me be with the depth and intensity of Dylan’s endeavor.

Q: Did you need to do any research to write the novel, and if so, did you learn anything particularly surprising?

A: I read Ian Bell’s book, Once Upon a Time, which I found both moving and informative. But, as I’ve noted, I wasn’t interested in miming the facts. Over the decades of listening to Bob Dylan’s music, I already had been researching, so to speak, his life. That listening was more than sufficient.

A: I hope they feel the complexity of an artistic imagination as it issues from one particular life. Dylan’s songs exemplify that complexity. For me they have been a blessing.

A: I’m working on a novel entitled Some Months in 1968 that deals with the time between January and August of 1968 in the United States and thus covers, among other events,  the assassinations of Martin Luther King, Jr. and Robert Kennedy.

A: Nothing special. Hope you enjoy the book.