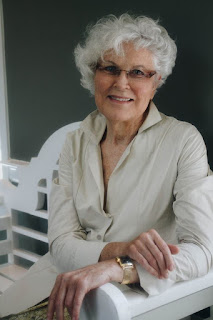 Q: Why did you decide to write this book about your grandmother's appearance in the 1911 film Vanity Fair?

A: My story of the first film version of Vanity Fair is also a story of Helen Gardner, my maternal grandmother.

Vanity Fair (Vitagraph, 1911) was a landmark in the history of cinema. Unlike other movies of the time, one-reelers that played for just 15 minutes, Vanity Fair was on three consecutive reels and played for 45 minutes.

This was a disruption to the usual nickelodeon routine of vaudeville acts interspersed with short one-reelers.

Vanity Fair was only the second adaptation made by Vitagraph Company of America of a classic novel, in this case, William Makepeace Thackeray’s 1848 Vanity Fair, subtitled A Novel without a Hero.

The novel was long: 186,000 words on 1,000 pages. A distinguished British Thackeray scholar wryly called Vitagraph’s adaptation “Vanity Fair in a hurry,” and went on to praise it.

An American critic said Gardner, the anti-heroine, “seized every opportunity to portray [Becky Sharp] the fickle coquettish character that Thackeray drew to his everlasting fame. We might ramble on for hours in ecstasies over the superb work of Gardner and at the end of that time have given but a faint idea of what we saw her do.”

Vanity Fair was a hit and made Helen Gardner a star. It’s now considered a classic of silent cinema.

Q: How much did you know about your grandmother when you were growing up?

A: I never knew my grandmother Helen Gardner, but she hovered over my childhood like a scary ghost.

My mother, a let-it-all-hang-out storyteller, remembered Gardner telling her, as a young child, that she had tried to abort her when she was a “foetus in the womb.” Gardner had “her doctors shout BOO” but my mother got born anyway. My mother’s identity would forever be “I was a rejected child.” 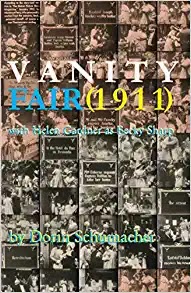 My mother told me of her shock, as a child of 8, when she visited the Cleopatra set at Gardner’s country studio in a town she nicknamed “Tappan-on-the-Hudson” and saw her mother and her mother’s hired director sleeping together.

Gardner never did divorce my mother’s father, a socialite womanizing scion of the distinguished Pells of Rhode Island.

When my mother was 13, a woman journalist moved into Gardner’s bed in my mother’s maternal grandmother’s Bridgeport, Connecticut home, where my mother was raised while Gardner was away making movies.

Gardner and Mabel Sherwood, nicknamed “Misher,” would be lovers for life, that is, until Gardner, in her 80s, joined a cult that prohibited sex.

A: I watched and re-watched Vanity Fair’s three reels, spending hours rewinding and replaying the print, over and over. I wrote down every intertitle, took individual notes on every scene, every gesture, every set, and every costume.

As I studied Vanity Fair in all its details, I came to appreciate Gardner’s versatility and dynamism, her rapidly changing facial expressions, her elegant body language that varied and rapidly changed, and her pantomime skills. She was trained in pantomime at the American Academy of Dramatic Arts.

Everything she did was so much more compelling than any of the other actors in the film.

As background for the study of my grandmother’s work, I scoured motion picture archives in the U.S. and abroad.

I read everything published about Helen Gardner and Vanity Fair. I paged through trade magazines published from 1910 to 1924, the years she was making her 61 films. I read the articles she placed, her advertisements, notices of her films, interviews with her, and critics’ reviews.

A: I hope readers will gain an appreciation of silent film as a gateway to understanding how it changed the face of the performance world and laid the groundwork for the next big cinematic advance, talking pictures in the late 1920s. 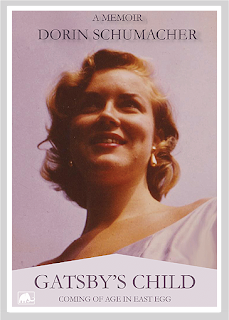 Helen Gardner saw the future of cinema as a great art form at a time when it was looked down upon and considered cheap entertainment for the masses. Her goal was to make cinema as important and beautiful as the world’s greatest literature, music, ballet, opera and fine art.

Her dreams and ambitions were great. She became the first actress to have her own production company and made movie history.

She launched herself on a career as the producer and star of her own long feature films, a radical idea at the time. Her groundbreaking Cleopatra played throughout the United States and internationally for over a decade.

I am writing a coffee table book about Helen Gardner’s pioneering career in silent films and her rebellious, driven, highly original life. All the more remarkable is that she was working alone, with no organizational support.

She created stories with powerful female characters, stories that represented historic time periods and exotic cultures. She created woman-centered art that showed what a woman can do when she controls the means of production.

The first film historian, who knew Gardner personally, wrote that she succeeded despite every obstacle that was placed in front of her because she was a woman.

A: Women are still fighting battles to control their creative visions in film production, to become producers and directors. The few who succeed in making films have unique family connections. The true histories of the brave, determined, talented women pioneers in the film industry are suppressed and forgotten.

Helen Gardner’s contributions were groundbreaking and need to be recognized today. She created an artistic space where she could embody strong women characters and express her fullest self. She was a true revolutionary.