John Guzlowski is the author of the new novel Little Altar Boy. His other books include the novel Suitcase Charlie, which features the same two detective characters. He is a professor emeritus of English literature at Eastern Illinois University, and he lives in Lynchburg, Virginia.

Q: In your new novel, you bring back your two detectives 10 years after the action of Suitcase Charlie--why did you choose 1967 as the time period for Little Altar Boy, and how do you think your characters have changed since the first book?

A: I’ve always been interested in how people change in novels and TV series and comic books. The medium that doesn’t show change fundamentally doesn’t interest me.

I remember reading sci-fi and mystery series when I was in my teens and being turned off by the series where our heroes and heroines didn’t change at all over the course of 10-20 novels. The same thing with TV series. That kind of storytelling seems weak, flawed, and pretty much boring.

Let me give you one example. Tarzan of the Apes by Edgar Rice Burroughs. I loved the first couple of novels, but then as I kept reading the series I became less and less interested. There was no character development, no change.

It’s like Burroughs was fighting to keep the Ape man the same across 24 or so novels. Ugh.

I like a series that suggests change, growth, aging. Maybe it’s because I’m soon going to be 72 years old myself and I’m aware that – no matter how hard we try – life will not let us stay the people we were when our own personal story began.

Why did I chose 1967 for Hank and Marvin’s return? I see 1967 as an important year in American history.  t was a year of change, a year that turned its back on the moral and social and artistic codes of the past, a year that opened itself up to possibilities that we are still struggling to understand today. 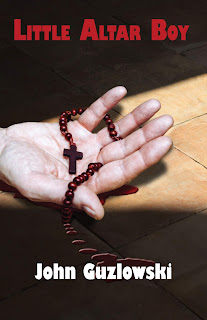 It was also an important year for me personally. A lot of who I am today started showing itself in 1967.

Let me give you one example. It was the year I gave up on the Catholic Church. I think that the main element in the novel involves Hank and Marvin discovering that the Catholic Church, from the lowest altar boy to one of the most powerful cardinals in America, is not what it says it is.

How have my main characters Hank and Marvin changed? I see more change in Hank than in Marvin. Marvin is still pretty much the same wild and crazy guy he was in Suitcase Charlie.

Hank, however, seems to me to be older, more somber, more sober. I think that Hank is also feeling the burden of what he had to do in Suitcase Charlie.

Q: How did you come up with the plot for Little Altar Boy, and how do you think the concerns raised in the novel are still relevant today?

A: The main crime in Little Altar Boy is pedophilia. I didn’t have to go searching for it. As a kid, I attended a parish where three of the priests were pedophiles.I had friends who were the victims of that pedophilia, who – 50 years later – are still wearing the scars of that pedophilia.

All my writing in some way is autobiographical.

In my book Echoes of Tattered Tongues, I write about my parents and their experiences as slave laborers in German concentration camps.

In Suitcase Charlie, I’m writing about the fear I felt as a child when my friends and I had to confront the fact that there was a serial killer in Chicago killing kids just like us.

In Little Altar Boy, I’m writing about priests I admired and respected and wanted to be like who I found out later were pedophiles. 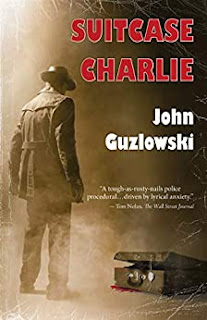 Is the pedophilia of priests and other people in power worth considering, worth thinking about? Absolutely.  I feel that – right now – we all live in a world where the sins of the past are getting revealed to us in all their dirt and evil.

We see this in the Catholic Church’s failed attempts to deal with its history of pedophilia, the #Me Too movement, and even the corruption of our political system.

Q: You've said that as a writer, you consider yourself "primarily as a historian." Can you say more about that?

A: A historian? Yes, I think so. To some extent. My Hank and Marvin novels are set in a Chicago neighborhood across 40 years. I hope what my readers see is what I saw, how that neighborhood evolved across those 40 years.

Also, like I said above, all my writing is autobiographical, so that the history I’m doing in these novels is personal history. I write about streets I knew, friends I had, things that happened.

One of the things I love about writing this series is that it allows me to revisit my past, the things I saw, the friends I had.

Q: What do you hope readers take away from Little Altar Boy?

A: That’s pretty straightforward. I want them to question the world around them. Don’t take the priest or minister in front of you preaching on Sunday morning without a grain of salt.

A: I’ve just finished the third Hank and Marvin novel. It’s called Murdertown, and it’s set in the same Chicago area in 1975. The novel deals with what happens when a series of gangs moves into the neighborhood and starts destroying the neighborhood.

I’ve also just started working on the next Hank and Marvin mystery. It’s called The Return of Suitcase Charlie. It’s set in 1985 and deals with – among other things – Hank and Marvin trying to decide if they should retire.

A: I’m always writing and not just mystery novels. I do a weekly column for the Polish Daily News in Chicago and I’m finishing up two books of poems. One is called Small Talk, and it’s a series of short poems I wrote for twitter. The other is called Trauma, poems about Holocaust and war survivors.