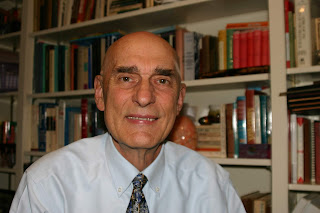 John Guzlowski is the author of the new novel Suitcase Charlie. He is a professor emeritus of English literature at Eastern Illinois University, and he lives in Lynchburg, Virginia.

Q: Your novel was inspired by actual murders in Chicago during the 1950s. How did you come up with your own characters, and what did you see as the right balance between history and fiction as you wrote the book?

A: The Schuessler-Peterson murders that occurred in the mid-1950s in Chicago directly influenced Suitcase Charlie. I was only a kid when they happened, but the fear they generated in me and my friends was something that stayed with me for years.

I lived about 100 feet from an enormous city park, and every time I passed the park I thought of those murders. The three boys who were killed were found dead in a park not unlike the park I knew.

My novel, however, doesn't talk about those murders. I guess that's where I leave history behind. My novel imagines the deaths of children but the children who are murdered are children like the children I knew, immigrant kids, refugee kids. I grew up in a neighborhood of refugees, parents and children who had known concentration camps and Displaced Persons camps.

The fear they feel is in some ways an extension of the fear that was instilled in them by the Nazis.

Q: You've said, "I wanted to talk about how war continues to affect those that survived it." How does that play out in your novel? 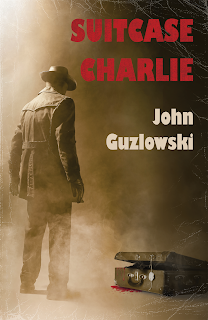 A: The two main characters are detectives and veterans of World War II. One fought in Europe and the other fought in the Pacific. They both express what we'd now call PTSD. As they work their way through the crimes described in the novel, they often are reminded of things that had happened in the war.

This is especially true of the main character, Hank Purcell. I think he often sees his work as a cop as being somehow an extension of the war he saw in Germany. His partner Marv experience his PTSD in a different way. He lives like the war had never touched him, but he's kidding himself. The war is always with him, in everything he says and does.

Q: The novel is set in Chicago. How important is setting to you in your writing?

A: Setting is very important.

At one point I lived in a six-unit apartment house. In that house, there were two Jewish women who lost their husbands in Auschwitz, a family of Ukrainians who had been slave laborers, and my own family, my dad who spent five years in Buchenwald, my mom who had seen her family killed, and my sister and I who had grown up in a DP camp.

Writing this novel I lived again among these survivors.

A: That's the wrong question to ask. I love so many writers. The writer who's probably influenced me the most is Marvel's Stan Lee. He wrote the first book I read, a comic book back in 1955.

What struck me about that comic and all the great comics he wrote after that was that he always wrote as if what a character thought and felt was as important as the action and adventures he found himself living through.

Other writers who I admire? Dostoevsky and Robert Heinlein. Faulkner and Toni Morrison.

They are all writers who feel that what a character experiences is as important as the stuff he does.

A: I'm working on the final edit of my next Hank and Marvin novel. It's called Little Altar Boys, and it picks up my detectives 10 years later in the psychedelic ‘60s. The mystery they're investigating is set in the same neighborhood, but this time the crime is pedophilia, not murder. 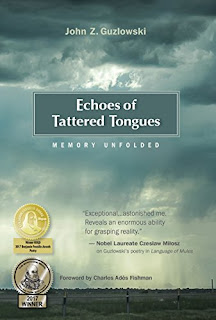 I'm also working on the third Hank and Marvin novel. It's set in the same neighborhood as the first two novels and focuses on a whole bunch of murders that seemingly have nothing to do with each other except for the fact that they all take place within a couple of hundred feet of each other.

A: Did I mention I write poetry? Echoes of Tattered Tongues is my most recent book of poems. It's about my mom and dad and their experiences in the German concentration camps. The book won the Ben Franklin Prize for poetry in 2017 and the Eric Hoffer Montaigne Award for most thought-provoking book of 2017.