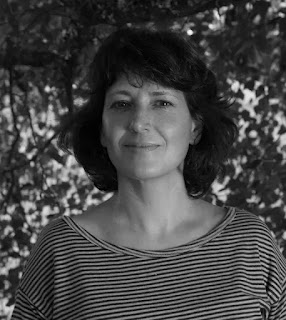 Kapka Kassabova is the author of the new book To the Lake: A Balkan Journey of War and Peace. It focuses on her family history in the Lake Ohrid area of the Balkans. Her other books include Border: A Journey to the Edge of Europe. She grew up in Bulgaria and now lives in Scotland.

Q: You write, "To journey to the place of your ancestors, you must be prepared to see what it is easier to deny." Why did you decide to explore this part of your family history?

A: Several reasons. First of all - artistic. I was called by the place itself, as if by a siren. Lake Ohrid is a place of sublime beauty and great cultural wealth and complexity. The fact that my maternal line originates there is a gift for a writer, and I couldn’t not accept it.

Of course, it was also a challenge, a daring - because by immersing myself in the human  history of the Lake, I had to swim in some pretty deep, dark waters too. But I was ready for it. I’d thought about this kind of ancestral exploration for a long time, and finally the right moment came where experience, courage, curiosity, and urgency came together.

Secondly, temporal - hence the urgency. At the end of my mother’s life and at this point in my own when I have been on many journeys both inner and outer, but also at this crucial point in human history where it’s so important to understand ourselves and our place in history, I wanted to explore the psychological and creative legacy of our family, but also the Balkans as a unique and complex matrix. 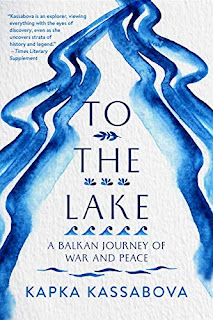 By doing that, I felt I was doing generational, collective work too. I sensed that the Lakes presented an encoded topography where the personal, the ancestral, the socio-political, the spiritual, and the environmental converged. As that monk said, “The Lake is a place where souls gather.”

A: I always begin my research by actually being there, spending time in a place and immersing myself in its physicality, its people, stories, seasons. The spirit of the Lakes was my muse, as well as memories - both beautiful and painful - of my grandmother and the women in our family. Then I read everything in as many languages as I can get my hands on, related to the region.

But because the place is only a setting, while the story is far more universal, I also read on to the broader subject of my enquiry  - which is the nature of trauma, ancestral memory, trans-generational legacies, and how the psyche and the body may manifest all of this.

Of course, the body of the land and the bodies of those who carry its memories are linked, and I was keen to explore these invisible connections. Just as the two lakes are invisibly connected by underground rivers.

Surprise discoveries, delightful or dark, were everywhere - in the form of paradoxes, correspondences, resonances, contradictions. And so it should be, when you truly get into a subject and especially a PLACE. Surprises are part of the inner expansion we experience as writers and readers. Otherwise what’s the point?

Q: In the book, you write, "Geography shapes history--we generally accept this as a fact." How would you say the geography of the Balkans--and Macedonia in particular--has shaped its history?

In particular, the damage of unnatural man-made borders has scarred people and continues to wound them - by dividing nations, families (like ours), and ultimately individuals. By splitting the psyche, just as the triple national borders here attempt to split the lakes - a geographical impossibility.

This schizoid split - the result of cynical, divisive politics - is at the root of illness, and war - the spirit of war - is a form of illness. Borders are one of its manifestations. The lesson of the Lakes is ultimately a lesson about wholeness.

A: Profound, as it should be when we embark on a real journey of discovery, inner or outer - in this case both. As with my previous book, Border, I was changed by the sensory, human, intellectual, emotional, symbolic, and geographical exposure to these lakes, which are both a place and a state of mind.

In a way, the full impact cannot and should not be summarised - it can only be experienced individually by the reader.

A: A book called Elixir.