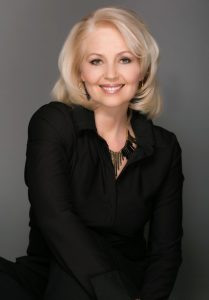 Mary Burton is the author of the new novel Burn You Twice. Her many other novels include Never Look Back and I See You. She lives in Richmond, Virginia.

Q: How did you come up with the idea for Burn You Twice?

A: I’m a big fan of the Writers' Police Academy and last year I attended their conference near Raleigh, North Carolina. The very first session I sat in was conducted by a retired ATF agent and he not only discussed the crime of arson but also several case studies.

I started scribbling notes for this novel even before his presentation was finished. The idea grew from there and within a few weeks I’d fleshed out a synopsis. Q: The novel takes place in Montana. How important is setting in your writing?

A: I consider setting a character in the book. When I wrote my first novel 20 years ago, an agent suggested I change the setting. I didn’t think it would be such a big fix, but it ended up taking me several months.

I learned that the setting not only influences descriptions of the landscape and structures, but also the character’s back story, what action may or may not be possible and in the case of a suspense, how a crime scene is processed. Just think about the difference between Montana in January and Virginia in July.

Settings are never random for me and I consider them very carefully when I begin a novel.

Q: Did you need to do any research to write this novel, and if so, did you learn anything surprising?

A: After I left the Writers’ Police Academy with the germ of an idea, I bought several books on arson and read them from cover to cover. I learned arson can be a complicated crime with a range of motivations including financial gain, thrills, or revenge.  Writers love to dig into motivations because we know that is a huge driver of the story and plot.

A: I always think I have the book figured out, but I’m usually surprised. I can spend weeks on a synopsis and then sit down to write and the story starts to shift. But I’ve never minded this at all. I like that I’m coming up with new ideas and plot twists to the last page. I figure if I’m a little surprised by how a book ultimately ends then so will my reader.

A: I just finished the book Near You, which picks up some of the characters from Burn You Twice and spins in a new direction. Near You will be out in April 2021. And as we speak, I am plotting the next suspense novel, but that’s still just notes on a page and random ideas that keep buzzing in my head.

A: I also write women’s fiction as Mary Ellen Taylor. My latest Mary Ellen Taylor novel, Honeysuckle Season, released Sept. 1. I came up with the first idea for a Mary Ellen Taylor book about 10 years ago when story ideas kept coming to me that I knew wouldn’t work in a suspense. The Word We Whisper is my eighth MET novel and will be released in 2021.