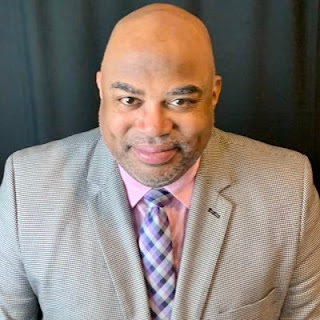 Jesse J. Holland's books include the novel Who Is the Black Panther? and the nonfiction books Black Men Built the Capitol and The Invisibles. A former reporter for the Associated Press, he is a host for C-SPAN's Washington Journal. He is based in Washington, D.C.

Q: You've focused in a couple of your books on African American history in Washington, D.C. What did you learn about the people who worked in the White House and built the Capitol?

So when I arrived here in Washington, D.C., in 2000, I naturally started investigating African American history in the nation’s capital and found some great stories. 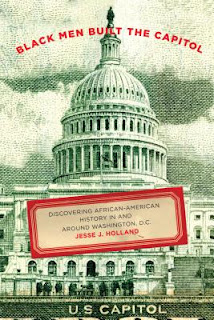 I immersed myself in the stories of old Georgetown, U Street, Anacostia, Howard University and other places around the city _ but I noticed very few people talked about African Americans in America’s front yard, The National Mall.

So I started questioning and researching, and found there was tons of African American history in and around the National Mall. It just had never been acknowledged in a major way.

So I made that my mission: to discover the African American history in and around the National Mall and that led me to write about the enslaved African Americans who were used to build the original U.S. Capitol and my book, Black Men Built The Capitol: Discovering African American History In and Around Washington, D.C.

During this time, I also found out that black slaves were used in the construction of the White House and then were used as domestic slaves inside the White House, but no one has ever bothered to find out who they were, where they came from or what happened to them after their president left the White House.

That was a book I wanted to read, and so I started researching again and that became The Invisibles: The Untold Story of African American Slaves Inside the White House. There are so many stories out there about this unrecognized people that I suspect future authors will be still be writing about this years from now! 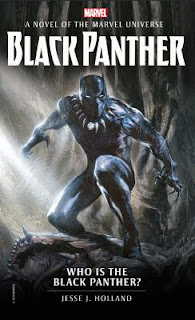 Q: You've also written a novel based on the Black Panther character. What did you see as the right blend between the original character and your own creation?

A: I’ve always loved comic books, so when given a chance to work on Black Panther, I was immediately excited.

I had already completed a junior novel for the Star Wars franchise called Star Wars: The Force Awakens - Finn’s Story, so I already had an idea of how to combine my creativity with someone else’s property.

There’s only so far you can go, and so much you can do with someone else’s creation but I think of it like "it’s only polite to return someone else’s toys in the same way you received them.”

There are a bunch of stories you can tell without permanently changing the characters (at least physically!), and being given the freedom to play with the story and some modern adult themes was totally exciting!

Q: As someone who's worked as a journalist and written both fiction and nonfiction for different age groups, do you have a preference when it comes to what you write? 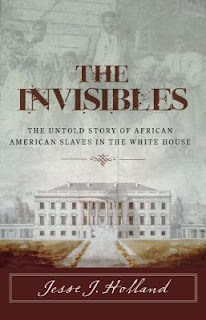 A: I write what interests me, whether it’s a news story, a news column, a book, a magazine piece, a screenplay or whatever strikes my fancy.

I love the freedom that fiction gives you (The world is whatever you say it is, and once I convince my reader that world is real, then anything can happen!) and I also love discovering and telling people more about the real world, so nonfiction is also the place to be.

At heart, it’s all about the story and what I’m interested in at that moment. My ground rules are: Are you interested in this, because if you’re not interested in it, how can you expect someone else to be? and Will this be a good story? If both of those answers are yes, then I’m in!

Q: What do you hope readers take away from your books?

A: With my nonfiction, I’m hoping people take away a greater knowledge of their world. There’s so much that has happened that we don’t know about, and I love being able to bring a little extra knowledge into the world.

With my fiction, I’m just hoping readers enjoy it and that it brings a little excitement and some reading joy into their lives.

A: Right now, I have three major projects going at the same time: I’m putting together the first Black Panther prose anthology for Marvel Entertainment/Titan Books called Black Panther: Worlds of Wakanda, which you will see next spring, featuring all new stories of the Black Panther and the world of Wakanda from some of America’s brightest new African American writers.

I’m also working on my next nonfiction book, which will tell the story of the people of Freedmen’s Village, a town of freed slaves and abolitionists that sat where Arlington National Cemetery is today.

I’m also in the planning stages of my very first documentary, which I still have to keep under wraps for now, but I’m really excited about it!
Q: Anything else we should know?

A: I’m soon going to be announced as a new assistant professor of journalism at George Washington University, where I’m hoping to eventually teach a class on turning your journalism into books, so look for that in the future.

I’m also continuing my work as a Saturday host for C-SPAN’s Washington Journal, and doing guest stints as a commentator on DC Live Today on the new Black News Channel. I also have some more TV gigs coming up soon revolving around literature, so keep your eyes peeled for those announcements!