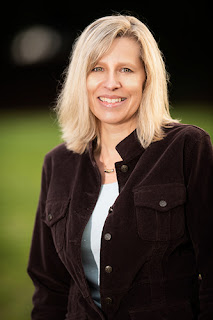 Mary Keliikoa is the author of the new mystery novel Derailed, the first in her Kelly Pruett series. She worked for many years as a legal secretary. She lives in Hawaii and Washington.

Q: How did you come up with the idea for Derailed, and for your character Kelly?

A: The idea of writing about a PI came from my years of enjoying similar novels in the genre, such as those from Sue Grafton.

But Kelly came first. She popped into my head one day the moment I wrote down the words PI on a piece of paper. I knew who she was, and the challenges she would need to overcome.

The actual plot of the story came from my years of working at law firms in downtown Portland and playing the what if game. What if a woman left a bar late at night, and what if she fell in front of the train. What if it was no accident. Before I knew it, I had the general idea for the book.

Q: The novel takes place in and around Portland, Oregon. How important is setting to you in your writing?

A: Setting is very important, and depending on the type of book I’m writing, can even become its own character. 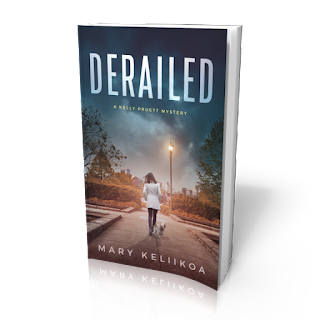 In Derailed, because we are often a product of our environment, I wanted to create a setting that influenced who Kelly Pruett is on a core level. She grew up in NE Portland, where there is a wonderful combination of diversity and grittiness, and it reflects who she is and how she handles her life.

A: I generally knew how the story would end—Kelly Pruett would solve her case and the culprit would be arrested. However, I had a different ending in the very beginning in that I had the final scene at Kelly’s house.

But after numerous revisions, I moved it to another location because I didn’t want to strip away her safety net, which home is to her—at least in this book. But the same characters were involved and of course the outcome as well.

Sue Grafton as I mentioned above has been my long-time favorite, along with J.A. Jance, Faye Kellerman, Janet Evanovich. But there are a lot of newer voices coming in like Kellye Garrett, Tracy Clark, and Kristen Lepionka who are among my favorites now.

A: I’m in the middle of Book 3 edits for Kelly Pruett. Book 2, Denied, is already back with the publisher. And I’m plotting a small-town sheriff procedural set at the Oregon coast.

A: Derailed, featuring single-mom PI Kelly Pruett, is, at its core, a story and a series about overcoming adversity, with the touch of complications and secrets that can only exist when one is loved by their family who wants to keep them safe. If you like mysteries with twisty turns and heart, I think you’d enjoy Derailed.

Thank you for having me, Deborah! Aloha.