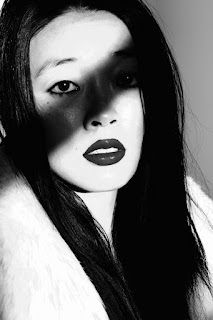 Tracy O'Neill is the author of the new novel Quotients. She also has written the novel The Hopeful, and her work has appeared in a variety of publications, including Granta and Rolling Stone.

Q: How did you come up with the idea for Quotients, and for your characters Alexandra and Jeremy?

A: I’d met a man who either was or claimed to have been a spy. When I met him, it seemed to me that he wanted very much to feel safe and settled, to have a family. Yet I couldn’t help but suspect that his work in intelligence had made such a life only more difficult.

The Snowden revelations had already become international news by then, and I was interested in thinking about how precisely what we believe will keep us safe often does not and how paranoia, even when somewhat justified, circumscribes how we connect with each other. 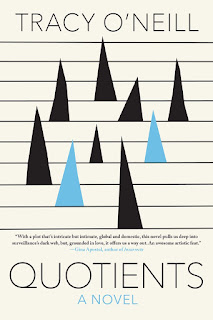 A: I was in a Ph.D. program in communications at Columbia, so I was doing quite a bit of thinking about mass communication, digital surveillance, journalism studies, so on.

I read about The Troubles. Then at one point I dragged one of my best friends Maggie with me to Northern Ireland so that I could have a stronger sense of what it felt like to be there. I was shocked when I realized how quickly the neighborhoods shift in Belfast. It is one thing to see the map and another to move through the territory.

Q: What do you think the novel says about technology and its impact on people's lives?

A: I hope that this is a question that the novel addresses at novel length. 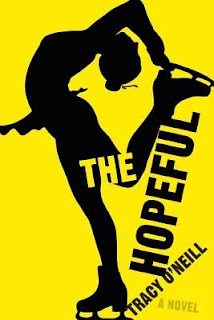 Q: How did your writing process for this novel compare with your experience writing The Hopeful?

A: For the better part of the time in which I was writing The Hopeful, I was frightened that I would never be able to stretch the narrative to novel length. Quotients needed radical cutting. It was well over 600 pages, and I cut what amounts to a novel from the final manuscript.

A: At the moment, I am writing a brief essay on Wayne Koestenbaum.

A: One of my greatest challenges with Quotients was settling on a title. I have several notebook pages full of really appalling ones.