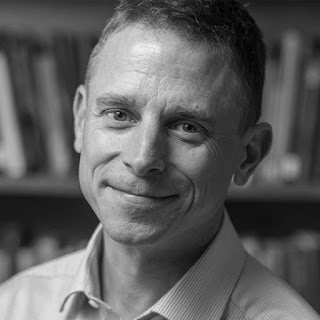 Scott Newstok is the author of the new book How to Think Like Shakespeare: Lessons from a Renaissance Education. His other books include Weyward Macbeth. He is a professor of English at Rhodes College.

Q: You write, “My conviction is that education must be about thinking—not training a set of specific skills.” Over the years, has there been a time when the focus was more on thinking than on training specific skills?

A: I sure know that there’s never been a moment when education was perfect! If you reflect on your own education, you have to admit that conditions for this kind of thinking have always been rare.

Virginia Woolf’s famous meditation on Shakespeare’s sister starkly lays out these conditions: time, space, and resources. If you’ve had the privilege of enjoying such conditions in your own education, howsoever fleetingly — well, I hope you might also concur with John Dewey’s sentiment:

"What the best and wisest parent wants for his own child, that must the community want for all of its children. Any other ideal for our schools is narrow and unlovely; acted upon, it destroys our democracy."

Q: What aspects of Shakespeare's thinking have especially inspired you?

A: I love when the very experience of reading seems to reenact the unspooling of the writer’s own thought. I can feel each word stretching my mind! 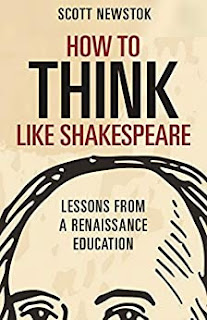 Whether it’s watching Shakespeare adapt a classical source or nod to a contemporary peer, whether it’s seeing a character revise a thought mid-sentence (“melted into air, into thin air”) or hearing a character parry a word back into another character’s face — thinking’s on the line.

Samuel Taylor Coleridge said it better than I could:

"There was, in truth, an energy in the age, an energy of thinking, which gave writers of the reigns of Elizabeth and James, the same energy. . . . [T]he chief object . . . was to make the reader think— not to make him understand at once, but to show him rather that he did not understand, or to make him to review, & re-meditate till he had placed himself upon a par with the writer."

Elsewhere STC calls this “the effort & at first the very painful Effort of really thinking.”

Q: The book includes chapters not just on thinking, but on various topics, including attention, technology, and conversation. How did you decide on the book’s structure and organization?

A: The book went through a funny kind of evolution. In preparation for a short 2016 essay (first delivered as a lecture), I spent a long time reading and thinking and drafting.

Really, that essay distilled everything I knew about Shakespeare’s education, and everything I cared about in my teaching. So once I decided to expand the essay into a book, I had to unpack so much of my thought!

What I ended up doing was something familiar to Renaissance writers: “commonplacing,” or compiling favorite passages from thinkers whom I admire.

I harvested these from my library, from my research, from my friends, from materials I’d developed over 20 years of teaching. Patterns began to emerge.

Eventually, I settled on 14 brief chapters (a number that chimes happily with both the fourteen lines in a sonnet and the fourteen exercises in the classical progymnasmata handbooks). 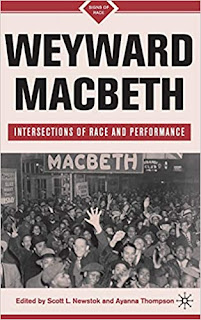 A: More than anything, I hope I’ve transmitted the excitement of thinking. I certainly don’t have the last word on the topic! But this archive of quotations might inspire others to re-read, re-arrange, and re-think. It would cheer me if this book became, as Falstaff put it, “the cause that wit is in other[s].”

A: I just finished writing an essay on Ira Aldridge, whose stunning career took him across 19th century Europe. We remember Aldridge today as the first black Shakespearean to achieve international professional renown. In fact, he’s the first American actor to do so.

I’ve long been fascinated by the career of Orson Welles. Last year I was lucky to have a fellowship at the Folger Shakespeare Library, where I explored their archives, as well as those at the Library of Congress, just across the street.

Other projects have been simmering off-and-on for over a decade: thinking through the multilingual roots of English phrases such as “love and cherish”; pondering the odd status of Duluth, my hometown, in the American cultural imagination.

A: “Now is the time” for Shakespeare viewing at a distance, as companies open their digital vaults for streaming.

My kids loved Hamlet from Shakespeare’s Globe, which posts a new free production every two weeks in rotation.

The Folger Shakespeare Library’s releasing their 2008 performance of Macbeth (with magic by Teller, of Penn & Teller) for free through July 1.

All arts organizations are suffering right now, as theatre companies across the globe have gone dark. They could use your support.