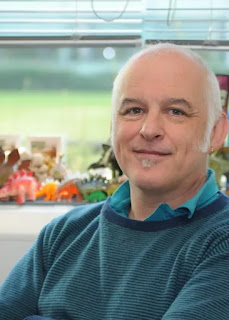 Matthew Cobb is the author of the new book The Idea of the Brain: The Past and Future of Neuroscience. His other books include Life's Greatest Secret and Eleven Days in August. He is a professor in the School of Biological Sciences at the University of Manchester. He lives in England.

Q: You write that "when it comes to really understanding what happens in a brain at the level of neuronal networks and their component cells, or to being able to predict what will happen when the activity of a particular network is altered, we are still at the very beginning." Why is that?

A: I suppose it’s because it’s far more complicated than we ever imagined!

We have some high-level understanding of the broad function of some regions, and in experimental animals, such as mice, we can measure and alter the activity of individual cells. This has enabled scientists to change a pleasant memory into an unpleasant one, or even to erase a memory completely.

But impressive as such achievements are, they are not yet properly integrated into a detailed, cell-level vision – a theory, if you like – of what is happening.

The work of Eve Marder at Brandeis University highlights the problem. For decades, she has been studying the lobster’s stomach, which contains around 30 neurons that produce rhythmic patterns of activity.

Despite a vast amount of work, she and her colleagues are unable to explain what is the link between the structure of these networks and the rhythms they produce, nor to predict on the basis of computer models how changing the activity of one part of the network will alter its activity.

If we don’t understand the lobster’s stomach, it’s hard to see how we can progress in understanding more complex brains.

Q: You divide the book in three sections, Past, Present (starting in 1950), and Future. How did you decide on the book's structure?

A: The military have a saying – “No plan survives first engagement with the enemy.” Books can be a bit like that. You start off with a plan – in my case it was a relatively straightforward chronological account of progress in neuroscience – and then you realize that maybe another approach is needed. 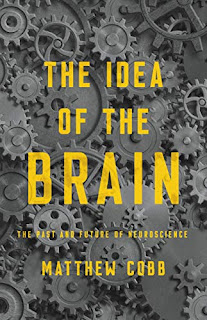 In this case, the question of the machine metaphors used by scientists down the ages to understand the brain was not at the heart of the initial plan. But it emerged as I tried to struggle with the material, and wanted to find an underlying theme that would hold everything together.

Once that became the thread running through the book, I then realized I could lump everything since 1950 as “the present,” because we have been working with the computational metaphor – seeing the brain as some kind of computer – since that date.

That also led me to write the six chapters in the Present section as parallel, thematic chapters, rather than chronologically.

The idea of writing about “the future” was a bit more audacious, and what I argue there is very much a personal view. As I say in the Introduction, I expect many colleagues will disagree with this section, and think it is provocative.

But that was my intention, to provoke thinking about where we are going, and what kind of new metaphors we need to understand how the brain works, or even if everything is ticketty-boo and we don’t need to worry much, because everything will turn out fine.

With around 100,000 neuroscientists around the world, I imagine there are least that many ideas about the future!

Q: How did you research this book, and did you learn anything that particularly surprised or intrigued you?

A: I was particularly intrigued by the personality of Alfred Smee, a very odd 19th century inventor who worked for the Bank of England and features in the chapter on Electricity.

Smee – who I had bit heard of before working on the book – came up with various models for how the brain might work, which were both striking and obscure. He produced brass devices which, he claimed, could represent an idea and which, if they were all put together would be able to imitate thought processes.

But when you look at his diagrams, it is hard to see how they might work. He had some insights, but they also look rather loopy from the present day. 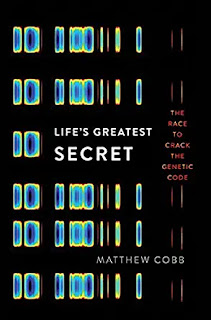 The other thing that surprised me was the way that Francis Crick kept on barging into the chapters in the “Present” section – in fact he plays a key role in every chapter, except the one on neurotransmitters.

My previous book, Life’s Greatest Secret, on the cracking of the genetic code, turned into a paeon of praise to Crick (that was not my intention), and I was surprised to discover that the same thing happened to the second half of The Idea of the Brain, too.

Q: What do you see looking ahead when it comes to research about the brain?

A: As I’ve indicated, this is the subject of the brief final part of the book.

At one end, I expect there to be great excitement as we acquire ever more precise control of measuring and activating cells in brains, including in quite complex mammalian brains.

I would predict that Doris Tsao, who works on face detection in monkeys (and humans) will continue to provide some extraordinary insights into how this fundamental process operates, and what exactly the brain detects when it sees a face.

At the other end of the scale, work on simple brains – in maggots, worms, and flies – will eventually provide us with such detailed information about structure and function that the complex models currently being developed to try and explain all sorts of things about the human brain will be able to be tested on these simple systems.

At the moment, some of the theoreticians operate in a vacuum because we don’t have sufficient understanding to be able to put their models to the test. 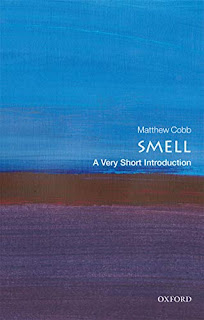 What I am confident we will not see – at least in my lifetime – is an understanding of how consciousness emerges from the human brain, nor do I expect to see conscious machines. Both those possibilities will not be realized for centuries, I predict.

A: I am about to start publicizing another book, which is out at the end of May, called Smell: A Very Short Introduction. It is one of those little popular books published by Oxford University Press, and it covers my day job, which is understanding the sense of smell in humans and animals.

It was particularly interesting to write, because one chapter deals with the role of smell in culture and history, which is not something I have previously explored. 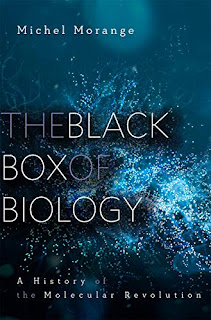 In June, there may be a bit of excitement over the publication of a book I translated and collaborated upon, Michel Morange’s The Black Box of Biology: A History of the Molecular Revolution, published by Harvard University Press.

This is a history of molecular biology and contains up to the minute accounts of how biology has been transformed over the past decades.

Having three books published in a matter of months is not recommended – it makes for a very chaotic diary, even in our current times!

In terms of what I am writing, it’s a change of gear from The Idea of the Brain – my new book is a social history of genetic engineering and the various fears that have been conjured up by it, from recombinant DNA in the 1970s to CRISPR and gene drives today.

The book – currently called Life, Edited – looks both at the science and the politics of this amazing technology which has transformed biology, is changing medicine and could change the whole planet. 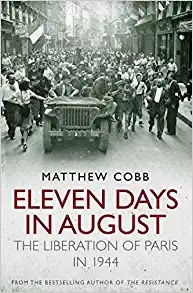 I’m just at the beginning of this and have enjoyed immersing myself in alternative ideas from the 1970s – Science for the People! Right on!

A: Stay safe! Wash your hands, keep your distance, try to keep happy and well.

And buy books – not just mine (of course), but all sorts of books. So many great books have disappeared in the current maelstrom, but they deserve our support.

With bookstores shut, it is hard to know what books are out – check out newspaper websites, or your favorite authors on Twitter. And don’t forget your local bookstore – they may still do rapid deliveries, at a time when A Certain Website is downgrading its book deliveries.