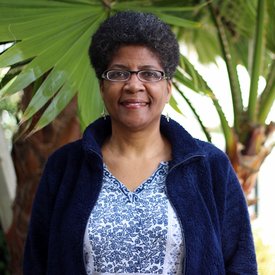 Renee Brooks Catacalos is the author of the book The Chesapeake Table: Your Guide to Eating Local. She is the membership and strategic partnerships director with the group Sustainable Agriculture & Food Systems Funders, and was the publisher of Edible Chesapeake magazine. She is based in the Washington, D.C., area.

Q: In your preface, you describe the influence your family had on your food choices and interests. How did that tradition lead you to write The Chesapeake Table?

A: It was the basic understanding of food, the enjoyment of food, that came from my family. Having traveled internationally sparked other discoveries. Having lived abroad and experienced places where local eating was the norm, when I moved back to the D.C. area, those influences grained traction at the same time. I started freelancing, and I had more time to explore these things. This was back in 2001-2002.

Doing the book came about because it was 10 years later, and I was involved in the local food and farming scene. I took a job outside that arena, and I missed it. But also, I got a different perspective as I was trying to do it while working a different job. Previously it had been part of my job.

I experienced integrating it into daily life. I was able to do it because of my background, but I realized that it takes knowledge and planning.

Doing the book gave me the excuse to keep my hand in, and I could tell it would be useful. A lot of people are seeing where the importance [of local food] is, when you're trying to get food and the national system is running into problems. Now, a lot of people are trying to eat local. That’s the point of the book—I want people to do it. 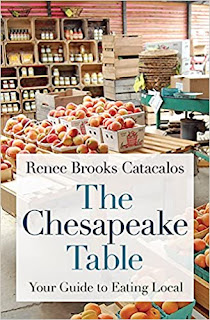 Q: You already had experience in this area, so did you need to do much research to write the book? And what surprised you in the course of your research?

A: I did have a lot of background experience, but a lot of the research was to see what had changed since I first went into local food. I had been going to farms myself, but knowing that people needed ways to access local food, I went to different stories and was trying out delivery services. Washington’s Green Grocer and 4P Foods have turned into the linchpin.

The idea is to strengthen this system and add flexibility in this particular moment. They had been distributing to larger schools and institutions, and they have had to figure out how to change the way they take food in from the farmers and how to get the food out.

With the regional food distribution infrastructure, there’s not enough of it—shared cold storage facilities, things like that. People can be rigid—we know how to do [one procedure] but we’re not able to pivot. I hope this leads to more flexibility.

Another part of the research that was really interesting was the alcoholic beverage aspect—brewers, distilleries, cideries—learning different brews but also understanding why the laws have to be changed. It took longer for them to ramp up compared to food, because of the laws, which promoted a national industrial [model]. Work is being done to break up how you can sell alcohol.

Q: What do you think are some of the most common perceptions and misperceptions about the D.C. region's local foods?

A: Probably the most common is that it’s very expensive to buy from local farmers or shop at farmers’ markets. That is a misperception. There’s a difference in food value in buying local. If you’re used to Costco, the prices are different—but not always.

If you know what’s in season where you live, you can probably find peaches at a similar price at the farmer’s market and the store. In July and August, watermelons are in the store. They probably are local. Maryland’s Eastern Shore is a huge producer. You can still be eating local. I choose not to buy out of season as much as I can.

Another misperception out there is what a farmer’s market actually is. Amish markets have some farm-raised food, but not necessarily from local farms. Sometimes there’s a lot of candy. It’s not what I meant by “farmer’s market.” They all have their places; you just have to understand what you’re buying.

Q: How does the D.C. area compare to other areas when it comes to eating local?

A: We are fairly strong. Maybe we were a bit later to the scene, but that gives you a chance to learn from other regions. The D.C. area has an affluent, highly educated consumer base.

That’s where the perceptions [about the high prices] come from, but the other side is that those people make it possible to sell to other markets. For example, the Dupont Circle market makes it possible to sell in other areas around D.C. and not worry as much.

We also have relative proximity to small farms. There’s not a lot of commodity farming; it’s not like the Midwest. For the most part, it’s smaller to mid-sized farming, the scale at which farmers can do direct to consumers. And it’s a fairly temperate climate.

In New England, the local/regional food structure is stronger, despite a smaller growing season. They’ve been doing it for longer, and have built resilience around the food system. Smaller farmers are not completely dependent [on the food system].

The job I’m in now, at Sustainable Agriculture and Food Systems Funders, is based in Santa Barbara.

I’ve been going to farmers’ markets in the Pacific Northwest and the West, which is a whole different experience as well. There’s a lot of farming, and opportunities to hold markets with the milder weather. There’s significant support to tie into the farm to school [market], and to food banks. It’s amazing seeing avocados at farmers’ markets because they grow there!

Q: What do you see looking ahead when it comes to eating local?

A: The answer could have been very different [a few] months ago. There are conversations going on in the sustainable agriculture movements now. On one hand, the farmers and the restaurants that buy from small local farms, people in the food system, have been hammered by the pandemic.

The silver lining is that it exposed a lot of the fractures in our food system. People have been trying to deal with it for decades. Now it’s front and center. I hope we can harness that awareness into building more local food system resilience.

Hopefully some people will have good experiences with the food they got [locally during this period] and will miss it, and realize their eggs look different, or wonder why the peanut butter they buy doesn’t taste as fresh. They might miss the personal touch of having food brought to them.

We’re hoping that the levels of participation to buy from local farmers [will not decrease], that restaurants who source local will not go back to the pre-pandemic [approach], and we can look at policy changes to make it easier for people to go into those businesses.

Policies that work for larger organizations don’t apply. For PPP loans, many small restaurants and farms may not have relationships with banks [that would make it easy to apply]. The pandemic saw the biggest foundations lead and the smaller ones right behind. These are changes people have been asking about forever. Now, let’s not go back to the old ways.

A: I’m not. I did the first one because I missed being involved with this world. Now that I’m working in it again, I think I’m doing [what I can that] supports the growth of this sector I’m passionate about. I’m happy to be supporting it. But 10 years from now, in retirement, who knows.

A: What’s really important is for people to learn as much as they can about what’s available, what their own interests are, what their level of interest in shopping is—and find ways into local food that are comfortable for them. It doesn’t have to be all or nothing, but every little bit helps.