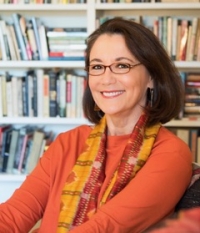 Aimee Liu is the author of the new novel Glorious Boy. Her other books include Cloud Mountain and Flash House, and her work has appeared in a variety of publications, including the Los Angeles Review of Books and the Los Angeles Times. She lives in Los Angeles.

Q: How did you come up with the idea for Glorious Boy, and for your characters, the Durants?

A: The core of this story came to me in one of those dreams that send you to your desk in the middle of the night.

In my dream, a young girl was hiding with a mute little boy while a massive evacuation was underway outside. She knew that the boy’s parents needed to flee, but she also knew they wouldn’t take her with them. She was local to the island where this was happening, and they were foreign and white.

She didn’t want to be separated from the little boy, so she took him into hiding, but when they emerged, the parents were gone, there was smoke in the distance, and she realized that she and this child were in big trouble.

Without having any specifics, I sensed that this all took place in the Andaman Islands, a setting that had fascinated me for some years. It’s a wild tropical archipelago in the Bay of Bengal.

Until the 1900s, the Andamans were occupied by indigenous tribes dating back 60,000 years. After the British built a penal colony for Indian rebels, which became the capital, Port Blair, the tribes began to die out, but a few still survive today.

What I didn’t learn until I actually visited in 2010 was that the Andamans were occupied by the Japanese in World War II, and there actually was a massive and traumatic evacuation of foreigners from Port Blair in 1942, just days before the enemy invasion.

A handful of British officers and soldiers were left behind, waiting for a second evacuation ship that never arrived. One of these men was publicly executed by the Japanese as an example to the local population of Indians, who initially greeted the Japanese as “liberators” but soon were subjugated by them. 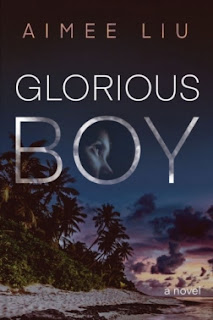 After learning of this World War II history, my dream quickly bloomed into a full-scale novel.

Shep and Claire Durant are both running from scarred childhoods -- in Shanghai and Connecticut, respectively -- in hopes of finding refuge in the Andamans, where he’s posted as Civil Surgeon and she’s trying to establish herself as an anthropologist like her idol Margaret Mead.

Their son Ty is their beloved “glorious boy,” but Claire has difficulty bonding with him, in part because she longs to be in the rainforest doing field work with “her” Andamanese tribe, and in part because Ty doesn’t speak. Only their servant girl Naila communicates easily with Ty, through their own mysterious silent language.

The tensions and jealousies that swirl around Ty lead to disastrous consequences on the day of the Durants’ evacuation. As in my dream, Naila finds herself in big trouble, but in the story the jeopardy extends to the entire family.

A: When I began this project 17 years ago, the Andaman archipelago was still a restricted territory. Foreigners were discouraged from visiting, and few people knew about these islands outside of India. I first learned about the Andamans from an anthropologist’s wife, which is why I envisioned Claire as an aspiring ethnographer. 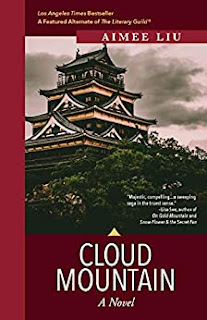 Initially, there wasn’t much about the islands online. I only found a few books here in Los Angeles, most of which focused on the indigenous tribes. I had no idea that the Andamans had played a key role in World War II.

By 2010, the islands were beginning to welcome tourists, and I finally visited Port Blair.

On Ross Island, the haunting little island where you can see the ruins of the former British cantonment, my fantastic guide procured for me a set of rare books and pamphlets written by local authors. These included detailed memories of people who had grown up before the Japanese invasion and lived through occupation.

These details brought the history to life and opened up exciting plot possibilities. I could never have written this novel if I hadn’t traveled to the Andamans and breathed the heat and humidity, walked those beaches, and found those texts.

A: As I always seem to, I agonized over the title for this book. There are so many important themes and sub-themes within the story, and each presented possible titles.

But I always loved that phrase “glorious boy,” which is Shep’s description for his baby son. It became my preferred title after I read Donna Tartt’s The Goldfinch.

The title of The Goldfinch refers to the object around which that novel’s plot revolves. The Goldfinch is a painting, an object of desire and a symbol of comfort and love. It’s a passive, rather than an active participant, yet it drives the plot.

Little Ty is much more active than a painting, of course. He has a headstrong and mysterious nature. But he’s only 4 in the thick of the story. His age and muteness severely limit his agency. Like the Goldfinch painting, he’s the object of jealousy and longing. He must be protected and saved. He must be found and rescued. 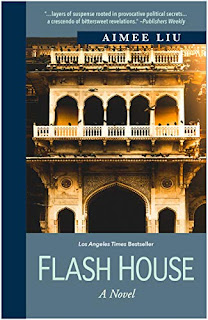 I like Glorious Boy as a title also because it’s somewhat ironic. Ty is as difficult as he is glorious. And the phrase bonds him with his father, who might be considered the truly glorious active boy of the plot.

We learn a lot about Shep’s own boyhood and his love of Kim, that other glorious boy of colonial India, who went “southward to he knew not what fate.” I love titles that are multi-layered, and this one fits the bill!

Q: The Publishers Weekly review of the book says, "Liu upends the clichés of the white savior narrative." What do you think of that assessment?

A: I’m exceedingly grateful for that comment. One the most cringeworthy refrains in colonial Asia was, “We are their mothers and their fathers.” White Europeans loved to infantilize their “little brown” subjects.

The main reason I thrust an American character into this colonial maelstrom is that she – Claire – brings a jaundiced eye to those patriarchal tendencies.

Even though Shep grew up in colonial Shanghai and balked at many of those tendencies, he also absorbed more of them than he realizes, and this causes friction, especially when he and Claire disagree about the amount of trust they can or should place in Naila as she grows closer and closer to little Ty.

I don’t want to give the plot away, but as the story unfolds, it’s not at all clear who is best equipped to protect themselves, much less Ty. When everyone is fully and honestly human, no one group or individual gets to claim the title of Savior.

A: I have a memoir about my father that’s long been in the works. Like Shep, my dad grew up in Shanghai, leaving when he was 19 in 1932. But my father was biracial, half Chinese and half American.

In many ways he was defined by his divided loyalties between his parents and their opposing ethnicities, cultures, educations, families, and nationalities. I’m fascinated by the ways that his conflicted loyalties filtered through him to affect not only my family’s dynamics but also my own identity.

The memoir is taking a long time because I also work as a ghostwriter, so every few months I have to drop everything and plunge into someone else’s book project. These breaks can be helpful in creating distance, allowing me to return to my own work with a fresh eye, but the back and forth does stretch the timetable!

A: Thank you for all that you do to bring authors and readers together! Now especially. Launching a book in the middle of a pandemic is a challenge I never anticipated, but it’s so heartening to meet people like you who have embraced the Web as a means of forming literary connections even when we can’t all meet in person. I stand in gratitude to you, Deborah!