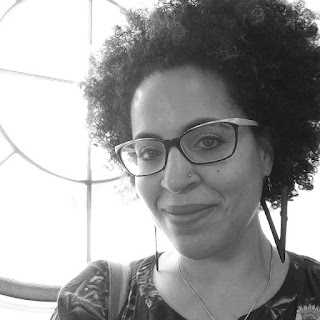 Kiki Petrosino is the author of the new poetry collection White Blood: A Lyric of Virginia. Her other books include Witch Wife and Hymn for the Black Terrific, and her work has appeared in a variety of publications, including Poetry and Best American Poetry. She is a professor of poetry at the University of Virginia.

Q: How did you come up with the idea for White Blood?

A: A few years ago, after the passing of my grandmother, I began contemplating issues of personal genealogy & family origin.

My grandmother's family originates in central Virginia, in a county adjacent to Albemarle (where Monticello & the University of Virginia are located). I realized that my great-great-ancestors were alive, in that county, during the time when Jefferson was at Monticello, writing Notes on the State of Virginia.

The landscape he saw from his mountain belonged, as much, to my ancestors, but it is only in recent years that the public discourse, and public institutions, have acknowledged the lived reality of the free and enslaved Afro-Virginians who contributed so much to our nation.

I wanted to write about what it means to (re)claim this very specific heritage, in light of the fraught racial histories embedded in this land. 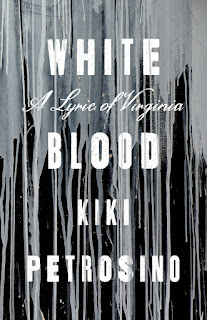 Q: The collection focuses in part on the University of Virginia, located in Charlottesville, and on Thomas Jefferson. Especially given the focus on Charlottesville in recent years, what do you hope readers take away from these poems?

A: I attended the University of Virginia in the late ‘90s and early 2000s as an undergraduate student.

At the time, I entered UVA as an outsider: I was an out-of-state student, a student of color, and paying for my schooling with scholarships and financial aid in an environment that was predominantly in-state, predominantly white, and where many of my peers were beneficiaries of legacy wealth.

That said, I treasured my time at UVA, making many friends of all backgrounds and taking part in worthwhile extracurricular activities. The racial history of UVA was something I knew about as a student, but, I realize now, I subconsciously distanced myself from these sorrows.

It is only as an adult that I have begun coming to terms with the ways race, class, gender, and economic disparity have inscribed academia and other American institutions. 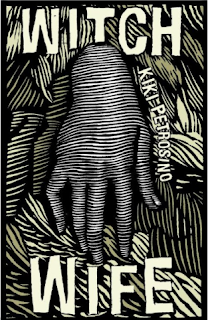 I was already writing White Blood before the August 2017 events in Charlottesville, but as the town, and the University, took center stage in the larger conversation around racism in this country, I realized that the book had to be about more than genealogy.

I wanted to revisit my undergraduate-self and remember what it was like to live in Charlottesville at that time. The torches of 2017 appear as an image in one poem to highlight for the reader the painful ways that unspoken (and unfinished) histories can break into our present reality.

A: I hope the title suggests the indelible bonds--visible & invisible, spoken & unspoken--that tie all Americans to one another.

Acknowledging ourselves as belonging to this American family, no matter our race, religion, or nation of origin, also requires us to talk, in a real way, about the painful realities of our shared history. 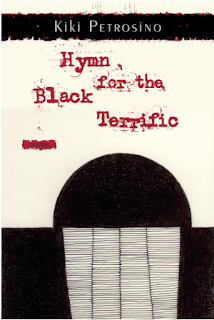 Q: How did you research the book, and did you learn anything that surprised you?

A: I used a mixture of research techniques for the book. On-line, I took advantage of the recent surge in archival digitization to access all sorts of genealogical documents pertaining to my family history. I also traveled to Virginia several times to visit repositories of physical records, such as those housed at the Library of Virginia in Richmond.

Because I was interested in the touristic language of historic American plantation sites, I visited Monticello, as a ticket tourist, about half a dozen times. I was surprised to be just as intrigued by the overheard conversations of my fellow tour-goers as by the discourse of the professional guides.

A: I'm in the very early stages of a companion book to White Blood. It will also be a collection of poems, but this one will trace another branch of my family tree, following a particular group of African American ancestors from enslavement, to freedom, and finally, to literacy, that great gift.

A: For anyone interested in archives, genealogy, or history in general: librarians are our great friends in this work! Several times, I thought I had reached a "brick wall" in my research, and a wonderful librarian was able to find additional documents or point me in a fruitful direction for more inquiry.

I have really enjoyed crossing disciplines and media in order to write White Blood, as the work has put me in contact with the many dedicated, energetic professionals who take care of our shared history.