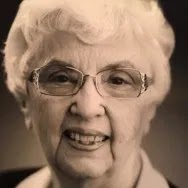 Karen Wolff is the author of the novel The Green Years, which is set in South Dakota in the era during and after World War I. She worked as a music educator and university administrator, and she lives in Ann Arbor, Michigan.

Q: Your new novel takes place during and after World War I--how did you research the book, and did you learn anything surprising?

A: I visited Greenfield Village in Detroit and rode in a Model T Ford to learn how to start the motor. I studied how poles and lines were installed to bring electricity to people. I read about early radios, the source of Harry’s early success in making money.

At first I was reluctant to include the KKK material in my book, because the organization is abhorrent to me. But as I learned of its strength in South Dakota in the ‘20s, I decided it had to have a place in Harry’s community.

The KKK started in the western part of the state in Sturgis, basically a white, blue-collar town. (Parenthetically the place of origin for the motorbike rallies notorious for drugs and rough types a decade later.) In the ‘20s, the KKK had a Klavern in almost every town in the state.

They aligned themselves with the “dries” in Prohibition and against Roman Catholics and immigrants. Their main agenda was to maintain a white, Protestant population. Sounds something like what is going on in this country today, doesn’t it? 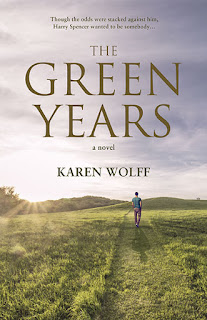 Another surprise was to learn about prosthetics that were available in the ‘20s. The “hook” was invented at the time of WWI to replace a missing hand, and it works by flexing existing muscles. I made use of this information in the book when Harry’s father gets an artificial arm.

A: The idea came from Welsh poet Dylan Thomas’s poem, “The force that through the green fuse drives the flower.” It seemed to me that the line with the words “my green age” described the inevitable force that bends and shapes a young life such as Harry’s.

A: I wanted to show how the influences that occur in early life shape a person’s character and can determine a life trajectory. Harry Spencer knew from an early age what he wanted: to have $1,000 by the time he was 21, to have clothes and a house like other boys, and to be somebody in this world.

In spite of the odds stacked against him–poverty, isolation, lack of a father--he develops a gritty resolve to make his way. His character becomes his destiny.

A: My next book, tentatively titled Search, will be published in the coming year. It is a creepy crime story based on actual events, and, serendipitously, is set in the same county of South Dakota as The Green Years.

A: My favorite scene from The Green Years: We are at the Chicago House Hotel in Sioux City where Harry waits while his grandfather buys beer from a gangster. Harry is smitten by a piano-playing woman in a shiny red dress, and then is scared out of his mind when a preacher and the police burst in to arrest bootleggers. Harry absorbs a lot of adult information in those swift moments!

I enjoy giving presentations about the book and about how I came to fiction writing. I did one before the book came out, and I’ve held two signing events where I read bits from the book. I have another event scheduled for an organization in Ann Arbor this spring.

I’d love to do a Skype presentation for a book club or blog. This is the fun for me.

I can be reached as follows: