Jill McCroskey Coupe is the author of the new novel Beginning with Cannonballs. She also has written the novel True Stories at the Smoky View. She lives in Baltimore.

Q: How did you come up with the idea for Beginning with Cannonballs, and for your characters Gail and Hanna?

A: My MFA thesis, written years ago, was a novella about a friendship between a white girl and a black girl. Realizing that it wasn’t very good, I put the manuscript away and haven’t looked at it since. But the idea stayed with me, and, about eight years ago, I decided to try again.

Hanna and Gail are entirely new characters, in a completely different story, with one exception: the scene in the empty swimming pool had its origins in my MFA thesis from long ago.

Q: The novel covers 45 years in the characters' lives. Did you organize everything before you started writing, or did you make many changes along the way?

A: I made changes at nearly every step in the process. I quickly realized that the two mothers, Sophie and Bessie, would play important roles, so I added chapters from their points of view. 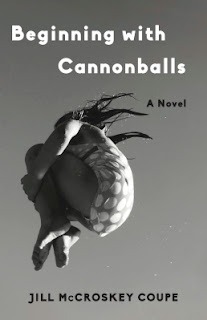 Originally, I’d intended to end the novel with President Obama’s inauguration. The book still ends on a cautiously optimistic note, but I’ve left current politics out of it.

Q: Did you need to do any research to write the novel, and if so, what did you learn that especially surprised you?

A: Because race is such a sensitive topic, I did a lot of reading and research, trying very hard to get things right.

I’ve never been to Haiti, where Hanna lives for several years.

Two books were especially helpful: The Rainy Season: Haiti--Then and Now (Simon & Schuster, 1989, reissued with a new introduction in 2010), by Amy Wilentz; and Haiti Noir (Akashic Books, 2010), edited by Edwidge Danticat, whose writing I greatly admire. Haiti Noir is part of a series, each book a collection of crime stories from a different locale.

In her Introduction, Ms. Danticat comments on the irony of the title "Haiti Noir." Haiti was founded by slaves in 1804, the first black republic in the Western Hemisphere.

Ever since then, its government has designated all Haitian citizens, regardless of race, as black (noir); this included the Polish soldiers who helped Haiti win its independence from France.

Blanc (meaning white) is the official term for non-citizens in Haiti. I was very surprised to see the terms black and white used in this way, irrespective of skin color.

Q: What do you think the book says about race, and about friendship? 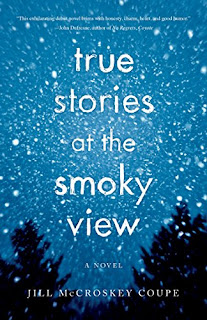 A: I’ll be very interested in readers’ responses to that question; I expect I’ll be surprised by the variety.

As the author, I’ve tried to depict a childhood friendship that would have been unusual at that time in the South.

After they’ve become adults, Gail works a little harder at keeping the friendship intact than Hanna does. But because they’ve known each other since they were infants, I believe the bond between them would be difficult to sever entirely.

A: I’ve begun what is turning out to be a multi-generational novel, set mostly in the Blue Ridge Mountains of Virginia. An old woman looks back on her life. Parents and children sometimes fail each other.

I’m about a quarter of the way through a second draft and will probably be revising for years. Please stay tuned.

A: Thank you for these insightful questions, and for the interview.

There’s more about the book (and me) on my website: jillmcoupe.com.