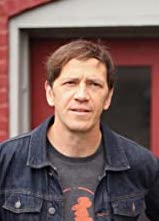 Ted O'Connell is the author of the new novel K. His work has appeared in a variety of publications, including Northwest Review and Third Coast. He teaches at Skagit Valley College and has taught at Beijing Foreign Studies University. Also a musician, he lives in Bellingham, Washington.

Q: How did you come up with the idea for K, and for your character Francis Kauffman?

A: When I taught in China, class discussions occasionally wandered into areas that I thought could get me into trouble.

I wasn’t handed a list of “Don’ts” by the school or the government, but I’d heard from other foreign professors that we were expected to stay away from The Three T’s: Taiwan, Tibet, and Tienanmen.

In my classes I was really into trying to get my students to read with emotion, so one day I brought in James Baldwin’s famous line, “I love America more than any other country in this world, and, exactly for this reason, I reserve the right to criticize her perpetually.”

About half-way through the exercise, a student spontaneously switched out “America” for “China.” In the moment it seemed cute and exhilarating. Later, I was like, “Dang, I better be careful.”

Each class has a class monitor whose job is mainly to help the foreign teacher with logistics, but they also have a responsibility to the school—and to the Party—to report anything fishy. Apparently he or she must have liked me because I never got any warnings. 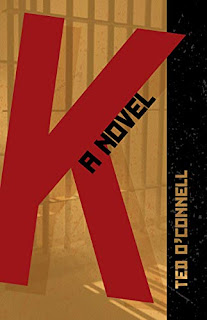 A few weeks after that class, when I sat down to do one of my required free-writing exercises, a line came out about a professor in prison who’s trying to “write” his story by memory because pen and paper are forbidden there.

“Oh shit,” I thought, because I knew immediately this was going to be a novel and I wasn’t sure I had the time.

Not to sound too much like an English teacher, but the metaphoric possibilities in that initial first line were pretty obvious: This was about free speech and also about the angst of trying to make art.

From there, Kauffman developed as a sort of exaggeration of myself. He speaks way better Chinese than I do. He’s much smarter and a much better writer, but he’s also three times as neurotic.

A: I made a conscious decision not to do any research on prisons. I wanted this wicked place called Kun Chong to be the product of the imagination. I’ve always loved stories that are hybrids of reality and fantasy, of the ordinary and surreal.

I just had this sense that if I read a bunch of stuff on Chinese prisons that I would feel limited and insecure and too worried about “getting the facts right,” which in turn would poison my imagination.

Later, I had to do a good deal of research on corporate stuff like mergers and acquisitions, shadow banking in China, that sort of thing. I learned the difference between Chapter 11 and Chapter 7 bankruptcy.

As for surprises, when I later peeked at a few articles about Chinese prisons, I was struck by how some of the details I had made up were actually true.

A: A good friend of mine, the writer Daniel Chacón, asked me this question when I was four months into the drafting.

He came to visit me in China, and I remember him asking me over drinks at the base of the Great Wall if I had written the ending yet.

The answer seemed to matter to him. He asked it like there was a right answer, and I was happy to tell him that I had written the ending but didn’t know exactly how I’d get there.

The ending was a gift that has been revised very little since its first draft; it’s what Kauffman would call “one of those bouts of ecstasy that any artist experiences from time to time.”

A: I’m embarrassed to say I’m working on improving my social media skills. I’m equally embarrassed to admit that I’m sending out queries and non-fiction articles for publication, so that I’ll be noticed in the marketplace.

Of course I’m getting smacked left and right with rejections, but that’s how life is for most writers. Some pieces are still out there alive and waiting though.

I’m also playing in three different bands, so if the aim of this question is to get at where my creative energies are going, it’s mostly into music now.

On the back burner I have my previous novel that I’ll ship into shape in a year or so, Harvey Wallbanger’s Greatest Ambition, or maybe I’ll call it R-rated Love Story, but that last one might get me typecast as the male Sue Grafton.

A: A friend of mine who read the book said something like, “It’s about this guy finding his humanity in an inhumane place,” and I think she was spot on.

This book’s as much about intimacy and fear of intimacy as it is about free speech or anything else. It’s way less spy thriller than some of the jacket material suggests.

Whenever I teach Tim O’Brien’s The Things They Carried, I’m always struck by the extent to which women like the book. K is not in the same league as O’Brien’s once-in-a-century masterwork, but it’s not just a guy book either. The positive feedback I get from female readers is cool.