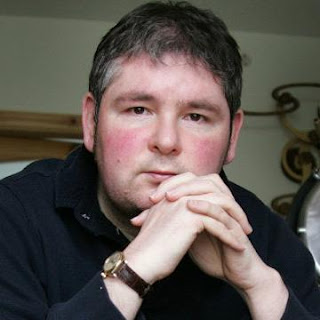 Darren Shan is the author of the new Archibald Lox series for young adults. It begins with Archibald Lox and the Bridge Between Worlds. His other books include the Cirque Du Freak and Zom-B series. He lives in Limerick, Ireland.

Q: How did you come up with the idea for your new Archibald Lox series, and for your character Archie?

A: I was walking across a footbridge in London when I saw a young woman coming towards me, pulling some strange-looking faces. She probably just had an itchy nose or something, but my curiosity was aroused, and I started thinking why she might be pulling such faces if she was doing it on purpose.

It immediately occurred to me that she could be doing it to open a gateway to a different world (which tells you a lot about how my brain works!).

My second thought was that if a boy from our world saw her doing this, and if he was a talented locksmith (even though he wasn't aware of it until this moment), he could open the door again once she had disappeared to wherever it was she hailed from and follow her across. And that seemed like a pretty good start to a story to me!

As for Archie and his development... I rarely know very much about my characters when I start writing a book. 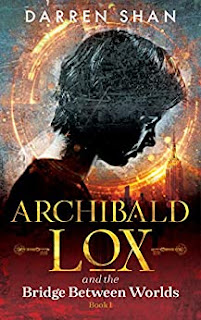 I like to work out my plots in advance, so that I have a firm structure in place when I sit down to write, but my characters usually grow over the course of the story-telling, and I find out about them as I go along.

In this instance I actually worked a little bit differently, because Archie isn't quite like any other character that I've ever written about.

There's a lot more to him than at first meets the eye, and we're going to be finding out more and more about him over the course of the next two Volumes of the series. (Each Volume will probably consist of three books, as the first Volume does.)

In truth, this is as much a series about unravelling the character of Archibald Lox as it is about discovering and exploring the universe of the Merge, the other world that Archie crosses to at the start of the book.

Q: You decided to release your books sooner than expected due to the coronavirus pandemic. Can you say more about why you made that decision?

A: It was a gut decision. I was working on my final edit of the book, taking my time, making vague plans for when and how I would release it. 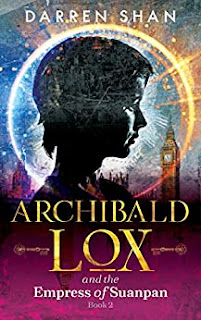 I was anticipating a big build-up to it, because I hadn't released a new Darren Shan book for a long time (four years). I was going to send it to lots of reviewers, spend plenty of time working with my cover designer to perfect the look of the series, do a good bit of advertising. I wanted it to be an EVENT!

But then the lockdown kicked in, and loads of kids and adults wound up stuck indoors, desperate to kill time, and... Releasing it early just felt like it was the right thing to do. I figured the books would help readers kill several hours, and hopefully cheer them up and intrigue them.

A: I usually have the ending pretty clear in my mind before I start writing, but there's always room for change. You've got to leave your options open when you're telling a story, otherwise you risk writing yourself into a corner and missing out on opportunities that might unexpectedly fall your way.

Stories can lead you off in directions you hadn't anticipated, and you should always be ready to follow where they lead, even when that throws your well-laid plans into disarray.

Now, it rarely happens that I'll deviate from an ending that I've spent years working towards, but it certainly has happened, as it did with the final book of my Zom-B series, where the story demanded I write a completely different ending to the one I'd spent 12 books and several years working towards.

Q: What are some of your own favorite YA books?

A: There are loads I could mention, but some long-term favourites that immediately come to mind are The Chocolate War by Robert Cormier, The Machine Gunners by Robert Westall, Dandelion Wine by Ray Bradbury (probably not written as a YA book, but I think it would be released as one today), The Graveyard Book by Neil Gaiman, The Stone Book Quartet by Alan Garner, His Dark Materials by Philip Pullman... 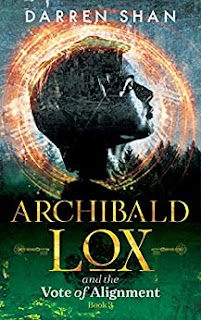 A: I'm just about to begin my latest edit of the second Archibald Lox Volume. It's a big old beast of a thing, more than half again as long as the first three books, though I'll probably edit that down quite a bit over the next several months.

I'm hoping to release the second Volume books next year, perhaps all at once as I did with the three books in Volume One, or maybe with short gaps between them. I'll work that out as I get a bit closer to launch date.

For now all I'm focusing on is the story, revealing more secrets about Archie and the Merge, and taking readers on a ride that's hopefully a familiar kind of experience, yet also something very different to what they're accustomed to.

I'm trying to rewrite some of the rule books with my Archibald Lox stories...

A: I think we've covered an awful lot already!

I've been asked how many books there are going to be in the series in total. I can't say for sure right now.

Volume Three may well prove the perfect place to stop -- there's an over-arching story arc which readers won't necessarily be aware of from the first few books, and that will come to a conclusion at the end of the third Volume -- but it's possible I might get taken another Volume or two beyond that, if a side-arc that I'm working on insists on dragging me further on...