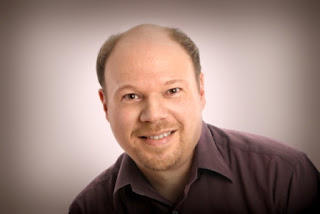 Q: Why did you decide to focus on Yorktown in your new book?

A: I happened upon the story of James Lafayette, an enslaved man who served as a spy for General Lafayette in the months leading up to the siege of Yorktown, Virginia. His story is not well-known and I became intrigued. After some research, I concluded the story had not been told in nonfiction for my audience.

I had visited Yorktown a few times, and had even dragged my parents to the huge bicentennial event there when I was a student. I could envision the place, something always helpful to an author. Plus, I live only a few hours away. I am also a fan of the American Revolution period and had not written about it before.

Ultimately, I decided that the story’s combination of spies and a big secret would make it appealing to my audience.

Q: How would you describe the dynamic between George Washington and General Lafayette?

A: It is often described as a father-son dynamic, but some scholars disagree with this assessment. I would not go so far as to say Washington was the father Lafayette never had and vice versa. Certainly, the unlikely friends became very close during the course of the war and mutual admiration developed between them.

Both have such interesting life stories and their contributions to the birth of the United States cannot be underestimated. A friendship forged during such an intense time in history can understandably grow deep.

A: I read many books and traveled twice to Yorktown, where I toured the battlefield and the town with a National Park Service interpreter. I visited the American Revolution Museum and its encampment area and watched cannon firing demonstrations.

I also camped out in the excellent library of the Jamestown-Yorktown Foundation and consulted with the historian there.

I even met with the actors who portray James Lafayette and the Marquis de Lafayette at Colonial Williamsburg. If readers want to “meet” James and Lafayette, Williamsburg offers programs at various points during the year and has posted a few videos online. 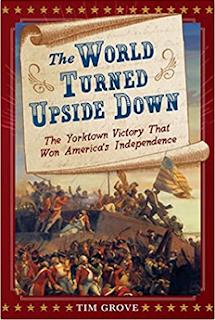 First, James’ story was the big surprise for me and how, even after serving as a spy and risking his life, he had to fight for his freedom. The historical evidence telling James’ story remains sparse.

I so wish I could have been there and listened to the conversations between Lafayette and James. The worlds they came from were so completely different. What did they talk about?

The second surprise was the secrecy surrounding the march of the Allied armies from New York to Virginia. It was absolutely necessary to fool the British into falsely thinking the Allies were attacking New York. Washington was a nervous wreck.

It’s truly amazing the pieces all came together at the right time. Washington gave much attention to detail in order to maintain the ruse, including building fake bread ovens in the French camps to assure the British that the French were staying in the area.

Q: Before the siege began, was its importance as a pivotal point in the war clear to both sides?

A: Of course, it is hard to look into the future. Washington and Rochambeau, the French general, knew if they managed to capture Cornwallis’s army, it would be a big moment in the war. But after Yorktown, the British still occupied New York, Charleston, and Savannah.

Washington asked the French navy to help continue the battle in Charleston, but the navy was needed elsewhere. At that point, Washington did not yet know that the war was losing favor with the British public and that Yorktown would turn out to be the final major event of the war.

As far as the British generals Cornwallis and Clinton are concerned, Yorktown was an embarrassment. After the siege, they told different versions of what happened. It became a public relations battle of sorts which Cornwallis ended up winning.

A: The book poses questions about what freedom means to different people and takes a look at the different choices available to enslaved men and women. The addition of James’ perspective offers a new twist on the Yorktown story.

As always, I hope readers will visit the sites associated with the story—stroll the cobblestone streets of Yorktown, traipse across the battlefield, and experience the relatively new American Revolution Museum.

The sites are well-preserved—the National Park Service interprets the battlefield and the state of Virginia runs the museum. You can stand approximately where the surrender occurred and try to imagine that crisp fall day when the world truly turned upside down.

Of course, no one knew the extent of it at the time, how much this new nation would impact world history. But in 1781, a major victory over one of Britain’s top generals was something to be celebrated and many spectators turned up to watch.

A: I have a number of projects in the works. During the pandemic I tried writing adult historical fiction and had a lot of fun. I am looking for a publisher for that. It’s based on an amazing true story from early America that few people know.

I think nonfiction will always be my first interest, but I have begun research on a second novel, set on the American home front during World War II, again based on a true story. The past holds so many interesting stories.