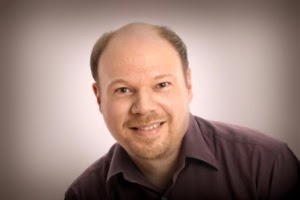 Tim Grove is the author of Star-Spangled: The Story of a Flag, a Battle, and the American Anthem, a new middle grade book for older kids. His other books include Milestones of Flight and A Grizzly in the Mail and Other Adventures in American History. A public historian, he has worked at the Smithsonian National Portrait Gallery and the Smithsonian National Museum of American History, among others. He lives in Virginia.

Q: Why did you decide to focus on the Battle of Baltimore during the War of 1812 in your new book?

A: When I worked at the Smithsonian National Museum of American History, keeper of the original Star-Spangled Banner flag, I had the opportunity to delve into its story, which is rooted in the Battle of Baltimore.

I realized most people just don’t know much or anything about our national anthem. Most can’t even identify the correct war. If they know anything, it’s that Francis Scott Key penned the words.

But who was he? I decided to tell the story from multiple perspectives and to offer more historical context than is usually given. I think Americans especially should know the story. 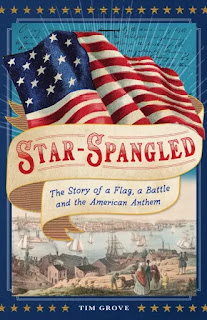 A: I pulled sources from the National Archives in the US and the UK, as well as various repositories around the nation. Thankfully, many are online. I also spent some time at the Maryland Historical Society.

Sadly, my biggest surprise was that all four of my main American characters owned slaves. I did not know this when I started.

I was pleased to learn the story of the Colonial Marines, a fighting unit of formerly enslaved men recruited and trained by the British. They fought at Washington and Baltimore and their story is inspiring. The reality is that African Americans fought on both sides.

I was also surprised to learn that Admiral Cochrane, the British leader in charge, had decided not to attack Baltimore and changed his mind at the last minute because of the tidal forecast.

Q: You write, “I chose to tell this story from different perspectives because all history events can be viewed from more than one angle.” How did you choose the people you focused on in the book?

A: Very intentionally. They all answer questions related to the story.

The obvious person to include was Francis Scott Key since he wrote the lyrics.

But few people know Mary Pickersgill, the businesswoman who sewed the flag. Her story allowed me to incorporate some women’s history. 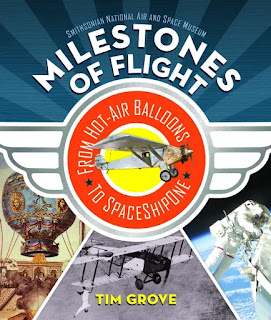 Samuel Smith was the hero of the day, in charge of Baltimore’s defense, but again, few people know of him. His brilliant strategy made a big difference.

I wanted to answer the question, Why Baltimore? Why did the British hate Baltimore? The answer lies with the shipbuilding industry, and who best to represent that than Thomas Kemp, maker of some of the fastest schooners built in Baltimore?

Finally, I thought it important to include the British perspective. What propelled the decision to attack and why did the attack fail?

Q: What do you hope readers take away from this book, and what do you see as this battle's legacy more than 200 years later?

A: In short, a new appreciation for our national anthem. But also, I write about American history and my goal as a public historian and author is to help my readers, especially ages 10-14, understand the historical process a little more. How do historians draw conclusions from primary source materials? They need to think critically and to weigh sources.

The Battle of Baltimore could have easily ended with British victory. Would they have burned Baltimore? Occupied it? The battle came on the heels of the burning of Washington. What would a defeat have done to the fragile American government?

Baltimore proved an important battle in the War of 1812, a war which has been called the second war of independence. In many ways, the war secured America’s independence. It was the first war waged by the fledgling country and was against one of the world’s top military powers.

The war also secured Canada’s independence from the US, not something Americans know.

I love history because it’s really a compilation of decisions that people have made. Individuals do make a difference in the course of history.

For example, Admiral Cochrane changed his mind and the British attacked Baltimore. Months earlier, he signed a proclamation saying any enslaved people who fled to the British would find refuge. 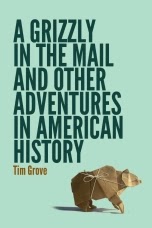 A man named Doctor Beanes made the British angry during the attack on Washington, so they captured him. Beanes happened to be a friend of Frank Key’s and Key ended up going to try to secure his release. But he happened to be at the wrong place at the wrong time and ended up captive behind British lines, with a front row seat to the action at Baltimore.

His experience inspired him to pen a poem which is known around the world.

A: A book about Yorktown, the decisive moment in the American Revolution. I decided to take a similar approach. I’m following five main characters who led very different lives which intersected at Yorktown to change world history.

One was an enslaved man who became a spy for General Lafayette. His is an important story and more people should know it.

I’m also learning how much we owe the French for our freedom from Great Britain.

A: I find people either love history or hate it. Those who think they hate it were forced to memorize dates and names in history class. You don’t need to know dates to appreciate history. I wish more people realized that everything has a history and that history tells us how we got to where we are. It is crucial to study history if we want to understand our world.

I wrote a book a few years ago titled A Grizzly in the Mail and Other Adventures in American History. In it, I tried to explain why I love history and to share fun stories of my attempts to teach history to the public at various museums I’ve worked at. History is complex and messy and fascinating, anything but boring.