Fiona Davis is the author of the new novel The Lions of Fifth Avenue, which focuses on the New York Public Library. Her other books include The Chelsea Girls and The Masterpiece. She lives in New York City.

Q: How did you come up with the idea for The Lions of Fifth Avenue, and for your characters Laura and Sadie?

A: Once I discovered that there was a seven-room apartment built deep inside the library, for the superintendent and his family, I decided that part of the book should be from the superintendent’s wife’s point-of-view, soon after it was open to the public. That’s Laura, who’s stymied by the fact that she lives in this building brimming with knowledge, but doesn’t have a fulfilling way to express herself.

For the other time period, I thought the 1990s would be a fun era, and invented Sadie, a curator who works at the library and is about to mount a major exhibit of rare books. 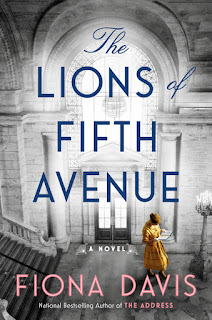 Q: What do you think the novel says about feminism over the past hundred-plus years?

A: What surprised me about the 1910s was just how actively women were involved in feminist causes, including the right to vote, the right to birth control, and the right to exert agency over their own lives. There was a huge movement forward in terms of the “New Woman,” one who considered herself equal to men.

I think the novel shows how progress is not a straight line. We go through these cycles, for example, during World War II, when women took over men’s jobs and brought home a paycheck, then the 1950s kicked in and suddenly they were back in the kitchen.

A: I read widely about the time period, and interviewed historians and librarians. The staff at the New York Public Library was very accommodating, showing me where the old apartment was located, as well as other behind-the-scenes spots that aren’t open to the public. 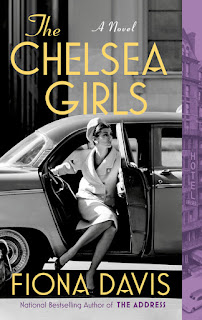 It was wonderful to step back in time and imagine what it was like then, as well as what the city was like. Laura ends up going to the Columbia Journalism School, and I’d gotten my master’s degree there, so it was fun to draw on that experience.

For the 1990s section, I was already living in New York City by that time, so researching it was a breeze in comparison.

Q: The New York Public Library is the fifth New York City landmark you've featured in your novels. How do you see its role in New York history as compared with the other buildings you've written about?

A: The New York Public Library is truly beloved, by both New Yorkers and visitors, so there was a lot of pressure to get the story right and illuminate the building as if it were another character. Because it’s open to everyone, unlike some of the posh apartment buildings or hotels I’ve featured in my books, I had to really dive deep. Luckily, its history is rich, so there was a lot to draw from. 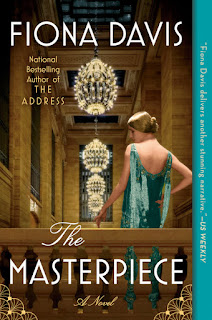 A: I’m working on a novel set at the Frick Collection, a stunning Fifth-Avenue mansion that began as a residence, then became a museum. It’s full of gorgeous art and furniture, and the Frick family who lived there are eccentric, wonderful characters.

A: I think you covered all the bases! Thank you so much for having me.