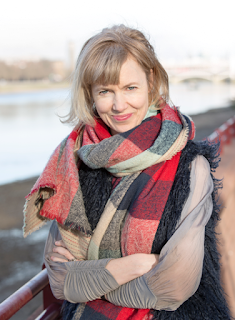 Annabel Abbs is the author of the novel The Joyce Girl, which focuses on the life of Lucia Joyce, a dancer who was the daughter of writer James Joyce. Abbs also has written the novel Frieda, and her work has appeared in a variety of publications, including The Guardian and Tatler. She is based in London and Sussex, UK.

Q: Why did you decide to write a novel based on the life of Lucia Joyce?

A: I stumbled across Lucia Joyce nearly 10 years ago and was shocked that I hadn’t heard of her, given I studied Joyce at University.

When I found out that all her letters, diaries, medical notes had been destroyed, I decided to try and piece her life together. She had a biography but I wanted to understand her inner life… what she felt and thought.  With none of her own material available, a novel was the only way she could be given the voice I felt had been denied her.

She had an extraordinary life as a modern dancer in 1920s Paris, rubbing shoulders with the writers and artists that inhabited Paris at the time. Dance is usually overlooked in favour of art (Picasso, etc.) and literature (Hemingway, etc.) but modern dance was just beginning and was equally exciting for those involved. 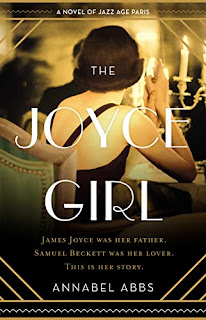 Q: How would you describe the relationship between Lucia and her father?

A: They were very close. She adored him and he was devoted to her. They were both driven, hard-working, artistically brave and talented. In many ways they were very similar.

He was devastated by her demise and took himself to the verge of bankruptcy in his attempt to find a cure for her. But he also made use of her and her dancing – the themes of dance and madness run all the way through the book he was writing at the time, Finnegans Wake.

Later, Lucia said that anything in the novel about love, dance, or madness was about her.

Q: As you wrote the novel, what did you see as the right balance between the actual historical figures and your own fictional versions of them?

A: Lucia had to be entirely imagined as she left so little in her own voice. But all the characters are based on real people (most of whom had at least one biography, along with letters, even interviews in some cases). I used real locations and real events where they existed.

When I had no evidence I had to think very carefully about what I felt might have happened. In these cases I usually relied on Joyce’s fiction (and Beckett’s in some cases) to have a good guess. But, ultimately, it’s a novel and all the characters are my versions or interpretations of them. 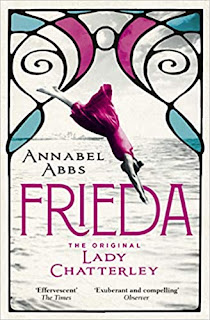 Q: The novel also deals with mental illness and the role it played in Lucia's life. Can you say more about that?

A: There’s never been a definitive diagnosis of what troubled Lucia, but she spent 50 years living in mental institutions, eventually dying in an English mental hospital.

Some of the treatment she was subjected to shocked me and I found it very difficult to understand why a dancer – someone who speaks through her body – would be repeatedly locked up and put in a straitjacket.

It was a very different era but it’s hard not to suspect her treatment of exacerbating her condition. Fortunately we’ve made enormous strides in our understanding of mental health, but it was too late for Lucia.

A: I’m working on a nonfiction book about women of the past who walked in wild places – in a bid to reclaim remote landscapes which have historically been viewed as male territory. Actually, many women enjoyed being in the mountains and the deserts. We just don’t know about them.

A: I hope everyone enjoys The Joyce Girl. It shows a slightly different view of jazz-age Paris – Paris from the point of view of Irish exiles who could never go home and who didn’t arrive with suitcases full of dollars. For the American expat community, Paris was often a party city to be fully enjoyed.  The Joyce family had a slightly different experience.