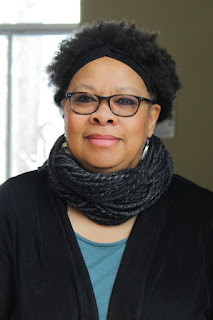 Gretchen Sorin is the author of the new book Driving While Black: African American Travel and the Road to Civil Rights. She's working on a companion documentary with filmmaker Ric Burns. She is a distinguished professor and director of the Cooperstown Graduate Program of the State University of New York. An exhibition curator, she lives in upstate New York.

Q: Why did you decide to write Driving While Black?

A: The book started as a doctoral dissertation. I’m an exhibition curator. It got started with my interest in The Green Book, a long time ago. I had heard about The Negro Motorist Green Book, and I was really fascinated. I wanted to know more about it.

The more I dug into it, the more it started to explain my parents. Both are dead. I started to understand their point of view. One of the reasons I put the personal stories into the book was that it was a personal journey.

A: When I was researching the book, I wanted to look at the sources African Americans had written, to understand the story of the automobile from the African American point of view. I spent a lot of time in periodical publications and I did oral histories. With my background as a curator, a lot of it involves working with oral histories.

I started with my hairdresser, and asked if I could interview people in her shop. I would interview older women. In some of the recordings, you can hear the curling iron clicking in the background. 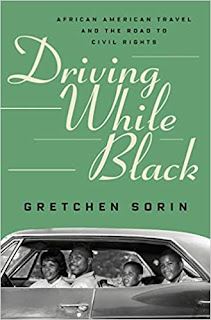 I expanded out. The stories were so good, I decided to cold-call people. I wanted to talk to funeral directors, so I would call Black funeral homes and found the person who had been there the longest.

I started researching Black restaurants and hotels. I called and talked to the people who had been there the longest. I got bolder and bolder.

I was surprised at how silent the generation of my parents was with their children about racism and Jim Crow. I interviewed colleagues whose parents were in the front seat and we, the kids, were in the back seat. We all said, We didn’t know. Our parents hid that from us. I was surprised by how much they protected us.

Q: You write, “My hope is that [the book] shows how access to cars completely transformed black life in ways that were both far-reaching and totally unexpected.” What are some of the transformations?

A: For African Americans, it’s huge that they were able to get in their own cars and go where and when they wanted to go, and not face the humiliation of being on a public conveyance and being shouted at. The bus drivers carried guns and would scream at people to get in the back. They did some incredibly cruel things, and so did the train conductors.

The automobile freed them from that.

White people in the 1920s [sometimes] had a fear of cars, that they would destroy families and communities. They called the car the “Devil Wagon.” You don’t see any of that in African American literature—they loved cars. Cars took them away from this Jim Crow behavior.

Q: What do you see as the importance of The Green Book and other travel guides during the mid-20th century?

A: For African Americans, there were two ways they found out about places that were safe. One way was word of mouth. The other source was travel guides, brochures for African Americans, newspaper ads. The guides were very important in helping people feel safe and secure, that they could travel without running into a lot of danger.

The travel guides provided national advertising for mom-and-pop places that couldn’t really afford to advertise—they could advertise for the national African American market.

A: My original title was Keep Going: African Americans on the Road in the Era of Jim Crow. It was my dissertation title. When Ric [Burns] and I started working together on the film, we were on a panel together. I’m a curator and I had collected photographs. Ric and I went to lunch, and we flipped through the file of pictures. The waiters and waitresses gathered around us—they were fascinated by the pictures.

That’s how we started working on the film. He said, This title is too academic. The title should be Driving While Black.

Q: I was going to ask you about the photos in the book—had you been collecting them all along for your dissertation?

A: Curators do material culture, and I use photographs as evidence. African Americans have less written documentation than white Americans, but there are photographs.

Every time I did an oral history, I would ask about family pictures. Invariably, people posed with their automobiles. It’s one of the ways I gathered the pictures.

Q: What do you hope readers take away from the book, especially at a time when issues of racial injustice are prominent?

A: I hope people that read the book and look at the documentary really think about what it means when people say there’s systemic racism in this country. This history demonstrates that as African Americans pushed for rights, there has been unrelenting pushback. I hope people understand that the people demonstrating now are addressing an issue that’s gone on for a long time.

I’m very concerned about the relationship between African Americans and law enforcement. We need serious reform in our police.

A: I’m working on the documentary. That’s it—trying to get it finished. And doing lots of talks for community groups, schools, kids, about racism, policing, and law enforcement. We’d like to get the police more involved in the conversation about how to move forward in a positive, constructive way.