Q: How did you come up with the idea for Conan Doyle's Wide World?

A: I'd written a biography of Conan Doyle, and was always impressed by his energy and his interest in everything around him. In this way he was similar to his creation Sherlock Holmes. They were great observers, and Conan Doyle knew how to translate his experiences into crisp and evocative prose.

Having myself already written on Conan Doyle I was keen to expand my knowledge of him into other areas. Another of my biographies was about the writer Rudyard Kipling. Subsequently I'd also done a book about Kipling's travels round the world. So it seemed logical to do something similar with Conan Doyle. 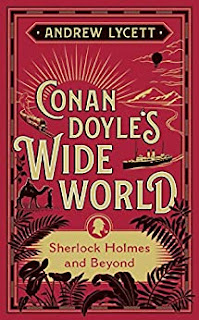 Q: What accounted for Conan Doyle's love of travel, and how did it carry over into his writing?

A: Conan Doyle's love of travel went with his personality - curious, warm and expansive. He trained as a doctor and, even while a student, he was volunteering to travel as a ship's doctor to the Arctic and then down the coast of West Africa - always writing about what he came across. He was also an enthusiastic photographer, and he used to take his camera on expeditions and take pictures of what he saw.

A bit later, he became a committed skier which took him to the Alps where he wrote about his experiences on the mountains - one of the first people to do so.

You ask how this love carried over into his writing. Well, Sherlock Holmes was forever venturing out of Baker Street to investigate potential crimes in different parts of London and of England. Like Conan Doyle, the great consulting detective noticed everything and liked to make sense of his environment. 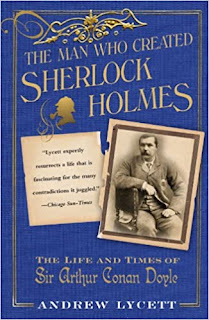 Q: How did you research this new book, and did you learn anything that especially surprised you?

A: The research for this book was not too difficult. I knew Conan Doyle's works pretty well. So it was just a matter of choosing excerpts from his writing that I thought would a) illustrate the extent of his travels and b) interest the general reader.

Knowing the basic oeuvre I was nevertheless surprised by the quality of some of the writing. Conan Doyle's description of the excitement and the cruelty of killing a mammoth whale in the Arctic Sea is breathtaking.

He subsequently not only wrote articles about his experiences, but turned them into gripping fiction, as in his story “The Captain of the Pole-star,” which nailed another aspect of life in the frozen north - the eerie stillness and loneliness which drive this particular captain mad.

A: I hope they will share my enthusiasm for Conan Doyle's prose and find themselves transported to different places and different experiences. Above all I hope they enjoy it. 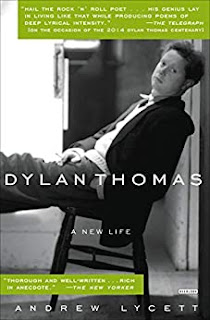 A: I have a couple of projects for new biographies but they are still in their early stages, so I'd prefer to keep them to myself for the time being.

A: Conan Doyle is of course best known for his Sherlock Holmes stories. But there was so much more to him and to his writing. He produced historical novels, histories, poetry and of course finely observed travel pieces.

If you're a Sherlock fan, and even if you're not, it's well worth examining some of this non-canonical output.