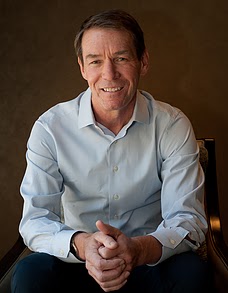 Len Joy is the author of the new novel Everyone Dies Famous. His other books include the novels American Past Time and Better Days. He lives in the Chicago area.

Q: How did you come up with the idea for Everyone Dies Famous?

A: My first novel, American Past Time, is about a man named Dancer Stonemason who is an up-and-coming minor league pitcher for a Missouri minor league baseball team.

Dancer retires the first nine batters easily. He convinces his manager not to take him out until someone gets a hit. He ends up pitching a perfect game, but injures his arm and never gets his shot at the majors.

Dancer’s life unravels. He quits baseball, goes to work in a factory to support his family, starts drinking, his wife has an affair, and Clayton, who idolized his father, grows to hate him. The story covers post-war America from the ‘50s up through the war in Vietnam.

It’s a story of redemption and second chances. (In my second novel, Better Days, a man who has coasted through life on the fading memory of high school glory has to get back in the game in order to save his lifelong friend. I guess you could say I’m interested in stories of what happens after the cheering stops.) 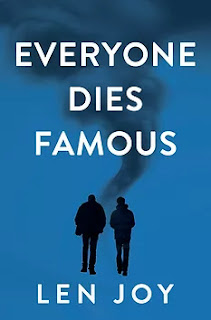 At the end of American Past Time, Dancer leaves Maple Springs and his checkered past behind. He’s starting a new life. When I began thinking about a new novel, I played the “What if” game. What if Dancer returned to Maple Springs as an old man?  What if, after all these years, he finally reconciles with his son, Clayton? And then what if Clayton dies?

The novel begins with a grief-stricken Dancer trying to find a purpose in life. It’s a standalone novel – you don’t have to read American Past Time to understand and enjoy the story.  For me it was fun to return to the town and characters I had created and imagine what they would be like 25 years later.

Q: The book is set in a small town in Missouri. How important is setting to you in your writing?

A: I grew up in Canandaigua, New York – a small town in western New York. I moved to Chicago after college and I remember expecting that “city” people would be a lot different from the folks I grew up with, but they weren’t. There was just a lot more of them. 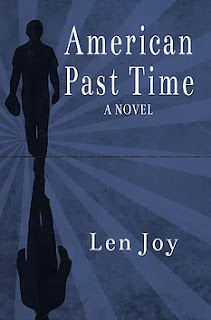 Everyone Dies Famous is set in a small town in southern Missouri. The small-town setting is important. I wanted a town that was big enough that folks didn’t know everyone, but small enough that there weren’t many degrees of separation. A character might not know another character, but he or she would know someone who did.

The story has several subplots and the characters in each subplot are in some way connected. The small-town setting makes that possible and I hope, plausible.
Q: Did you know how the novel would end before you started writing it, or did you make many changes along the way?

A: When I begin a story, I usually have a notion about where it is going to end and maybe even a rough idea how. But I don’t commit to that. I focus on putting the characters I create into situations, (like trying to survive a tornado). Oftentimes the characters deal with those situations differently than I expected, and as a result the ending I initially  imagined doesn’t work.

Robert Boswell, in his craft book, The Half-Known World, argues that it is important that as writers we not know everything about our character when we begin to write. Not knowing everything provides us the opportunity to be surprised. 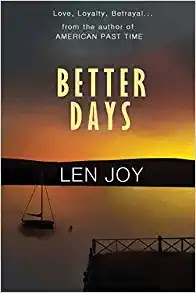 When I started this novel, I knew it would end in a day, and that was a useful frame. But I didn’t know how it would end. Or who would survive.

A: I hope readers like the characters I’ve created as much as I do. There is an unfortunate tendency in the news and social media to label people. Pigeonhole them as liberal, conservative, red-state, blue-state, elite, deplorable, etc.

My life experiences have taught me that people are multi-faceted. We are all flawed human beings. I try to create characters that are realistically flawed.  My hope is that readers will enjoy hanging out with these characters even if they are not likely to associate with them in the real world.

But mostly my hope is that readers will enjoy the story.
Q: What are you working on now?

A: I have just finished another novel that is set in Phoenix at the millennium. It’s about fateful decisions and the criminal justice system. The title is Dry Heat.

A: For the last 20 years I have been training and competing in mutli-sport endurance events. I have completed over 80 triathlons and in 2017 I ran in the Boston Marathon. I compete internationally representing the United States as part of TEAM USA.