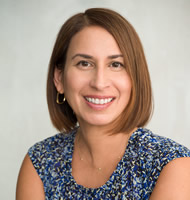 Michele Campbell is the author of the new novel The Wife Who Knew Too Much. Her other books include A Stranger on the Beach and She Was the Quiet One. A former federal prosecutor in New York City, she lives in New England.

Q: How did you come up with the idea for The Wife Who Knew Too Much, and for your characters Tabitha, Connor, and Nina?

A: The Wife Who Knew Too Much is a decadent summer thriller set against the glittering backdrop of the Hamptons. It explores how far people will go for love and money and is inspired by the classic psychological thrillers such as Rebecca by Daphne du Maurier.

It has an everywoman heroine who gets in over her head because of love. Tabitha is a struggling waitress whose life is upended when Connor, her first love, whom she’s never gotten over, reappears out of the blue at the restaurant where she works. He’s now married to the extremely wealthy Nina. Connor and Tabitha reignite their affair.

When Nina apparently takes her own life, Connor and Tabitha can finally be together. Tabitha is swept into the dark glamor of Connor’s world, which she’s ill-prepared for. Is Connor completely innocent in his wife’s death? Does he truly love Tabitha, or is she a convenient suspect? And what about Tabitha herself? How much did she know, and what is she willing to do for love and money?

If you enjoy classic domestic noir, like Rebecca, Gone Girl, and The Girl on the Train, this book belongs on your summer TBR 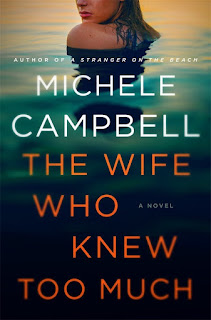 Q: The book is set in the Hamptons and also in New Hampshire. Why did you pick those two settings?

A: The Hamptons and New Hampshire (two places I know well) are polar-opposite settings that bring to life the stark choice Tabitha faces in her relationship with Connor.

In New Hampshire, Tabitha’s life is a struggle. She has a dismal waitressing job, financial troubles galore, and an abusive ex-husband who’s stalking her. Then Connor comes back into the picture and sweeps her off to the Hamptons.

The Hamptons setting is a frothy fantasy of glamor, wealth and ease. Not only does Tabitha get to be with the man she’s always loved, she now lives in a fabulous oceanfront mansion filled with art and antiques, a staff at her beck and call, expensive clothes, and plenty of exotic travel (there’s a trip to Dubai and a sojourn on a luxury yacht).

But all that glitters is not gold. Tabitha is never comfortable in this new world, and she may be in danger. She finds herself homesick for her life before Connor. Like Dorothy visiting Oz, will she ultimately realize that there’s no place like home? 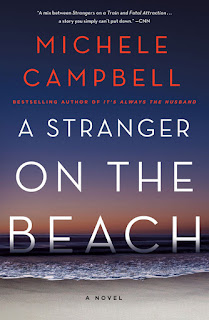 Q: One of the issues in the book involves trust, as the various characters often doubt one another's honesty or loyalty. Without giving anything away, how do you see that issue playing out in the novel?

A: Trust is at the center of all psychological thrillers. The Wife Who Knew Too Much opens with a passage from Nina’s diary in which she says she thinks that Connor is going to murder her, because he’s in love with someone else and wants her money.

But from that very first page, we as readers don’t know who to trust. Is Nina telling the truth? Could she be lying in her own diary? Once Nina dies, can Tabitha trust that Connor truly loves her, and had no involvement in his first wife’s death? Can Connor trust that Tabitha is innocent?

Just as the characters don’t know if they can trust one another, the reader doesn’t know which characters to believe, and that’s the point. The mind games both create a puzzle to solve, and are a pleasure in themselves for lovers of twisty, suspenseful thrillers.

A: My titles are chosen in collaboration with my brilliant editor at St. Martin’s Press, Jennifer Enderlin, who’s a genius at coming up with phrases that resonate with readers. This one, to me, evokes classic domestic noir.

Since Gone Girl ran away with our hearts and minds, we’ve been hooked on dark tales of bad marriages, and The Wife Who Knew Too Much continues in that grand tradition. The word “Wife” calls back to other great modern thrillers where the wife is the central character. 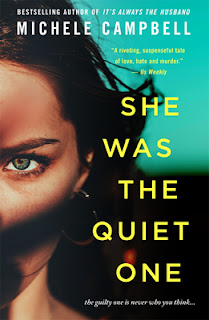 But it also creates a puzzle, because there are two wives in this book—the first Mrs. Connor Ford, who was fabulously wealthy and is now dead. And the second Mrs. Connor Ford, the girl-next-door who ends up with both the guy and the money.

“Knew Too Much,” is a nod to classic film noir, and is left up to the reader to interpret. Which wife knew too much --Tabitha or Nina? You’ll need to keep turning the pages to find out.

A: I’m working on a new psychological thriller called The Housesitter, about a young law student who’s drawn into the dark web of a glamorous female professor when she’s offered a position as her housesitter. This book will be a combination of a modern, female-driven psychological thriller and good old-fashioned legal thriller in the vein of John Grisham or Scott Turow.

A recovering lawyer myself, I’ve been both a law student and a law professor. I love that environment, I know it like the back of my hand, and I’m excited to bring it to vivid, suspenseful life for my readers. The Housesitter is coming from St. Martin’s Press in 2022.

A: Instead of an in-person tour for The Wife Who Knew Too Much, I’ll be doing a bunch of fun virtual events open to readers everywhere. I’ll also be doing Skype or Zoom chats with book clubs. Visit my website, MicheleCampbellBooks.com, or connect with me on Facebook, Instagram or Twitter, to learn more.