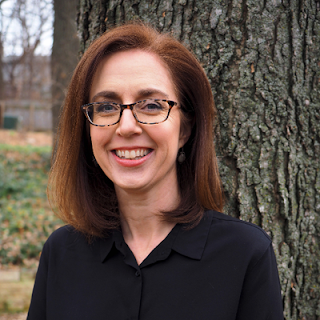 Amanda Sellet is the author of the new young adult novel By the Book. A former journalist, she lives in Lawrence, Kansas.

Q: How did you come up with the idea for By the Book, and for your character Mary?

A: I had a vision of a girl in high school who has this absolute moral compass drawn from all the classic novels she’s read. The first kernel of the story was that scene in the coffee shop where Mary explains to some classmates who she feels are about to make a terrible error in judgment that a certain love interest is no good.

Mary is a little like me (booksmart but socially naïve), and a little like my younger sister Claire, who as the fourth of five children has always been far more sociable and outgoing than my introvert self.

Q: How did you choose the books that Mary reads and discusses throughout By the Book? 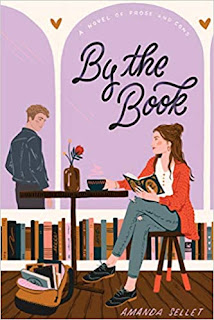 A: At first the deciding factor was, “which books do I know well enough to crack jokes about?” Since that would have meant mostly talking about Jane Austen and the Brontë sisters, I expanded to include some of the gloomier morality tales (by Henry James and Thomas Hardy, among others).

I tried to keep the mood consistent by sticking with 19th-century Brit Lit, but as long a book had the right “drawing room” feel, I considered it fair game.

Q: In a review on NPR, Alethea Kontis says, "Mary's naive hyper-intelligence is a fascinating perspective, illustrating not only how life imitates art (and vice versa), but also how life never really stops being like high school in so many ways." What do you think of that assessment?

A: That was a dream review, I have to say, written by someone who absolutely “got” the silly/not-silly vibe of By the Book.

Finding the common ground between high school and 19th-century novels was one of my favorite parts of the story. They may not look anything alike on the surface, but the status consciousness, fear of being judged by one’s peers, and obsessive attention to every tiny detail of social interactions – all of that is straight out of Austen.

A: There are several morals to the story, having to do with honesty among other things. That said, this is really a dessert-first book. My fondest wish is that people will laugh, swoon, and escape from their cares for a few hours.

A: I’m working on another YA contemporary featuring characters who are mentioned in By the Book. Is that mysterious enough?

A: A good thing to know going in is that the spirit of this book is definitely not “welcome to my gritty exposé of contemporary teen life.” This is a fanciful, old-fashioned story with loads of comedic exaggeration – think Gilmore Girls with a tongue-in-cheek 19th-century twist.