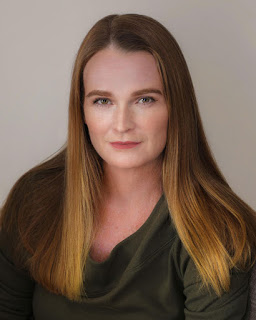 Lacy Crawford is the author of the new memoir Notes on a Silencing. She also has written the novel Early Decision. A former senior editor of Narrative, she lives in California.

Q: Why did you decide to write this memoir about the trauma you experienced as a student at St. Paul's School, and its aftermath?

A: Quite simply, I had been silenced once, when I was a teenager, and then circumstances aligned to reveal that I was being silenced again when I was in my 40s. I could not abide it a second time.

I joined this investigation primarily because I had been so horrified by how the school had treated Chessy Prout during the highly public events that followed her sexual assault by a senior in 2014.

One of their moves in particular reminded me of how the school had treated me, and I wanted to show investigators that I believed that my experience might demonstrate a pattern of behavior on the part of the school that spanned decades. I was assured that my participation would be kept confidential.

However, a short while after I began working with detectives, I received an email from lawyers representing St. Paul’s in their own investigation of what they called “boundary violations.” The police were disturbed by this effort to contact me, and went immediately to the school to request my student file, which was 25 years old that summer.

Inside my file was documented evidence of how the school had planned to silence me way back in 1991, in the aftermath of my assault. We had, as they told me, the “smoking gun.” But when the police submitted this evidence to state investigators, it was refused, and my case was not included in their efforts. 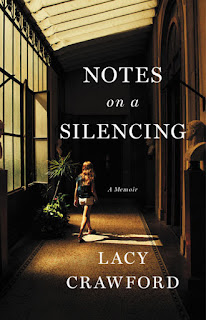 I realized what was happening. The school had silenced me the first time when I was 15. Now I was in my early 40s, and I wasn’t going to stand by and let them do it again.

Q: How difficult was it to revisit your assault and the attitude of the school toward you?

A: The assault remains undigestible in my memory and experience. I haven’t really left it, or it hasn’t left me--so either way it wasn’t so much a revisiting, in truth. I have grown around this event. It is intrinsic to my sense of my life now. I will say, though, that after I wrote the assault scene itself--the one that appears in the center of the book--I threw up.

What put me in a red-hot rage was accessing old medical and police records and learning how many adults refused to help me when I was 15 and 16 years old. Now that I’m an adult--and a parent--I have a new sense of how young 15 really is, and how we as adults are obligated to the young people in our communities.

That anger was new and has not much abated, though it is mixed with astonishment, and an always-growing awareness of how these failings manifest in so many communities and in so many ways.

A: In writing this book, I was interested in understanding the different ways I had been silenced.

There are so many ways that victims’ voices are muzzled or refused, particularly in institutions of strong or legacy-based hierarchies of power.

What I felt I was doing, in writing the book, was assembling a set of notes about how that silencing works. There are certain discursive sections in the book, brief but to me important, that speak of the way language or culture on campus helped to silence girls (and others), too. 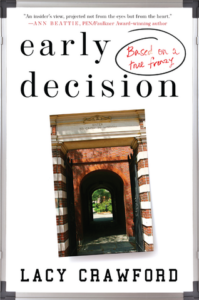 I wanted a title that would hold both the narrative about silencing and the parts of the book that address or consider how that silencing functioned.

Q: What impact do you hope the book has?

A: I can’t emphasize enough the feeling that moved through my body when I was told of the document in my student file that laid out a plan for silencing me. It validated my memories exactly, and demonstrated the truly malevolent entitlement the school had felt toward my experience and my life.

I was aware that this sort of thing happens to victims--girls and boys, women and men--all the time, in settings ranging from boarding schools to major corporations to church dioceses. And here I was discovering the actual blueprint of the silencing, the DNA of that trauma.

I wanted to show it to every single survivor on earth, to say, Look: they wanted to shut you up. You were always right. You are right, and you’ve told the truth.

I’d be so happy if my book gave other survivors the conviction of their own authority, allowed them to feel they were reliable witnesses of their own experience.

And ideally, it will cause people who have stood by, unaware or incurious about assault, to consider whether there was more going on than they might have known, and encourage them to take an interest in how power functions in organizations and institutions.

This has wider implications, of course. Sexual assault is hardly the only crime that is covered up by people in positions of power.

A: I’m lucky to have the opportunity to be in conversation now with people who are working on problems of assault and institutional integrity, and I’m doing the best I can to read and prepare for those conversations so I can contribute. I look forward to returning to my writing desk when I can--maybe when, and if, school starts again.