Katherine Hill is the author of the new novel A Short Move. She also has written the novel The Violet Hour, and is the co-author of The Ferrante Letters: An Experiment in Collective Criticism. She is an assistant professor of English at Adelphi University, and she live in Brooklyn.

Q: How did you come up with the idea for A Short Move, and for your character Mitch, a football player?

A: I first met Mitch in a short story I wrote about his daughter Alyssa working in retail. Mitch was a minor character, retired from football and growing more distant from his daughter, and I found myself really interested in him—an old man already in his late 30s. So I wrote a story about him when he was roughly Alyssa’s age, basically to get to know him better.

That story also gave me a chance to develop Alyssa’s mother, Caryn, and it introduced me to Mitch’s mom, Cindy. Suddenly, I had a whole complicated family and the outlines of an accelerated, novel-length book. It felt really appropriate to the sport, which I’ve watched my entire life, to write the narrative as a series of spurts, jumping forward in time at intervals as Mitch’s life unfolds.

Q: You tell the story from a variety of characters’ perspectives. Did you know from the start that it would be a multi-point-of-view book? 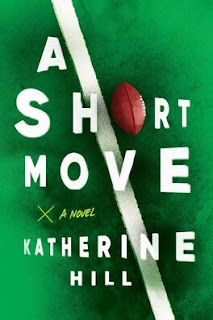 A: Yes, once I had those first two episodes, a multi-perspective approach was the only way to go.

From the beginning, I understood Mitch as someone who belongs to many different people and audiences, and I wanted the form of the book to register that in some way. I worked multiple perspectives in my first novel, too, so it actually felt pretty natural to me. Maybe it’s the only way I can write!

Q: In an interview with The Millions, you said that “one of the really important features of this book is the absences, which is something I’ve always been interested in, artistically.” Can you say more about that?

A: I really love off-the-page action. It allows the reader to learn about events indirectly, and to act as a kind of co-author, imaginatively filling in the gaps.

So many of my favorite books—Jane Austen’s Emma, Virginia Woolf’s To the Lighthouse, Jennifer Egan’s A Visit from the Goon Squad—are built around important gaps, and I wanted to write a book that would do something similar. 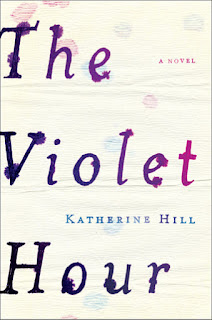 It felt right for football, which is all about exploiting physical gaps to move or stop the ball. It also felt right for a story about the clash of private and public life.

A: Tons. I’ve never played football myself, and I didn’t grow up in a football-playing family, so I had to read and watch a lot of footage to get the details right. I also had to talk to players to make sure I understood the culture and psychology of the sport.

Maybe the biggest surprise in my research was that I got to learn so much about subjects that are technically outside of football.

I read outstanding books about evangelical Christianity (Tanya Luhrmann’s When God Talks Back), reproductive technology (Henry Greely’s The End of Sex and the Future of Human Reproduction), and the American soldier’s experience in Vietnam (Christian Appy’s Working-Class War), all of which had something really important to show me about my characters and their experiences. 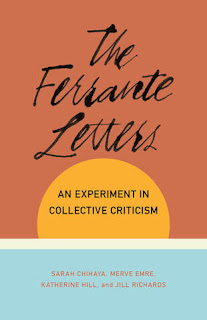 A: My baby turned six months old the same day A Short Move was released, so I’m mostly just enjoying her first year of life. I do have some messy early pages of a new novel on the back burner. It’s still too provisional for me to say much about it, but there’s a good chance it will have more than one perspective.

A: This is actually my second book in 2020—a sentence I can’t believe I get to say!

The first is a co-authored book of literary criticism about the Italian novelist Elena Ferrante. It’s called The Ferrante Letters: An Experiment in Collective Criticism, and it’s sort of like a seminar in four voices for fans of the Neapolitan Quartet.

In 2015, I spent the summer reading and exchanging letters about the novels with my co-authors: Sarah Chihaya, Merve Emre, and Jill Richards, all literature scholars and wonderful writers.

Our book republishes and expands that correspondence, offering ideas about Ferrante’s books, friendship, and reading in general. It was such a fun and illuminating way to write, like being in a band with really talented musicians.