R.L. Maizes is the author of the new novel Other People's Pets. She also has written the story collection We Love Anderson Cooper, and her work has appeared in The Washington Post and The New York Times. She lives in Boulder County, Colorado.

Q: How did you come up with the idea for Other People's Pets, and for your characters La La and Zev?

A: A number of things came together to create the idea for the book and the characters. Like La La Fine, the protagonist, I’m concerned about animals, domesticated and wild.

I also love magical realism, and as I was writing the first draft, La La emerged as a character who could magically sense what animals feel. That was a very exciting moment for me as a writer because I loved the idea of imagining what moving through the world would be like for an animal empath.

In the book, La La’s mother has disappeared. When I was a child, my father would disappear for weeks at a time. I wanted to explore the impact on a child of a missing parent.

Finally, when I was growing up, our house was burglarized several times, including once when I was in it. That was terrifying. But rather than making Zev a villain in the story, I thought it would be fun to write the story, at least in part, from the burglar’s perspective.

Q: How would you describe the relationship between La La and Zev? 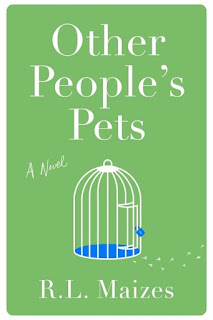 A: Zev loves his daughter, but his career as a burglar has had a terrible impact on her. So La La has very mixed feelings toward him. He didn’t abandon her, like her mother did, and she’s grateful for that.

At the same time, she resents that he isolated her when she was a child and that his arrest when she is an adult interferes with her ability to pursue her dream of becoming a veterinarian.

For his part, Zev misses the closeness he had with La La when she was a child. He also regrets the ways in which he hurt her. The book explores, among other things, whether La La and Zev can learn to appreciate one another while acknowledging each other’s limitations.

Q: You've said that your "connection to animals really grew during a difficult first marriage and after I was divorced." What did animals mean to you during that time, and how connected do you feel to the pets you have today?

A: When I brought Tilly, my black lab, home from the shelter, she looked at me with so much love and appreciation, the kind of look I never got from my first husband anymore. The first weekend I had her, she curled up next to me on the couch and rested her head on my lap. It had been a long time since anyone had showed me that kind of physical affection.

Tilly was a needy dog, but I had a lot of unmet needs, too, so we made a good pair. She could also be a prima donna, throwing temper tantrums when she didn’t get her way. I loved her big personality, that she demanded things from life, and it reminded me to demand things from life, too. 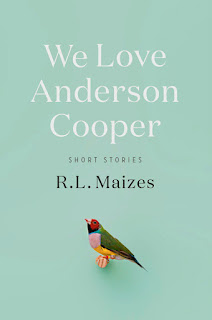 These days, I have a cat, Arie, and a dog, Rosie, both rescues. Thankfully, I’m in a good marriage now, but that doesn’t take away from the closeness I feel to both animals. Dogs and cats tend to live in the world, while humans tend to live in their heads. I’m particularly guilty of that, ruminating excessively, worrying endlessly.

My animals ground me. They remind me to look around at this gorgeous world we live in. To smell and taste it. They eat with gusto, never counting calories. They’re never too busy for an ear scratch or a belly rub, and when they want affection I try to stop what I’m doing—usually writing—and give them some, because having lost animals, I know they won’t be around forever.

Q: The book is set in Colorado. How important is setting to you in your writing?

A: I grew up in Queens, New York, but I’ve lived in Colorado since 1996. From my house, I hear coyotes singing. Foxes trot down the street. Red-tailed hawks hunt for their dinner  (and often leave behind evidence of their meal). Occasionally, I’ll see a great blue heron or an eagle soaring overhead. A deer might make an appearance. Only a few miles away, black bears gorge themselves on berries and fruit.

Just about everyone in my neighborhood has a dog. Communities often form around the dogs, who meet each other on their walks. You learn the dogs’ names first and, only later, their guardians’ names. It felt very natural to set the novel, which features all kinds of animals, in Colorado.

A: After writing the novel for three years, working on it six days a week, and writing a story collection before that, I started to feel that my life was a bit out of balance.

So while I’m still writing, I’m about to start volunteering for a political campaign. In 2016, I worked as a poll watcher during the presidential campaign, and I’m planning to do that, too. I’m trying to learn to play guitar, but sometimes I forget to practice. And recently I started mentoring a lovely young writer.

A: Thank you for taking the time to interview me, and thank you to readers who pick up the book. As a reader myself, I know there are many books to choose from, so many it can, at times, seem overwhelming. I’m grateful to anyone who gives their time to La La and Zev. To those readers, I think can say with confidence, the book will be different from anything else you’ve read.