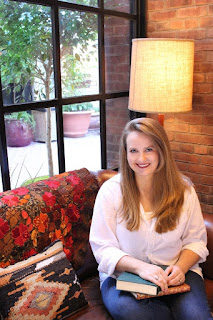 Camille Di Maio is the author of the new historical novel The First Emma, which is based on the life of a woman named Emma Koehler. Di Maio's other books include The Beautiful Strangers and The Way of Beauty.

Q: You note that you first learned about Emma Koehler when you lived in San Antonio. What intrigued you about her, and at what point did you decide to write a novel based on her life?

A: Emma Koehler's story is the epitome of truth being stranger than fiction.

When the dilapidated Pearl area underwent development, I watched with awe as the old brewery was transformed into a world-class area. Hotel Emma is truly a marvelous place and it inspired me to research who the "Emma" was to have such a place named for her.

When I learned her story - love, murder, war, business, Prohibition... I knew it had to be brought to light. Despite being a fourth-generation San Antonian, I had never heard of her. And her story deserved to be told. 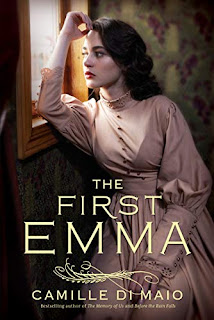 A: Research was much more difficult than I anticipated when I set out. There were very few records available and a hunt for journals or first-hand accounts went nowhere. I relied heavily on internet research, Ancestry.com, and old newspaper stories to piece together a more full account of her life.

Still - I admit that it is a bit of a skeleton. I had to make reasonable guesses when I found conflicting information or pieces of her story that were missing altogether.

I almost gave up, out of a keen sense of wanting to be deeply faithful to her life. But then I realized that if we let these lost stories of unknown women slip through our fingers, we'll miss the opportunity to be inspired by all that they did.

Q: What did you see as the right blend between the historical characters and your own fictional creations? 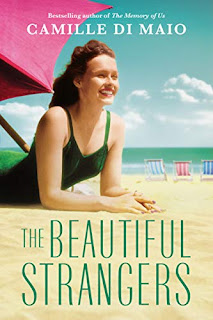 A: Usually in historical fiction, we have to pick and choose what goes in so that we don't fall into "info dump" and so we keep the narrative flowing.

In the case of The First Emma, I used every single fact I learned about her because it was sparse. That's when I decided to also write a fictional companion character - a young woman who had lost much in the war and is hired to write Emma's memoirs in the final months of Emma's life.

By telling the story through Mabel's eyes, the modern-day reader has a character in which they can see themselves - someone who is inspired by the woman's tale - and it also creates a field to write a romance. Emma never remarried - but Mabel's storyline allowed me to write a fictional story that echoes the tone of all of my books.

Q: What does Emma's life say about women in business in the early 20th century?

A: It definitely points to a capability that we have that went so largely underutilized, to say the least. But additionally, it makes me wonder how many other women like Emma were out there - pioneers whose names and stories are lost to history. I would bet that there are plenty of them and I would love to discover more. 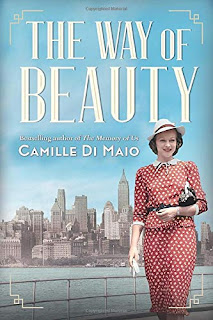 A: I am writing a book called Come Fly With Me about two fictional Pan Am stewardesses in the early 1960s. I am learning sooo much about the era and the lifestyle and have spent much time these past few months interviewing women who have really enriched it!

A: I love to keep in touch with my readers! You can find me primarily on Instagram @camilledimaio_author, follow my You Tube channel for interviews, book news, and trailers, and go to https://www.camilledimaio.com/contact to sign up for my newsletter.