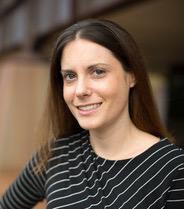 Katherine D. Kinzler is the author of the new book How You Say It: Why You Talk the Way You Do--And What It Says About You. Her work has appeared in The New York Times and other publications. She is a professor of psychology at the University of Chicago.

Q: How did you get interested in the issue of linguistic differences, and what inspired you to write this book?

A: I first got interested in linguistic differences in 2003, when I spent some time in Croatia, and traveling in neighboring Bosnia, Serbia, and Slovenia.

In the 1990s a brutal civil war, characterized by interethnic conflict, had led to the breakup of Yugoslavia. In 2003, unresolved feelings related to the conflict still lingered.

I signed up for an introductory language course, and the textbook that I purchased was called Introduction to Serbo-Croatian.

Yet I soon discovered that Serbo-Croatian was not a unitary language, as the book’s title suggested. Croatian and Serbian were mutually intelligible  —  sure, people could speak to each other (though they used different written alphabets). But people spoke Croatian or Serbian. (Or Bosnian.)

In the language class, the Croatian instructor often corrected us: “Don’t say it like this  —  that’s a Serbian way of speaking.”

Even as a cultural and linguistic outsider, and prior to having any formal training in psychology or linguistics, I quickly came to understand that the languages of the Balkans were not static entities. Languages are dynamic, and they morph with the social lives of the people who speak them.

Returning to the United States, and starting a Ph.D. program in psychology, I realized that I didn’t need to travel to the Balkans, or even venture outside my own country, to see how the way people speak unites or divides them.

I started a research program trying to see how linguistic differences are reflected in children’s minds.

Babies presumably don’t really have any deep linguistic identities  —  at least not in the way adults do. After all, they are not speaking yet and have only just begun the process of learning what their language is.

But it nonetheless seemed possible that babies could have some early intuitions about the social function of language.

This is what my research has explored for the past 17 years.

Since then, I realized that the issues I am touching on are so personal for so many people’s lives. 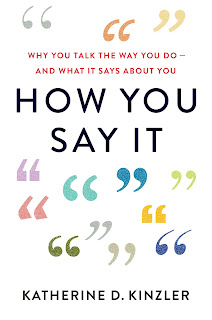 Issues such as how language becomes critical for your identity, your social connections, your morality – and when and why people discriminate against others based on their speech. So I wanted to write a book that would have a dialogue with people who care about language in a personal way.

Q: You write that “almost every aspect of social life is shaped by the way we speak.” Why is that?

A: Language shapes all of social life – the good and the bad.

It matters for who you connect with, who you are more likely to love, and sometimes – who you hate. It matters for people’s access to information, whether they are treated as saying something true, and their economic opportunities in life.

So maybe I have left some facets of life off the list above, but the way people speak is critical for so much of our social lives, and we don’t always realize this about ourselves.

A: My own research is in social and developmental psychology. Some of the book focuses on my and my colleagues’ studies with babies and young children.

As they get older, I’ve found how kids start to learn linguistic prejudice, and stereotypes about different groups of speakers that society brings them.

But the book is much broader than my own work, and incorporates insight from a number of fields -- sociolinguistics and psycholinguistics, anthropology, education, and law, among others.

One thing that has surprised me – and saddened me – is the sheer amount of linguistic bias that is out there, and not always acknowledged.

You can look at really diverse fields, from studies of legal cases, to studies of housing discrimination, to studies of how people evaluate each other in a lab setting, and basically across the board you find that people who speak in what others see as a nonstandard dialect are treated less well than they should be.

A: That the way we talk is an underappreciated aspect of our social identities, with relevance for human connections, prejudice and social divisions, and society.

When you think about your identity – how you feel about being “you,” who you connect with, who you like, and who you don’t like – you may not think much about your language.

But once you start to see how your identity relates to the way you speak, and how others speak, I think you’ll start seeing language everywhere.

A: Like lots of parents, I am currently spending a lot of time with my kids, because I have a 6-year-old and a baby!

In terms of academic work, I have some truly amazing graduate students who work with me to take the work forward.

Some of this is about language – and cross-cultural research on how kids start to think about linguistic prejudice in different places in the world. Recently, we’ve also been thinking more about gender and race.

My students have been studying how children see different ways of “being a leader” as tied up in gender and race, to better understand the disparities in political representation across groups that we see in adults, and how we might work to correct them.

A: I feel like I just talked a lot about linguistic bias and discrimination – but the book has a lot of optimism, too!

Another thing to know is about how we can use our language intentionally with kids, to try to stop social biases before they start.