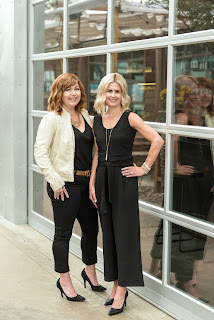 Liz Fenton and Lisa Steinke are the authors of the new novel How To Save a Life. Their other books include The Two Lila Bennets and Girls' Night Out.

Q: You've said you originally planned to write another thriller, but instead chose to "get back to our roots" in this novel. What caused you to make that choice?

A: We love writing suspense, but after The Two Lila Bennets, we felt a pull toward our roots in magical realism.

We decided to write a story that was a bit of a hybrid of the two genres—a book that has a suspenseful, page-turning, what’s-going-to-happen feeling but at its core, is about the love story between the two characters.

Q: How did you come up with the idea for your characters Dom and Mia? 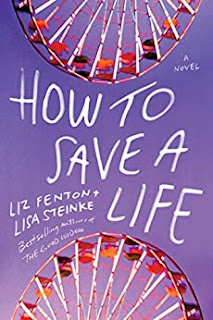 A: We knew we wanted to tell this story from a male’s perspective, something we haven’t done before. Dom’s character came to us rather quickly. We wanted him to be a complicated guy, a man who had a lot to learn about himself. A man with a lot of fears that hold him back.

We wanted Mia to be very different. She has always lived her life without fear. She trusts her heart and her gut. As often happens with love, opposites have attracted. And after ten years of being apart, can they bridge those gaps?

Q: The novel has been described as a Groundhog Day-style story--was that your inspiration, or was it something else? 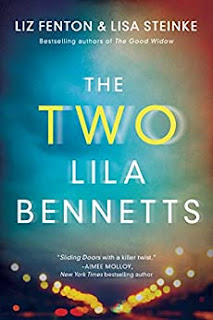 We wanted to tell a story about regret and second chances, and what better way to do that than to force your protagonist to live the same day over and over?

Q: You've been writing together for quite a while now--has your style of collaboration changed at all over the years?

A: It has. When we started writing together, we simply wrote. We didn’t plan out how we’d do it and a rhythm fell into place. 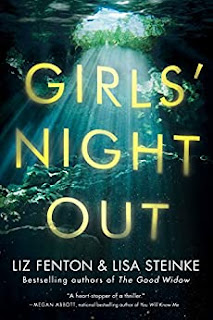 But after we wrote our fifth book, Girls' Night Out, we learned that our personality differences, while they often complemented each other, started to conflict. Long story short, we had to rewrite the novel several times and during that intense editing process, we started to unravel.

We learned that we needed to talk about our process. Figure out what needed to be fine-tuned or changed entirely. It was the healthiest thing we’ve done for our writing.

A: We are almost done with our eighth novel. We can’t talk about it yet, but we can tell you that it’s a story in the same vein as How to Save A Life.

A: We are very active on Instagram and love interacting with our readers there. Come follow us! @lisaandliz. You can find us on Facebook - Liz Fenton and Lisa Steinke or at our website www.lizandlisa.com.