Gerard Koeppel is the author of the new book Not a Gentleman's Work: The Untold Story of a Gruesome Murder at Sea and the Long Road to Truth. His other books include City on a Grid and Bond of Union. He lives in Manhattan.

Q: You write, "This book began with an endnote." What first inspired you to write Not a Gentleman's Work?

A: I was thinking about writing a book having to do with Joshua Slocum, the first person to sail alone around the world, from 1895 to 1898.

Reading an annotated version of his 1900 book about the voyage, I paused on an endnote about Slocum’s description of his small sloop’s self-steering ability, a quality in larger ships that, Slocum wrote, had been at issue “in a famous murder trial in Boston, not long since.”

The endnote briefly explained Slocum’s reference to the trial of ship’s first mate Thomas Bram, his conviction, and his sentence “to life imprisonment at hard labor.” 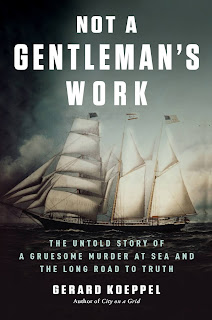 A quick search for Bram online indicated that, in fact, he served only a short time in prison, was pardoned by President Wilson, returned to the sea as a successful captain of his own ship, and died peacefully at an old age. It seemed to me there was a story to tell.

Q: What kind of research did you need to do to recreate the book's events, and did you learn anything that especially surprised you?

A: The essential text to research this story is the 5,500 pages of trial testimony filling eight bound typescript volumes in the Harvard Law School library. There is also the extensive newspaper coverage—local, national, and international—but the trial testimony comes without editorial affect.

What especially surprised me in the trial transcripts—something that no newspaper writer covering Bram’s trial focused on—was how close Bram’s otherwise very skilled lawyers came to showing the most important witness against him to be a liar, before pulling back and moving on.

I found myself urging on the defense attorneys in their pointed questioning of the ship’s only passenger, the near-Brahmin Harvard dropout Lester Monks, and then left bewildered by their failure to ask the logical next questions that would exonerate Bram. 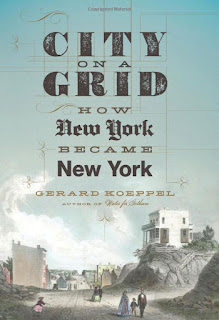 Q: The title comes from a quote from Crime and Punishment. Why did you choose that, and what does it signify for you?

A: The line comes near the end of Dostoevsky’s Crime and Punishment, as Raskolnikov approaches his moral rebirth, confronted by his fellow prisoners: “‘You’re a gentleman,’ they used to say. ‘You shouldn’t hack about with an axe; that’s not a gentleman’s work.’”

It struck me that the suggestion of ungentlemanly axe hacking could be applied in different ways to the two likeliest killers in my story. If Bram had done the killings, they would have been the work of someone who, as a mixed-race sailor, arguably wasn’t a gentleman. If Monks had done it, then he, arguably a gentleman, ought not to have.

A: As with most murders in which the facts are not readily clear—from who did it to how and especially why it was done—it’s important to clear out your preconceptions. It was very easy in the 1890s to pin the killings on Thomas Bram; to pin them on Lester Monks would have upset social norms. 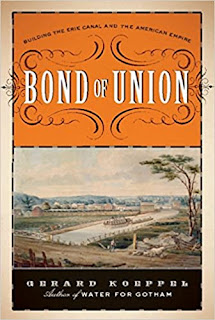 In following the lives of Bram and Monks to their deaths—Monks relatively young from alcohol, Bram during retired old age—the reader can see how decisions made in youth have effects for life. When considering the decisions of others, don’t accept what third parties have to say about them: make your own inquiries and reach your own conclusions.

A: After three prior books on aspects of New York City history and this one venture to sea and Boston, it looks like I’m returning to Manhattan for a story about one of its streets, actually one block of one avenue, the history of which contains the long life of the city. That’s all I can say for now.

A: I think that’s it, other than my apologies to Bostonians if I got any details wrong. I’m well acquainted with boats and the ocean, so I think I got all the shipboard stuff right, but if I got anything Boston wrong, please understand that I’m from New York and do at least give me some credit for being a Mets fan and properly despising the Yankees.