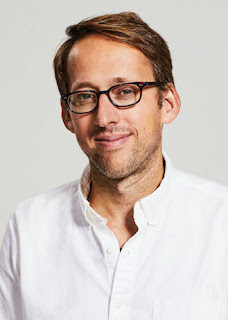 Daniel Riley is the author of the new novel Barcelona Days. He also has written the novel Fly Me. A correspondent at GQ, he lives in New York City.

Q: Why did you decide to center your new novel around an Icelandic volcanic eruption, and why did you set the book in Barcelona?

A: In 2010 when the Icelandic volcano eruption shut off all ins and outs in Europe, one story came out involving Stanley McCrystal and a journalist—they were stuck in Paris together, and the story that resulted from it led to his resignation.

I thought, Oh my gosh, if not for this event, both of them would have had a different trajectory. There must be thousands of versions of this, of lives put on pause—a relationship, a career, not being able to get to the place you were supposed to go. It’s an exciting premise for a movie or a book.

Fast forward—having written my first novel, I had run into a bad spot with a book I thought I was going to write.

I went on vacation to Barcelona in May 2017. I had on-the-ground detail and atmospherics while thinking about a new concept. I had been there a number of times.

I had, as a writer, to know more [about the city] than my two characters, although I didn’t have to speak with the authority of someone from there.

Q: The novel takes place over the course of several days. How did you structure the book, and what was it like to write something that occurs over a short period of time?

[With Barcelona Days,] I liked the idea of creating a very immediate space in which a lot could change quickly. There are flashbacks. It’s a close third person perspective, where you can feel in-scene immediacy. 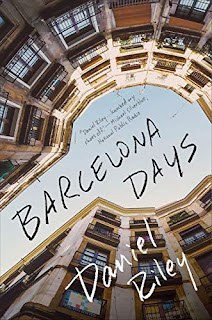 I was able to structure the book out, and plot it out ahead of time, having that squashed period of time. I found it more clarifying to know what needed to happen at the end of any given day or scene, instead of an amorphous period of time.

Q: How did you come up with your characters Will and Whitney, and how would you describe their relationship?

A: In the first book, I’d written about my parents’ generation. It was set in the early ‘70s, closer to their milieu.

In this book, I situated it with my cohort. The characters are a little younger, but they live in New York City and I know people in their kind of worlds and the things they’re concerned with.

I had noticed in my late 20s that a lot of people six, seven, eight years out of college had a massive pivot. They were looking at the life they had been leading since college and deciding whether to continue or trash it all: Are we really going to get married or are we different people? I’m building a career, but is this what I want to do with the rest of my life?

I hadn’t read a lot of things set in that particular moment when people really blow up their lives. I was interested in having that question hang over these two characters. They are obviously compatible in a lot of ways, but they [are also experiencing problems]. It takes something like this to bring it to the surface.

They are tempting fate with the argument they have at the beginning of the book. It’s a version of things I’d seen people go through. I’m smack in the middle of the millennial generation. We got on a conveyor belt at 13, with all-time records of homework in high school, a lot of work in college, very careerist, people acting too adult, living an almost married life through their 20s. 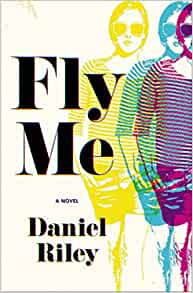 Then there’s almost the opposite: I need a gap of not doing that, of being single, of not working for a year. There wasn’t sufficient ability to be young; it was such a grind.

I graduated into the recession, in 2008. There are studies of the profound implications of graduating into that moment on your long-term prospects. It’s interesting to watch the idea of millennial burnout percolate. And then there’s the pandemic.

Q: So what do you hope readers take away from the book?

A: The thing I was most interested in exploring was the scale of personal trials and tribulations, of conflicts within your own relationships, versus bigger conflicts in the world. I or people I’ve known have made things harder for ourselves in some ways.

With this couple [in the novel], it ends on that note. They could decide not to do this to each other any more. The question “can you decide to be happy or not” is hanging over it.

A: I have another novel idea—hopefully in three years we’ll be talking about that one!

Also, I was features editor at GQ and I’m still writing for them and have nonfiction ideas I’m thinking about.

In our last interview, I talked about the film rights to my first book, and I wrote the screenplay, which is opening screenwriting doors.

I’m finding a balance between fiction, nonfiction, and screenwriting.

A: Now that the U.S. is in poor shape with the virus, and Europe banned travel for Americans, this book is a small stand-in for a transporting experience: you can take a little trip and know what it’s like to be in this place.