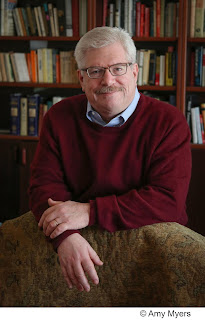 Michael Hiltzik is the author of the new book Iron Empires: Robber Barons, Railroads, and the Making of Modern America. His other books include The New Deal and Colossus. A Pulitzer Prize-winning journalist, he works for the Los Angeles Times.

Q: Why did you decide to write about the robber barons who were involved in the railroad industry in the Gilded Age?

A: The idea for the book evolved over a period of about a year, after the completion of my previous book, Big Science, a biography of the physicist Ernest Lawrence within the context of nuclear physics from the 1930s through World War II.

I’ve always been interested in 19th century American history and the history of technology, so my first thought was to write about the building of the transcontinental railroad, which was completed in 1869. But that story was told recently enough that it didn’t warrant a new treatment just now.

So I began thinking about starting in 1869, and telling the story of the development of the railroads—and America—from that point on. That would enable me to deal with the railroads as technological achievements and features of the economic landscape.

In turn, that meant telling the story of the original Gilded Age, and my editor and I both agreed that the best way to tell that story was through the lives and work of the first generation of railroad tycoons.

Q: The book focuses on several titans, including Cornelius Vanderbilt, Jay Gould, J.P. Morgan, and E.H. Harriman. What role did they play in late 19th century American life, and do you see any people today playing similar roles?

A: These tycoons were the first business celebrities in American history. 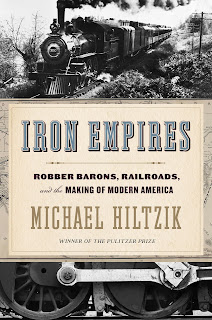 I quote James Bryce, a Scottish diplomat who wrote sort of a sequel to Tocqueville’s Democracy in America in 1888, writing, “The railway kings are among the greatest men, perhaps I may say are the greatest men, in America….They have fame, for everyone has heard of their achievements; every newspaper chronicles their movements. They have power, more power—that is, more opportunity of making their personal will prevail—than perhaps anyone in political life.”

Bryce was right, though he did not foresee that public admiration of these business leaders would rise and fall with how Americans thought of the railroads—which would by no means be universally positive.

The railroads were at first seen as expressions of America’s technological and economic might, but soon enough the realization emerged that they were economic actors in their own right, and not primarily concerned with anything but their own profits.

That was especially true during business slumps, when they laid off workers by the thousands—leading to the creation of America’s first nationwide labor union and fomenting its first major national strike. In short, public regard for them vacillated between great respect and admiration, and profound suspicion, even hatred.

Every era has its own business leaders that attract admiration and disdain, often in equal measure. 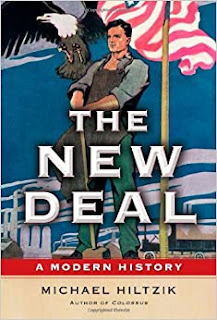 The closest to the robber barons we have today are Silicon Valley and high tech tycoons such as Facebook’s Mark Zuckerberg and Tesla’s Elon Musk, and bit earlier Microsoft’s Bill Gates and Apple’s Steve Jobs.

They show the same bad habits of their predecessors in believing that the welfare of themselves and their corporations is synonymous with the public interest, and the same inclination to impose costs on the public in the course of building profits for themselves.

They resemble their predecessors, too, in sometimes being treated as sages in all things even though their successes are in fact narrow. Like the robber barons of the earlier age, some deserve public esteem, some don’t.

A: I researched the book by mining archives and libraries in New York, California, St. Paul, and elsewhere, as well as contemporary memoirs, newspapers, and financial records and journals.

For the cultural aspects of the story, there’s The Gilded Age, the 1873 satire by Mark Twain and Charles Dudley Warner that gave the period its name; I also quote extensively from the poetry and prose of Walt Whitman, which reflect the waxing and waning of American esteem for the railroads and their owners.

Writing history is a succession of surprises, especially at the remove of more than a century.

I was surprised to learn of the rapidity of the rise of Edward H. Harriman, whose railroad career spanned barely a decade but whose rapid absorption of detail and aggressive dealmaking made him the most important magnate in the industry before the turn of the century.

I was also surprised by the fact that many of the most important leaders in the railroad industry in the first decades after 1869 cared little for maintaining and improving their roads; their interest was in trading railroad securities—that’s where the profits were. 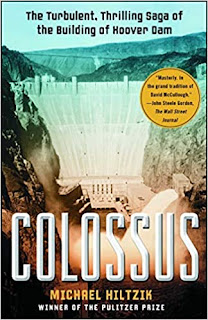 Q: What do you think are some of the most common perceptions and misperceptions about these robber barons and the impact they had?

A: The public thinks of the “robber barons” as a uniformly rapacious, self-interested crowd.

Some were seen this way at the time, especially Vanderbilt and Jay Gould, but the general impression was probably formed more by the Pujo Committee, a Congressional investigation that laid bare the manipulations of the barons in 1912-1913, and whose conclusions became the gist of Other People’s Money, an influential book that made the name of a Boston lawyer named Louis Brandeis and eventually propelled him to the Supreme Court.

The truth was that the robber barons made an important contribution to America’s economic development—at least, some of them did. Vanderbilt and Harriman brought the railroads into the modern world of corporate management.

J.P. Morgan rationalized the industry by ending competitive behavior such as the construction of unnecessary lines devised strictly to goad competitors into buying them out. Morgan understood that railroads were in a general sense natural monopolies, though his attempts to monopolize the industry for himself went too far.

A: Still contemplating my next project.

A: Studying and writing about this period was not only fascinating in its own right, but instructive about our own time. After all, the Gilded Age of the 19th century was only the first. We’ve been living through the second—another period of ostentatious getting and spending of extreme wealth—in our own time.