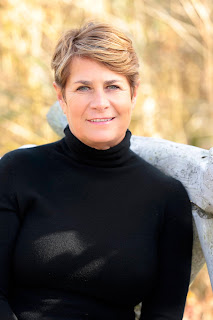 Martha Hunt Handler is the author of the new young adult novel Winter of the Wolf. She is an advocate for wolves at the Wolf Conservation Center, and she lives in New York.

Q: You note that the death of your best friend's son inspired you to write this book. How did you end up creating your character Bean?

A: Bean is a fictionalized and idealized version of myself at 15. While Bean trusts her knowing, as Glennon Doyle so eloquently puts it in her memoir Untamed, I wasn’t nearly so trusting of my feelings and thoughts in my teens.

From a very young age, I distinctly remember being able to hear various voices in nature, but when I shared this ability, even with trusted friends, they didn’t believe me, or worse yet, I was ridiculed and made to feel like I had a screw loose. Over time, I began to doubt myself, and subsequently, these voices and their messages began to fade.

Much of my motivation in creating the character of Bean was to encourage young adults to trust their instincts and intuition. Unfortunately, the lessons we learn from an early age, especially females, are to "fit in" and "not make waves." But this isn't healthy, nor is it in our best interest.

All the things we feel inside are a gift, and they should be paid attention to and acted upon, but our society doesn’t make doing so especially easy, so to be authentic, you have to be brave. I hope that Bean will challenge readers to accept and embrace the totality of who they are and live from this place of knowing. 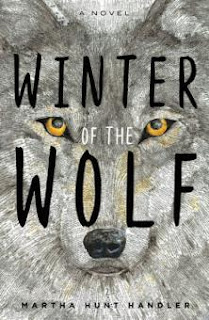 Q: The novel takes place in Minnesota. How important is setting to you in your writing?

A: In general, I believe setting is essential to storytelling. I know when I'm reading, I love nothing more than to imagine the characters walking around in places and in periods that are new and unfamiliar to me. It allows me to escape for a bit, and it also gives me a grounding space for all that is unfolding before my eyes.

Initially, the setting for Winter of the Wolf was northern Illinois, in an area much like the one where I grew up because it was familiar and made sense in the context of the novel. But when I added a wolf to my story, this location no longer worked because wolves haven’t existed in Illinois since the late 1800s.

After doing a bit of research, I decided on northern Minnesota because it checked off all the necessary boxes. It was a place where one could, if they were very lucky, still see a wolf, the winters are cold and long, and the towns are small and close-knit.

Q: You've been interested in wolves and wolf conservation for many years--why did you decide to incorporate that theme into the novel?

A: The short answer is that I'll take every platform I'm provided to educate people about this widely misunderstood predator! But the longer answer is that I was looking for an animal that [Bean's brother] Sam might shape-shift into given his Inuit beliefs and personality traits.

When I re-read the book Animal Speak, The Spiritual & Magical Powers of Creatures Great and Small, the description of a wolf as a totem animal was a perfect match for Sam because it symbolizes instinct, intelligence, an appetite for freedom, and an awareness of the importance of social connections.

This, coupled with the fact that my author proceeds are going to the Wolf Conservation Center, made it a win-win scenario.

Q: Can you say more about what you hope readers take away from the story?

A: So many, many things, but I’ll name just a few!

A big lesson I hope readers take away with them is the sense that death is not an end, but a part of a larger circle (birth, death, rebirth). Death is nothing more than a soul’s way of transitioning.

The first law of thermodynamics tells us that energy cannot be made nor destroyed; it can only change forms. What form the deceased’s energy takes is anyone’s guess, but I think it’s important to note that the soul is still with us, somewhere, in some form.

So, wouldn’t it make sense that when someone dies, rather than grieving, we should be filled with gratitude that we had this beautiful soul with us for as long as we did?

I know you can’t fairly compare people to novels, but imagine you’ve just finished a remarkable book, and then it’s inexplicably consumed by flames. Would you live in despair for months or even years because you can no longer hold it in your hands, or would you rejoice that you read it and learned from it and can forever hold it in your heart?

Suicides are different than other deaths. I did loads of research on this topic and have lost many friends to suicide, and what’s most sad about them is the added level of blame and guilt placed on the survivors. People seem to believe on some level that their deaths may have been preventable.

I want readers to come away with the understanding that all deaths are equal. For whatever reason, a soul needed to depart this human form, at that particular moment, for it to keep growing. And the only way to honor that soul is to keep them alive in your mind by remembering all that they taught you and all the moments you shared.

I also want readers to be reminded of our interconnectedness to every soul on the planet, as well as to the planet itself. It’s easy to lose sight of the fact that we are all in this together, and what we do affects everything around us. The Covid-19 virus has hopefully been not only a wake-up call but a call to action. I hope we’re listening.

A: I’ve been seriously considering writing a sequel to Winter of the Wolf. It would be fun to see what happens to Bean in the next 5-7 years. How does her relationship with her brothers pan out? Does she have a romantic relationship with Skip? Does Skip have a deep, dark secret he’s been hiding? Might it possibly involve his family?

I don’t, by the way, have answers to any of these questions, but they’re floating around my head.

On a much lighter note, because Winter of the Wolf was a heavy place for me to reside for the last 18 years, I’m considering writing a humorous memoir. For years I’ve been collecting Emily Post’s books on manners and etiquette, and I think it would be fun to compare and contrast how much societal rules have changed over time using my stories and those of some friends.

A: My husband and I were grand prize winners of The Newlywed Game, and I love spending time in Antarctica and the Arctic, or anywhere that's snowy and cold. I don’t believe this is menopause-related, but it could be!