Q: How did you come up with the idea for I Love My Fangs?

A: Every year, I do an online event called Storystorm where the goal is to write down a picture book idea for each day of the month. Usually it's in January. It's loads of fun but extremely challenging.

I start off with a bunch of ideas during the beginning of the month but halfway through it, the ideas seem to just disappear. I like to make lists when this happens. I match up different parts of the lists to see if it could make an interesting story. I Love My Fangs was one of my list ideas! It was also my favorite from that year's Storystorm.

Q: Did you work on the text first, or the illustrations first, or both simultaneously?

A: It really depends on the story. Each story seems like it needs something different. 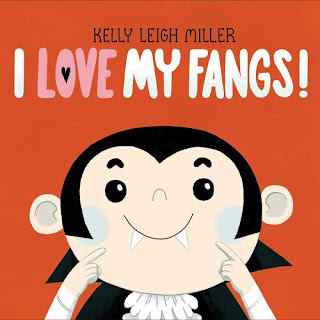 Q: How did you develop your style of illustrating?

A: Style is such a hard thing to talk about and put into words! The way I personally found my style was through experimentation and observation. It's changed a lot over time. I'm big into messy sketchbooks and I use mine to play around with different ideas. Sometimes it works and sometimes it doesn't, but that's the whole point of experimentation!

Q: Which picture books do you particularly admire? 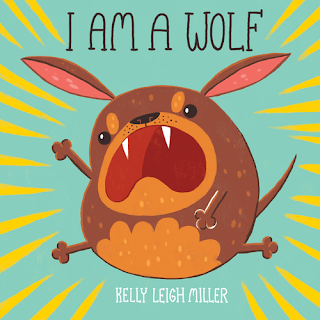 A: There are so many! Love, Z by Jessie Sima, If Polar Bears Disappeared by Lily Willams, How To Make Friends with a Ghost by Rebecca Green, Seagull & Sea Dragon by Sydni Gregg, Georgia's Terrific, Colorific Experiment by Zoe Persico, Rescuing Mrs. Birdley by Aaron Reynolds and Emma Reynolds, Grupycorn by Sarah McIntyre, Uni the Unicorn by Amy Krouse Rosenthal and Brigette Barrager, Franklin's Flying Bookshop by Jen Campbell and Katie Harnett, The Princess and the Pony by Kate Beaton, Charlotte and the Rock by Stephen W. Martin and Samantha Cotterill, Interstellar Cinderella by Deborah Underwood and Meg Hung, and Wild by Emily Hughes. I could keep going!

A: I have three picture books I'm currently working on! Two haven't been announced yet so they're still a secret, but one of them is a sequel to I Love My Fangs called I Love My Fur! It's about Dracula's classmate Bigfoot and how his love for his fur gets a bit out of hand.

A: Keep a look out since there will be some interesting announcements in the future! I can't talk about it right now, but I can't wait until it goes public.