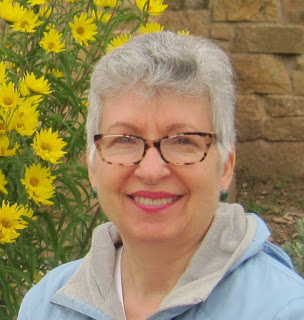 Darlene Beck-Jacobson is the author of Wishes, Dares, and How to Stand Up to a Bully, a new middle grade novel for kids. She also has written the middle grade novel Wheels of Change. A former teacher and speech therapist, she lives in New Jersey.

Q: You write that the idea for Wishes, Dares, and How to Stand Up to a Bully came to you in a dream. How did you create your character Jack?

A: It was Jack who found me. I was between projects and at a loss as to what to write about.

On one particular morning in May 2018, I awoke with the name JACK and a number of four-letter words circling around my thoughts like a mantra. The more these words circled, the more they took shape and began shouting at me. “Here’s the title!” “Here’s the premise…of a boy missing his father who is at war.” I repeated these words, phrases, titles, like a song I wanted to memorize so I wouldn’t forget.

I raced out of bed, grabbed a notebook and pencil, and wrote down everything circling in my brain. Pages and pages filled the notebook, including a list of four-letter words I hoped to use in the story. (The working title of the manuscript was Fish, Wish, and Other Four Letter Words.)

Several pages later, when I felt relief that I hadn’t lost this dream – this gift every writer hopes for – I breathed a sigh and began my day.

I met Jack each day with a new word. He told me his story and I wrote it down, just as he spoke it. It was as if a flesh-and-blood boy was in the room with me, telling me what he wanted me to know. I am grateful that Jack’s voice was so loud and clear. 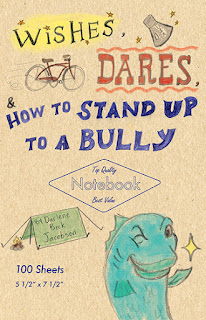 Q: The novel is set in the 1960s. Why did you decide on that time period, and did you need to do any research to write the book?

A: When I first started writing, I wasn’t sure what time period the story was taking place. It wasn’t until Jack met Jill that I realized my setting needed to be a more carefree time when kids could ride bikes and roam around town on lazy summer days. No parents hovered about, no cell phones or structured activities.  A time when kids were left to their own devices for entertainment.

That time period sounded a lot like the era I grew up in – the 1960s. Channeling into my own childhood was all the research I needed to get the right feel for the story. I did some fact-checking and internet research to hone in on specific details, but most of the “fun” activities enjoyed by Jack, his sister Katy, and Jill were things my sister and I did every summer.

Q: The Kirkus Review of the book describes it as "conveying a powerful message of bully management." Why did you decide to write about bullying, and what do you hope kids take away from the story?

A: It was Jill’s influence on Jack that brought the bullying subplot into the story.

I began knowing Jack was missing his dad and really upset at having to spend his summer away from home with his grandparents. His dad was MIA and Jack worried about him constantly.

When Jill came along, Jack didn’t forget about his dad, but he was reminded that there were other things in his life that needed attention as well.

It’s my hope that the book will open a dialogue with kids, parents, and teachers about ways to stand up to bullying and how to be good and kind friends. 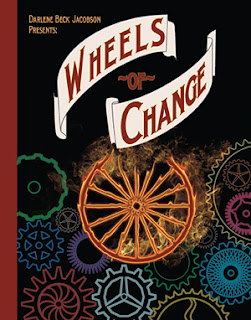 To talk about how it feels to be singled out and picked on. How it feels when others watch someone being bullied and do nothing to intervene. How it feels to be a loner and have just one person come up to you and invite you to join her at lunch or recess. How it feels to walk in someone else’s shoes and use those feelings to make the world a better, more welcoming, and kinder place.

Q: The novel is written in free verse. Why did you decide on that form of writing for this book?

A: Jack spoke to me in such a raw and stream-of-consciousness way that laid all his feelings out on the page. Free verse seemed like the perfect format for that kind of voice.

A: I am working on another novel in verse, this one from a young girl’s POV with a contemporary setting.

A: Yes. There are curriculum materials to tie in with the book. Lessons on anti-bullying, vocabulary, study questions, and word search puzzles.  There is also a link to a podcast I did where I discuss this book as well as my first MG historical, Wheels of Change (Creston 2014).

You can find this and more on my website, http://www.darlenebeckjacobson.com

Thanks so much for having me on your blog, Deborah. I hope your readers enjoyed learning a bit about Wishes, Dares, and How to Stand Up to a Bully (Creston).